Rick Wakeman has recorded several albums that intersect with the Bible, as well as more broadly with theology, and I’m looking forward to exploring them in the book I’m working on about theology and progressive rock. The New Gospels is referred to as “a modern oratorio.” Wakeman’s website tells the story of how that project came about. Here’s a snippet:

The New Gospels evolved because Rick Wakeman was asked to perform at an organ recital to raise money for the Camberley United Reform Church, which was in desperate need of a new organ. Rick pondered what to play and the more he thought about it and what the evening should mean, the more he felt that something very special was about to take place.

Thoughts of the New Testament kept creeping into his mind and he decided to write an instrumental piece to the settings of the four Gospels. He began working but after a couple of hours realised that there was no way he was going to get across the feelings he wished to portray without singing. The music seemed to cry out for an operatic tenor…

From another album, and with more potential to be incorporated directly into my class on the Bible and Music, here’s his setting of the Lord’s Prayer:

See the full list of albums categorized as Christian on his website. Of related interest, here’s Meredith Warren talking about the changes to the Lord’s Prayer that made the news a while back:

And relevant to other interests of Meredith Warren’s, here’s a review of a recent book about food and faith, and another about Aseneth (a work that Warren has studied which features sacred eating – see her article in AJR).

Food of some sort also features in the Lord’s Prayer, of course, and so it all comes full circle.

The Impossible, Necessary History of the Hymnal 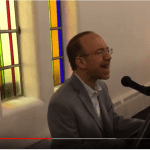 October 5, 2019
Come Where The Healing Waters Flow
Next Post 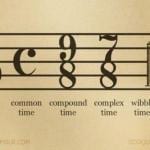