Last week, Butler University took over the Academic Minute podcast. Mine appeared on Wednesday and in it (after I was introduced as “John”) I talked about the work I have been doing with Ankur Gupta, my friend and colleague in Computer Science, on the subject of Artificial Wisdom. Have a listen:

On a related note,

Daniel H. Wilson (author of bestselling science fiction novels like Robopocalypse as well as the mostly nonfiction How To Survive a Robot Uprising) spoke at Butler University recently as part of the Woods Lecture series, and I had the privilege of not only hearing that talk, but having dinner with Wilson. He recommended a number of things to read or watch, including the short story “The Robot and the Baby” by John McCarthy. He also mentioned the Value-Sensitive Design Research Lab. And I got the chance to get an autographed copy of his novel Amped which he recommended as exploring the themes that our research project focuses on.

Also related to the topic that is the focus of this post in one way or another are the following articles and blog posts:

Why deep-learning AIs are so easy to fool

Can a machine learn to write for New Yorker Magazine?

The Resurrection of Flinders Petrie

A separate kind of intelligence

How can psychology change the ‘algorithm’ for morality in bioethics?

How to Stop Superhuman A.I. Before It Stops Us

What we should really worry about when it comes to robots and the future.

In crash scenarios, self-driving cars will behave like Spock at the end of The Wrath of Khan.

The joy of search

Branching out a bit, here is something relevant to my Butler University colleague Tom Mould’s Academic Minute podcast about competing stories in society:

There’s a battle of storytelling about migrants and Muslims

And finally, here is an article about podcasting that appeared in Inside Higher Ed.

November 12, 2019
How a Monotheistic Revolution Created a Stiff-Necked and Rebellious Past
Next Post 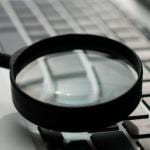 November 14, 2019 Surrogate Knowledge and Information Literacy
Recent Comments
0 | Leave a Comment
Browse Our Archives
get the latest from
Religion Prof: The Blog of James F. McGrath
Sign up for our newsletter
POPULAR AT PATHEOS Progressive Christian
1