And so why don’t they go further still? Paul went up to Jerusalem. Surely this could refer to a heavenly journey to the heavenly Jerusalem, during which he met Jacob, Yahweh’s brother. Simple! After all, Paul himself says that he was taken up to the third heaven.

My objection to this (in case you are starting to think maybe I’m onto something) is that it is the same approach religious fundamentalists take to the text, deciding what it is allowed to mean in advance, and then accepting any interpretation that provides that desired meaning, without discussion or consideration of whether the text more likely means what they think it should. Mythicists prooftext rather than exegete.

History for Atheists on the Nazareth myth

Jesus mythicism and the invisibility of the poor

Questions: Do You Believe Jesus was a Real Person?

Bruce also interacts with Harry McCall, who claims that I “removed from both his blog and Butler University religion faculty description any claim that he debunks claims that the New Testament Jesus never existed.” I have no idea what he is talking about, but I am happy to reiterate here that I do indeed debunk Jesus-mythicist nonsense, when time allows. Bruce writes nicely on this topic, in a way that meshes with points I made above:

Harry McCall…is a mythicist zealot. He’s the kind of “believer” who puts people into two categories: “against” him or “for” him. McCall is convinced that he has overwhelming proved that the historical Jesus is a myth, and anyone who reads his writings will come to the same conclusion. Those who don’t are immediately condemned and summarily executed.

McCall thinks that just because he writes something, that those who disagree with it or mythicism, in general, are obligated to refute him. I see similar behavior from Christian Fundamentalists. Over the years, I have had countless Evangelicals demand that I answer their “irrefutable” arguments for their peculiar brand of Christianity. There was a time when I would do so, but I later came to the conclusion that it was a waste of time. Zealots, be they Christian, atheist, or “spiritual,” are closed-minded. Their goal is not discussion, it’s conversion.

Harry McCall Objects to My Rejection of Mythicism, Says I “Hate” Him

Episode 18: Was Jesus a Real Person?

Memory and the Jesus Tradition

Bill Heroman blogged about the Gospels as biographies

Bruce Chilton wrote about the logic of Jesus’ resurrection

Apologists aren’t helpful when they appeal to evidence that isn’t conclusive, never mind evidence that may be fabricated or altered:

Also related to history and Jesus, and the limits of historical study when it comes to certain things many Christians want to say about Jesus:

Mark Goodacre and Chris Keith talked about criteria of authenticity on the NT Pod.

A recent study on the genre of the Gospels:

A book about the Gospel of John in Jesus research:

Gospel of John in Historical Inquiry – a book note

And more broadly on Jesus and history, there was a preview of Craig Keener’s new book, which I plan to blog about:

The Canonical Gospels as Ancient Biographies

Keener shared a couple of interviews he gave, including one with Sean McDowell in written form, and then this video:

Why are the Gospels the best sources about Jesus historically? (13.42 minutes)

Christobiography: Within the Frame of Living Memory

See also this interview with Keener, and another.

Vincent Henry Stanton, The Gospels as Historical Documents, is available for free online.

Capturing the surprise of the resurrection

Are there contradictions in the resurrection accounts?

Fear and Resurrection: “The Fear of the Jews” and its Aftermath

The Making of a Messiah: Did Jesus Claim to be the Messiah and Predict His Suffering and Death?

Was It All A Dream? A Resurrection Story 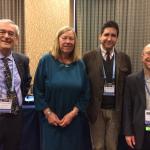 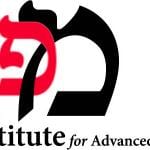 December 3, 2019 Research Fellowship Opportunity: Second Temple Judaism: The Challenge of Diversity
Recent Comments
78 Comments | Leave a Comment
Browse Our Archives
get the latest from
Religion Prof: The Blog of James F. McGrath
Sign up for our newsletter
POPULAR AT PATHEOS Progressive Christian
1