The Frankel Institute for Advanced Judaic Studies at the University of Michigan seeks scholars for a residential fellowship in 2021-2022 to explore the challenges of diversity in Second Temple Judaism. Diversity of ethnicity, religion, social status, gender, age, and ability was as much a feature of the ancient Mediterranean world as it is in the present. We aim to explore the diversity of religious, cultural, and political life during the period of the Second Temple, from after the Babylonian Exile up to and including the Bar Kokhba Revolt.

The modern notion of Second Temple Judaism was originally shaped by Christian scholars who imagined it as the “intertestamental” period between the Old and New Testaments, or as the “age of Jesus.” On the other hand, Jewish scholars were uncomfortable with this periodization, only gradually accepting the notion that a significant transition also occurred between “Biblical” and “Rabbinic” Judaism, or “from the Bible to the Mishnah.” Second Temple Judaism, however, is much more than just a combination of “proto-Rabbinic” and “proto-Christian” traditions. It was the seedbed for multiple, distinctive worldviews, as recorded by Josephus and attested by the Dead Sea Scrolls, the so-called OT Apocrypha and Pseudepigrapha, the New Testament, and the rich literature of Hellenistic Judaism.

The Frankel Institute aims to develop fruitful conversation about ancient Jewish diversity. We invite fellows to question the separation of the “canonical” from the non-canonical,” and the “Christian” from the “Jewish.” We particularly welcome proposals that integrate the “traditional” tools of philology, intellectual and social history, and archaeology with “newer” methods of analysis (gender studies, post-colonial studies, etc.). By bringing together a group of international scholars who approach the material from different perspectives in an interdisciplinary and inclusive fashion, the Frankel Institute seeks to contribute to our understanding of the vibrant diversity of Second Temple Judaism and to redefine its place within Jewish Studies.

(Via The Enoch Seminar) 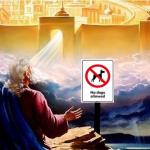 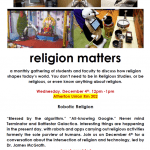 December 4, 2019 ReligionProf Podcast with Juli Gittinger
Recent Comments
0 | Leave a Comment
Browse Our Archives
get the latest from
Religion Prof: The Blog of James F. McGrath
Sign up for our newsletter
POPULAR AT PATHEOS Progressive Christian
1 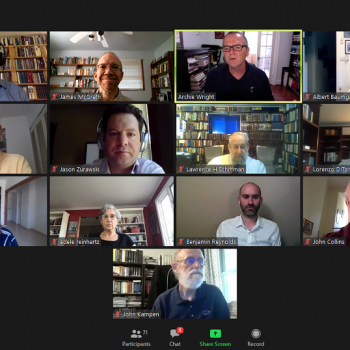 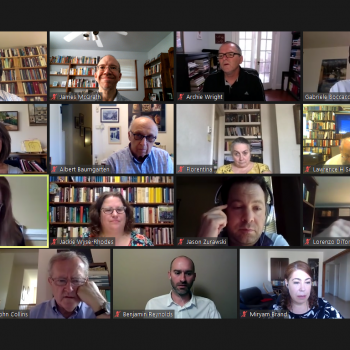