This Is The Way (and Emails Instead of Meetings: #StarWars Edition)

A former student of mine shared this meme with me, pointing out that the early Christians referred to their movement as “The Way”: 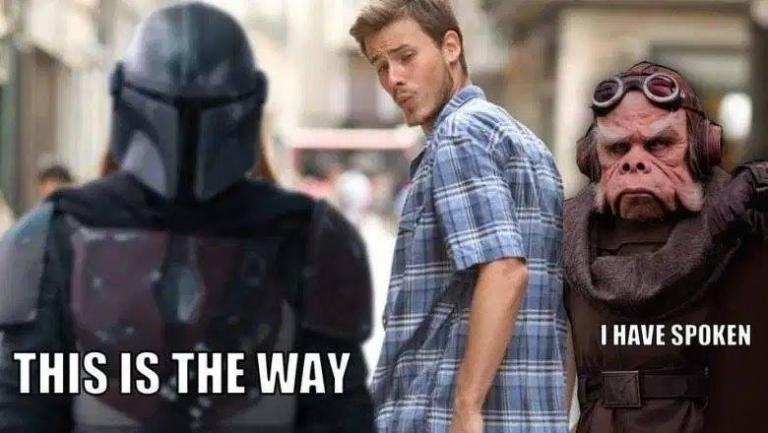 Mike Duncan writes in the first post in a series of Star Wars emails:

My favorite scene in the first Star Wars film is… the meeting chaired by Grand Moff Tarkin. Why? Well, it’s a classic example of an announcement that could have been handled better with an email because there is no action to be taken, and Tarkin surely had better things to do than watch his subordinates bicker.

Read and enjoy it, and then move on to the email exchange between Leia and Obi-Wan, one between Luke and his aunt and uncle, Han and Greedo (cc-ing Chewbacca), and Boba Fett and Darth Vader. I could imagine a whole book in which the entire Star Wars story unfolds but using emails and texts to address matters remotely in the way we do now, and so we would have to imagine that a more technologically advanced society would even more efficiently.

In other Star Wars news:

The Ewoks as the most tactical fighting force in the galaxy

Sebastian Gorka says that the introduction of LGBTQ characters will “destroy Star Wars.” See IO9 for more on what this is a response to.

Who are the Mandalorians?

Jedi added to the dictionary

Video essay on Rogue One

Lots of Rise of Skywalker news, including Daisy Ridley on filming the ending

Kathleen Kennedy on reveals in trailers, the future of Star Wars movies, and the long road to ending the Skywalker story

The Magic Within The Art of Star Wars Jedi: Fallen Order

Lessons from the Star Wars Saga: The Simple Magic of Hope 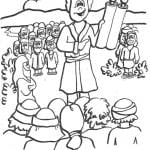 December 12, 2019 Josiah: Children's Bible Version
Recent Comments
1 Comment | Leave a Comment
"Wasn't even aware of it."
James F. McGrath Revisiting Mythicism
"Did you get a chance to read Carrier's recent rant against you? See https://www.richardcarrier...."
John MacDonald Revisiting Mythicism
"Would literalist Christians reject the contents of Q knowing that they originate with John the ..."
Barros Serrano James McGrath at AAR/SBL in Denver
"These sound awesome!"
John MacDonald James McGrath at AAR/SBL in Denver
Browse Our Archives
Related posts from Religion Prof: The Blog of James F. McGrath