Initially I had thought that I might not have much to say about “Nikola Tesla’s Night of Terror.” At least, not about religion. The episode has plenty of interesting elements, but I didn’t initially think that there was much to connect it with religion.

Then I realized that inventors and prophets are essentially in the same category, visionaries. I began To explore this by thinking of prophets as inventors of worlds. But even then I realized that I was introducing an unnecessary distinction. Inventors of technologies and those who offer a vision of a new way of living both offer a vision of the future, transforming the ways that human beings live.

And both can end up not being fully appreciated in their own times.

The Doctor says she always wanted to meet Tesla, and calls him a liar as well as a genius. The reason is that he seems to know more about recent events involving aliens than he initially shares. The criticism largely evaporates as the episode progresses, so that the focus is on admiration rather than anything else.

For those interested in contemporary events and/or social commentary, the setting connecting with New York in a bygone era, the reference to people getting rich and poor, and the resistance (pun intended) to technological change (“No to the death current, no AC”) and the articulated reaction to an immigrant inventor (“You don’t belong in America”) makes the episode timely.

There is reference in the episode to an object that is said to be a (repurposed) orb of Thassor (sometimes spelled online Thassa or Thasser). The makers of the object are said to be one of the ancient races, who were storytellers sharing their legacy even after they were no longer around. This in itself creates an interesting dynamic to the episode’s central theme. How much are we merely repurposing themes, ideas, motifs created by bygone civilizations? Does our use of them bear any correspondence whatsoever to what they hoped to convey or achieve?

When it comes to things that intersect somewhat directly with religion, there are some individuals who at least look like human beings but their eyes glow red and they are ultimately something else. This is said to not be “possession” and so other possible categories, such as “psionic cloaking” are considered.

As always, there is some great dialogue, including (but not limited to) the following:

“Changing the world takes time. You have to be patient.”

“Just because you’re a genius doesn’t mean you have to figure this out alone.”

“Let them talk. The present is theirs. I work for the future—and the future is mine.”

The element of stealing technology versus imagining and creating it is not subtle. The Queen of the Skiffra has been taking technology from others, and now seeks to kidnap Tesla to work on their weapons. When all your tech is stolen, you’re at a loss when it breaks.

There is a difference between those who imagine utopian visions, and those who borrow details from the visions of others in the interest of making something practical and profitable. I think that in ancient societies such as Israel, as today, there were those who offered prophetic visions of what could ideally be, and those who harnessed the power of their visions towards more pragmatic ends, picking and choosing what was useful from them.

One of my favorite moments is when Graham calls Tesla and Edison “AC/DC.”

When she is told that Tesla dies penniless, Yaz says it’s not right. Is that always the fate of the prophet? And could society thrive without both the Tesla and the Edison, without the prophets on the one hand and the kings and governors who heed them while keeping them at arm’s length on the other? 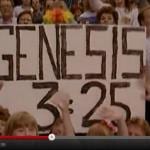