Doctor Who: The Timeless Children

I’ve already seen people using the term “retcon” in reference to “The Timeless Children.” However, those who vividly remember episodes like “The Brain of Morbius” not to mention many from the era of Sylvester McCoy will probably be thinking “finally!” What is featured in this episode isn’t retconning (although some of that will be needed to weave already-contradictory pieces into a coherent whole, if that is the aim). It is maximum continuity, finally exploring things that have been hinted at since the middle of the 1970s if not earlier.  I’ll say more about this in my recap and reflection, which will include spoilers, but I won’t worry about that too much since the internet is awash with them. At least here you get a warning.

The episode begins where “Ascension of the Cybermen” left off, as the Master pulls the Doctor through the gateway to the devastated ruins of Gallifrey and to the Panopticon where he reminisces that they “graduates, assassinated presidents.” Such things have abounded in the recent series as allusions to past classic episodes. But this one had much deeper connections in store for us. The Matrix not only gets a mention, but the Doctor’s prior foray into it as well. For those who don’t know the classic series and “Trial of a Time Lord” (among others) the Matrix (appearing on Doctor Who long before the movies by that name) is the repository of all time lord consciousnesses and memories, past and present. The Master says he was hacking into it for fun when he discovered a history of his own people that he didn’t know before. To share it with the Doctor, he sends her deep into the Matrix to see for herself. There she learns about the earliest indiginous people of Gallifrey, the Shobogans. One of them named Tecteun glimpsed the infinite wider universe through the boundary and became the first of her people to begin exploring space. Doing so she found a child, and raised the child as her own. After an accident, the child regenerated. This was the first regeneration of any person on the planet Gallifrey, and not something that the Shobogan were capable of. Tecteun studied the child, obsessed with understanding regeneration. Eventually she found a way to isolate the relevant genetic code and pass it on to the elite of her own people, who began to refer to themselves rather pompously as time lords after they also discovered the secret of time travel. They restricted the number of regenerations to 12. The foundling became the founder.

The Doctor asks, “What happened to the child?” The Master replies, “The child is you. You are the timeless child.”

He says he hopes the revelation hurt her, because it hurt him. The time lords wanted a myth of origins and invented an alternative history for themselves.

There are some great turns of phrase in the conversation between the Doctor and the Master, and I want to make sure I give them a mention before proceeding:

“Truth and reconciliation time.”
“Has it calmed all the rage?”
“I don’t have a better nature.”
“Once upon many times”
“I have a right to know my own life.”

Eventually we learn that the time lords develop a policy of non-interference. But we also see a meeting in which the Doctor is told, “Policy and reality sometimes diverge,” and that “The Division does not exist.” The Division is the Gallifreyan secret ops that actually does interfere. There the Matrix has been redacted. There is a lot missing but exactly how much is impossible to say. It was the Doctor’s service to the Division that was erased. But hints of it remained, or perhaps were secretly sent to her to provide clues to her story. The story of Brendan in Ireland that we saw in “Ascension of the Cybermen” were essentially the Doctor’s own story!

A major question here is whether memories or lack of them determine who we are. As the Doctor wrestles with this, she sees one of her forgotten selves, the only one she has encountered to her knowledge, and she asks her, “Have you ever been limited by who you were before?” Accompanied by images and even music from classic Doctor Who, the Doctor overpowers the Matrix through the strength of her much larger life and store of memories.

If you don’t remember “The Brain of Morbius” from the Tom Baker era you’ll be confused by my reference. But if you watched “The Timeless Children” you’ll have seen a brief glimpse from the episode in this scene:

the doctor remembering her history is a cinematic masterpiece #doctorwho pic.twitter.com/a2zKKWvqhj

The Master expects the Doctor to respond to this revelation differently than she does. She says to him, “You think you’ve broken me? You’ve given me a gift….I’m so much more than you.”

The other major thread of the episode is the Cybermen. The Master invides them to Gallifrey, but proceeds to deflate the partially-upgraded Cyberman’s vision. He speaks of new warriors purged of organic components, a final ascension to full mechanization. The Master’s response is classic: “Any idiot can make themselves into a robot. It’s not special.” The Master eventually kills the lone Cyberman, shrinking him. He is somewhat disappointed that didn’t activate the death particle he carries, which is still in him in miniaturized form. Killing him achieves what the Master hoped, and he invites the Cyberium to enter him. His plan is to create what we might call Cybermasters, using time lord bodies that are upgraded, which he describes as ultimately born of the Doctor but led by the Master. They will have armor and technological enhancements, but also be able to regenerate.

There are some wonderful moments in the story arc of the companions, who spend most of the episode separated from the Doctor, to good effect. Those on the troop transport ship disguise themselves as Cybermen by dressing in their armor. On the planet where the gateway is, Kashamis says, “You can be a pacifist tomorrow. Today you have to survive.” He also says, “Gird you’re loins, gentlemen.” It is nice to have a biblical idiom (all right, technically a more widely used ancient Greek one) appear on Doctor Who! A particularly poignant moment is when Graham tells Yaz she is the most impressive person he’s met. She is fearless without a time machine or sonic, and so even better than the Doctor. Yaz responds in a low key Yorkshire manner saying that Graham is not a bad human being himself.

There is a brief mention when the “fam” is all together again when the Doctor makes reference to the rule “No humans on Gallifrey.” It is appropriate that it got a mention, and blurting that out as a knee-jerk reaction isn’t implausible. But once Cybermen have arrived there, and all the time lords are dead, it still seemed a bit odd nonetheless.

The Doctor formulates a plan: she will activate death particle to wipe out the Cybermasters. “One option left. I have to use the death particle on Gallifrey. On my home.” She says she doesn’t want to but has to finish what she started. She is ready to die for this universe, for her fam. But she cannot bring herself to do it. Meanwhile the Master taunts her, “Look how low I’ve brought you…Become death – become me.” Kashamis arrives and says that he is part of a resistance unit that were the ones that sent the Cyberium back through time in the first place (although apparently not far enough). He takes on the responsibility, allowing the Doctor to keep her hands clean of genocide once again (although feeling bad for helping the dead stay dead rather than be “upgraded” is a strange sort of morality). At any rate, Kashamis detonates the bomb and triggers the release of the death particle. Yet does anyone really think we’ve seen the last of the Master?

In the kind of twist ending I associate with the David Tennant era in particular, Judoon appear at the end of the episode to apprehend the Doctor. She is sentenced to life and transferred to a cell in an asteroid floating in space. That brings us back at the episode’s cliffhanger ending to a thread in “Fugitive of the Judoon,” which of course was also the place where the biggest pointers towards the finale of this season’s arc were introduced. But for those who’ve been paying attention, some major hints were dropped in “The Ghost Monument” back in 2018. 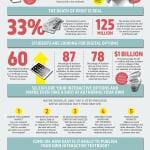 March 3, 2020 Open Education Week
Recent Comments
4 Comments | Leave a Comment
Browse Our Archives
get the latest from
Religion Prof: The Blog of James F. McGrath
Sign up for our newsletter
POPULAR AT PATHEOS Progressive Christian
1