I’m working on developing a new short-term study abroad course focused on religion in Ireland, from before Christianity to Brexit and the looming possibility of the revival of the troubles. I’m thinking that something like the following would work well, but having access to a wide network of faculty, present and former students, and others who’ve traveled to the Republic of Ireland and/or Northern Ireland, it seems appropriate to crowdsource this. What other places would you visit on such a trip if you were determining the itinerary? Anyplace on this provisional itinerary that you wouldn’t go, and if so, where would you recommend instead of the destination listed here?

The classic home of the Book of Kells, famous illustrated biblical manuscripts, Trinity College provides many more opportunities to consider the connection between church, politics, and education in Ireland.

Opportunity to learn about the state of seminary training and theological study in the Irish Catholic Church and how priests understand their role in relation to the political realities of the divided island.

Perhaps the most famous pre-Christian religious site in Ireland, it is older than the pyramids in Egypt, and although we will not be there at the right time of year to witness it, the site is aligned so that its main corridor is illuminated by the sun on the winter solstice.

Battle of the Boyne Visitor Centre

The Battle of the Boyne continues to be commemorated as part of Protestant identity in Northern Ireland. It was a conflict between two claimants to the British throne, the result of which secured Protestant rule.

There are many of these tall stone crosses in Ireland, but this one on the site of a 10th century monastery is a particularly good example, as well as being convenient to our itinerary.

The two cathedrals in the site associated with St. Patrick reflect the historic religious divisions in Ireland and the contested legacy of the island’s most famous saint.

The controversy over the very name of the city reflects the divisions in the country. A historically divided community, it provides an opportunity to get a close look at partitioning walls and efforts to reach across them.

Like Lourdes and Medjugorje, somewhat better-known sites of Marian devotion and pilgrimage, Knock provides an opportunity to witness an important element of Catholic religiosity in its traditional form.

An opportunity to see the combination of breathtaking natural beauty, pre-Christian religious site, and the history of Christian monasticism all in one amazing location. 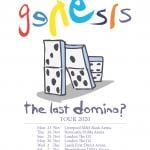 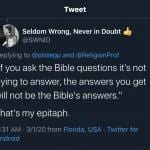 March 7, 2020 The Bible Says
Recent Comments
12 Comments | Leave a Comment
Browse Our Archives
get the latest from
Religion Prof: The Blog of James F. McGrath
Sign up for our newsletter
POPULAR AT PATHEOS Progressive Christian
1