The Doctor’s Respect for Religion

Max Curtis has an article on the Tor website about faith and religious symbolism in recent episodes of Doctor Who, with the title “Doctor Who’s False Gods and Cyber-Zealots Face a Devout Doctor.” In it he writes:

There’s a reason why fanatical extremists have been ideal foils for Jodie Whittaker’s most devout of Doctors, and it’s not simply that the character and her travels have been recast in a religious light. More than ever before, she’s built on a sense of hope. And so she’s forced to face pious certainty in the inevitability of despair. Where previous eras might come off as sanctimonious when setting skeptical Doctors against zealots, Chibnall and Whittaker made it a battle between two conflicting belief systems – a hopeful Doctor praying to, and pitted against, a universe that almost seems determined to break her faith.

Chris Bateman also has a long blog post exploring the Doctor Who season finale “The Timeless Children.” He writes:

Chibnall’s tenure on New Who has been by far the closest in form to the episodes made under the very first producer, Verity Lambert (pictured above), even if he didn’t quite have the brass to make one of those purely historical stories that were a staple of William Hartnell’s Doctor.

In the process of making this case in detail, Bateman brings the Doctor’s attitude to religion to center stage.

What Chibnall is willing to do, though, which neither Davies nor Moffat could stomach, is to genuinely offer respect to everyone rather than undermining that intended message by singling out certain beliefs as worthy of contempt. No professional critic mentioned it, but I notice fantasy and sci-fi writer (and conservative Christian) Kyle Robert Schultz picked up on the same thing that leapt out at me from the astonishing Fugitive of the Judoon– and no, I don’t mean the rather spiffing ‘canon’ ball of inventing another new Doctor we didn’t know about! When Jodi Whittaker’s Doctor chastises the Judoon by saying “this is a place of worship, show some respect!” it is the first time the New Who Doctor has stood up for religious people rather than merely pitying them (The Satan Pit, Gridlock) or being outright venomous (The Parting of the Ways, Army of Ghosts, and so many more). You most likely don’t care about this issue, but it means a lot to those of us who have had to endure asinine ‘lessons’ under Moffat and Davies about what intelligent people ought to believe, as if tolerance should be bounded by acceptable belief and not by acceptable behaviour. The Doctor cannot love humanity and yet harbour prejudice against the majority of the species – it makes no sense at all. Chibnall has put the character back to respecting all cultures, and even let the Doctor invite a practicing Muslim to join the TARDIS team. It’s about time indeed.

This is very much in keeping with the earliest Doctor who told his companions that they couldn’t try to abolish Aztec human sacrifice because (among other things) “it’s their religion.” See my blog post on the episode “The Aztecs” for more about that, and also another in which I contrast the view the Doctor expressed in that episode with the view expressed in the Matt Smith episode “The Rings of Akhaten.” Jodie Whittaker’s Doctor has been much more positive about faith, even while taking on beings she categorizes as “false gods.” I’ve been enjoying digging into this topic and have plans to do so more, and more deeply, over the coming months. For now, let me ask readers of this blog for their view of the matter. What are your thoughts on the focus on faith and the point of view on matters of religion expressed by the Doctor in the most recent seasons?

Of related interest, Syfy has an article clarifying the relationship of “The Timeless Children” to earlier episodes. 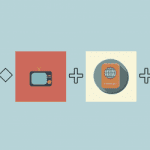 March 9, 2020
#CFP Anthrodecentrism: Humans as Footnotes in Time and Space
Next Post

March 11, 2020 Inerrancy is for Slavery
Recent Comments
1 Comment | Leave a Comment
Browse Our Archives
get the latest from
Religion Prof: The Blog of James F. McGrath
Sign up for our newsletter
POPULAR AT PATHEOS Progressive Christian
1