Doctor Who: Akhaten vs. Aztecs

If one compares the most recent Doctor Who episode “The Rings of Akhaten” with the episode “The Aztecs” from the very first season, an interesting change in the Doctor's outlook about religion and human sacrifice emerges.

In “The Aztecs” the Doctor is emphatically opposed to Barbara's interference in an attempt to change history. It may be that that concern was largely pragmatic – paradoxes are created if you tamper with a past that you are directly connected with. But it sounds like his concern is more general, and that interference with their religion would be wrong in principle.

In “The Rings of Akhaten” the Doctor's point of view has changed. A major theme of the episode is how the constituent parts of the universe come together to bring about a unique set of affairs – whether an individual human life, or two human lives being joined together in love. And so the Doctor explicitly objects to the idea of Merry sacrificing herself to a god, insisting that she is a unique entity made from the products of dead stars configured in a specific way that is not identically mirrored anywhere else in the universe. And so for her to sacrifice herself would be a waste.

Given that the “old god” is a sentient sun thought by the inhabitants of that part of space to have created all life, there is an interesting additional importance to the Doctor's point: it was not this so-called god, but stars now dead, that contributed the stuff that makes of Merry's existence.

Towards the end of the episode, the Doctor is ready to give his own life (although his sharing his memories doesn't seem to threaten him the way it would have supposedly have destroyed Merry). And so the point is not about all form of “sacrifice”, but specifically about the notion of sacrifice to a deity that demands one to. Sacrificing oneself to save others, willing sacrifice for something greater than oneself, is not considered wasteful in the same way.

For longtime fans of the show, how do you think the view of religion and human sacrifice has evolved over the course of the show? Is this best viewed as an evolution in the Doctor's thinking, or simply a lack of consistency resulting from the show's long history? 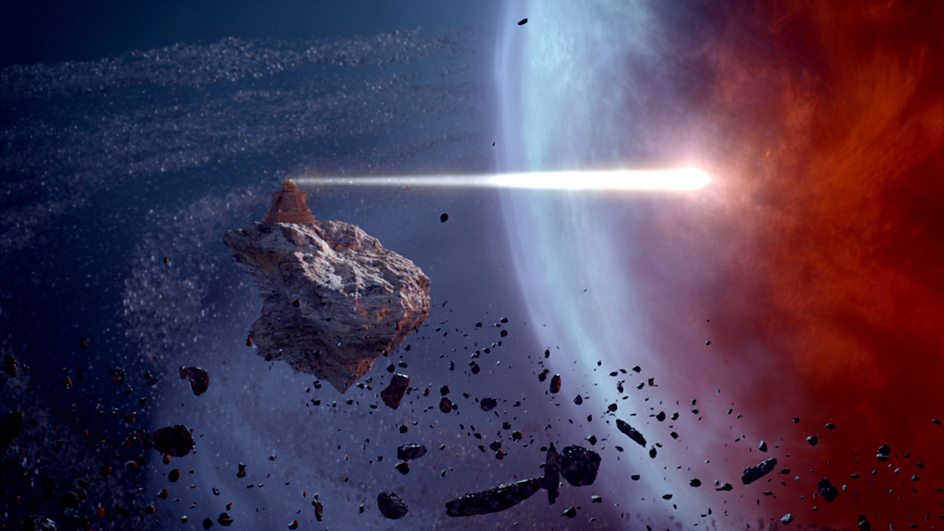