A chemical study has determined the place of origin of the so-called “Nazareth Inscription.” Although in theory it is possible that the marble came from Cyprus and was used for an inscription in Nazareth, it is more likely that this artifact never actually had anything to do with Jesus. Plundering, robbing, desecrating, reusing, and doing other things to tombs was a wider issue completely apart from Jesus. It is probably an authentic edict from Caesar, but originally had nothing to do with Jesus. The fact that people tamper with tombs is the basis of the details unique to the Gospel of Matthew’s account of the resurrection. Why anyone thought it worth connecting this edict directly with the resurrection stories is hard to understand, although if it was indeed acquired in or through Nazareth by way the antiquities market then it is understandable. This whole case illustrates once again why it is such a problem when artifacts are not found and analyzed by experts in their original location but by amateurs who rip them from and rob them of the historical information that that context alone can provide them with.

For more on this see:

Jim Davila on the topic

An earlier article by Ekaterini Tsalampouni about the inscription on Academia.edu

You can read the Greek text of the inscription online here. You can also see what young-earth creationist apologetics organizations have done with it in the past, such as Answers in Genesis and Creation Ministries International. There is a very real sense in which they treat archaeology and history the same way they treat science. They point to something as “proof” of their belief system. Then when careful investigation shows that the evidence doesn’t “prove” what they claimed it did, they are forced to bend over backwards to defend the authenticity of their supposed “proof.” Having a belief system that is dedicated to embracing the evidence and where necessary changing with it is far preferable, in my view. For one thing, the kind of “faith” that insists it knows the answers in advance and demands that all new evidence support it is a “faith” full of anxiety, as one must constantly be shoring up one’s belief system when it is built on and with weak materials. It’s a losing battle. This kind of dogmatic “faith” is in fact at best a weak faith, and might be better said to be no faith at all. A genuine, robust, deep faith is a faith that can wrestle with challenges without terror, because it knows that God and truth are bigger than and separable from our imaginations and formulations thereof. 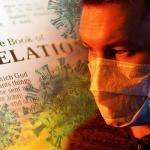 March 22, 2020 What Does The Bible Say About Coronavirus?
Recent Comments
1 Comment | Leave a Comment
Browse Our Archives
get the latest updates from
Religion Prof: The Blog of James F. McGrath
and the Patheos
Progressive Christian
Channel
POPULAR AT PATHEOS Progressive Christian
1