Adding to the Black Archive

They say that when something is on Wikipedia, that’s when it is official. But that wasn’t what clued me in that the news had broken about this. It was a Google Alert about when my name appears somewhere. I feel honored to have my volume singled out for mention as one the author of the volume on The Rings of Akhaten is looking forward to. I in turn am eagerly looking forward to reading that volume!

You may recall that I prematurely spilled the beans about this a while back. Academics are typically on social media telling one another about book projects pretty much immediately, indeed very often when the book is little more than a vague idea. Outside of the realm of specifically academic publishing, things proceed very differently. I’m glad now it’s official and I can start talking about this more widely. I know that I have many connections who will have things to share, whether observations about the episode, or a willingness to read a draft and provide feedback that will help make the end result better. I look forward to talking with you about this episode in the coming weeks!

Contributing to the Black Archive: The Battle of Ranskoor av Kolos

For more on the Black Archive series and the latest news and announcements see:

So You Want To Read The Black Archive

Exclusive Interview – William Shaw on Doctor Who: The Rings of Akhaten, the surprising similarities between Neil Cross & Chris Chibnall, and more (Part Two)

Review: Doctor Who: The Black Archive #41: Vengeance on Varos

Review: Doctor Who: Books: The Black Archive #42: The Rings of Akhaten

I’m Not Going To Compete With A Ghost

Odin and the Doctor 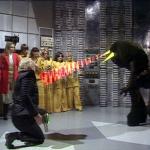 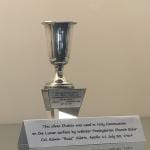