The First Zoom Conversation of St. Paul with the Corinthians

In my Sunday school class and fellowship on Easter morning, which met via Zoom, I shared a thought from 1 Corinthians 12, observing that this text stands between Paul’s comments on the dividedness of the church in Corinth and their resurrection faith. Here’s the text I read:

12 Just as a body, though one, has many parts, but all its many parts form one body, so it is with Christ. 13 For we were all baptized by one Spirit so as to form one body—whether Jews or Gentiles, slave or free—and we were all given the one Spirit to drink. 14 Even so the body is not made up of one part but of many…26 If one part suffers, every part suffers with it; if one part is honored, every part rejoices with it.

27 Now you are the body of Christ, and each one of you is a part of it.

With respect to Easter, we don’t need to go looking for Christ. Even as the angels say about the tomb where his body lay, “He is not here. He is risen,” and even as the the risen Christ might be depicted as saying “do not touch me” or “do not cling to me,” the meaning for us is “He is here. He is us. We are in him.”

In Psalm 137 the Israelites wondered whether they could worship their nation’s God in a foreign land. The Israelites who experienced exile developed a crucial theological idea that has been incorporated into Judaism and Christianity down to the present day. God is not limited to a territory, nor to a sphere of influence. God is all in all.

In John’s Gospel, Jesus prays for his disciples to be one even as he and the Father are one. That is a prayer that, if we are honest, remains unanswered and has never been positively answered. That’s worth reflecting on theologically. Even Jesus’ prayers do not get a positive answer, at least or in particular when they depend on the will and action of others. In a context of pandemic it is not enough to pray, we should act in a loving way. And yet paradoxically, one of the most loving things we can do is stay away from others. It has never been easier for introverts to be loving members of the body of Christ!

To conclude, here are a couple of scenes from the Upper Zoom. 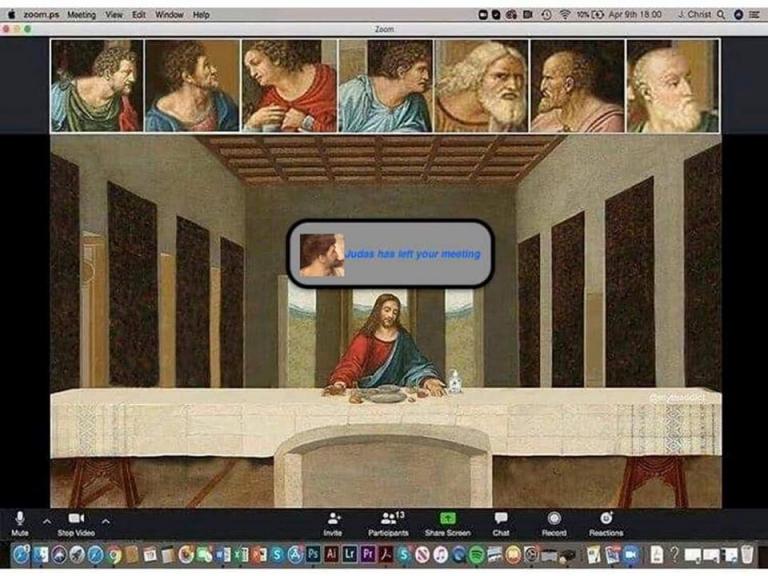 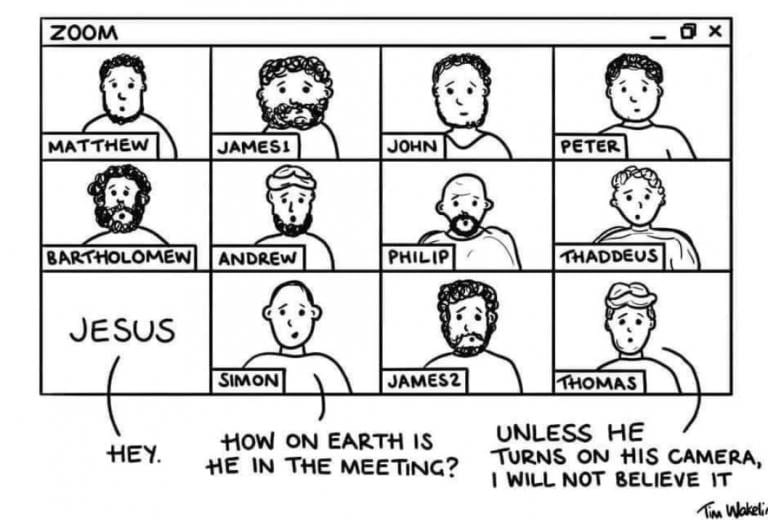 April 12, 2020
Easter Was Not a Trinitarian Reunion
Next Post 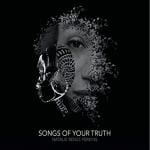 Straining at gnats and swallowing camels
slacktivist
Books by This Author Books by James F. McGrath