It took me far longer than it should have to watch this pilot for a TV series called Oasis, based on The Book of Strange New Things. I’m kind of sorry that it didn’t get elaborated on, although it was already departing sufficiently from the book for me to be worried, if also intrigued and curious to see more.

If you’re a fan of The Book of Strange New Things, what are your thoughts on this “strange new” take on its story? Are you relieved or sorry that it didn’t continue past the pilot?

If you’re between binge-watches and want something that is just a once off, you can apparently no longer get it through Amazon. But at least at present you can watch it via DailyMotion:

I’m going to be returning soon to a (hopefully final) proofreading and revision of a story about religion as it intersects with the subject of life on Mars. No, this isn’t a retro work that might have worked for Lewis or Bradbury but will seem dated or simply bizarre in our time. I hope it paints a scenario that is at least plausible, and one that has obvious relevance to contemporary issues without being heavy-handed. I’ll let you know more when the time comes. In the meantime, here is more about Oasis and the intersection of life beyond Earth with religion.

Robb Stark is a Space Priest

BioLogos had pieces on:

What life beyond Earth would mean for Christians

The space race and exploring the unknown

Dr. Karin Oberg on the beauty of an intelligible universe (planetary and faith formation, one might say)

Also somewhat related is a post on the Progressive Christian Network about the wish “May Your God Go With You” in the context of a universe we understand differently than ancient people did.

Finally, let me direct those who may not have read it to my blog post about the novel on which the series would have been based, Michel Faber’s The Book of Strange New Things, which I highly recommend.

The Book of Strange New Things 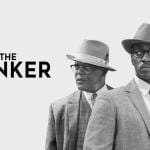 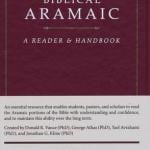 April 27, 2020 Biblical Aramaic: A Reader and Handbook
Recent Comments
0 | Leave a Comment
Browse Our Archives
get the latest from
Religion Prof: The Blog of James F. McGrath
Sign up for our newsletter
POPULAR AT PATHEOS Progressive Christian
1