Doctor Who: The Leisure Hive

The Leisure Hive introduces a lot that is new into Doctor Who. The first is the new intro sequence with new music, similar to what would characterize Peter Davison era as well, marking the arrival of the 1980s. John Nathan Turner took the lead on the show as of this episode, and John Leeson returned as the voice of K-9. We saw a completely new scarf pattern for the first time in the Tom Baker era (even though the scarf frayed and saw further adjustments over the years even before this, but still with the same basic pattern, of which I am also happy to have a hand-made facsimile).

In this episode, the Doctor and Romana start out in off-season Brighton Beach (the one in England, not the one in New York), before traveling to Argolis. There they find a people whose genes have been damaged as a result of a brief war that had ongoing detrimental impact on them, leaving them sterile. They are therefore experimenting with tachyonics, trying to achieve complete cellular rejuvenation. There is obvious commentary of a sort that reflects the fears of nuclear warfare in the Cold War era in which the story was written:

ROMANA: It’s beautiful.
DOCTOR: Yes. Radon 222 decays rapidly.
MINA: But not the heavy metal dust. It won’t be habitable for three centuries.
DOCTOR: Really? Why, how long did the war last?
MINA: Twenty minutes.
DOCTOR: As long as that.
MINA: Now you understand the purpose of the Hive.
ROMANA: To keep out the atmosphere.
MINA: The physical reason, yes, but the purpose is to promote understanding between life forms of all culture and genetic type. There must be no more such wars.
DOCTOR: So it’s not just a recreation centre.
MINA: Even the games in our Experiential Grid explore alien environments. Each race learns to understand what it is like to be the foreigner.
ROMANA: Like learning a language.

And so the “leisure hive” is not for leisure, nor for protection, but to promote understanding of other cultures, and thereby prevent a similar war from ever happening again. That effort at mutual understanding and embrace of pluralism isn’t a vision shared by all, leading to the conflicts and intrigue that drive the plot. For those interested in religion on Doctor Who, this effort – one that is more to the benefit of others since the sterile people of Argolis currently have no definitive solution to their plight, and so all the more striking. They call it a “farewell gesture.”

At the end of part 2 the Doctor is turned into an old man by this technology, and that isn’t the last time that sort of thing happens to him. It is interesting to compare the older version of Tom Baker created with makeup with the real thing!

We learn that one character, Pangol, is a clone produced by a machine known as the generator. This research on cloning, to produce “children of the generator,” is part of a hope for a new Argolis. There is an element of religion in the culture on Argolis, as this bit of dialogue indicates:

(Pangol enters and goes to take hold of the Helmet.)
MENA: No! No, that is a sacred symbol.
PANGOL: A symbol of our shame. The Helmet of Theron is a call for revenge.
MENA: Theron worshipped the flame of war.
PANGOL: A flame that welded Argolis into a single nation.
MENA: And brought us death.
PANGOL: And he will be avenged. We, Pangol, the child of the Generator, will fulfil his dreams of great conquests.

Religion is also a focusin the mention of the Black Guardian, an immortal from whom they have been on the run.

ROMANA: The Black Guardian’s a real threat.
DOCTOR: Some galactic hobo with ideas above his station. The cosmos is full of them.

That way of disparaging a godlike entity is typical of Doctor Who. In the context of the Covid-19 pandemic and climate change that are or should be in everyone’s minds as I am writing this post, the long-term detrimental effects of a war and seeking technological solutions seems to make the episode relevant to our time, beyond its original context of Cold War and fears more specifically about nuclear fallout. We have the capacity to make decisions that can impact our entire society and indeed the world for generations to come, and perhaps even forever.

On big themes (related to religion and/or pandemic) in Doctor Who, see also my guest post on the Darton, Longman, and Todd blog. See too the recent issue of Interpretation about monsters and the Bible.

You can watch the episode on DailyMotion (I’ve included the first part below), or buy it on Amazon:

Of related interest, there is a new documentary coming soon on 1980s science fiction, called “In Search of Tomorrow. 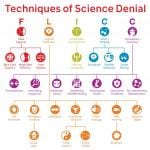 May 11, 2020
Vilifying the Educated and the Death and Rebirth of Higher Education
Next Post 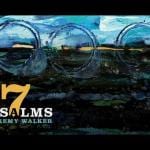 May 13, 2020 Seven Psalms and Seven Heavens
Recent Comments
0 | Leave a Comment
Browse Our Archives
get the latest from
Religion Prof: The Blog of James F. McGrath
Sign up for our newsletter
POPULAR AT PATHEOS Progressive Christian
1