I’ve long thought there should be more musical settings of biblical texts in a jazz idiom, but my own expertise composing and writing in that idiom is so meager that I don’t feel able to contribute in as meaningful ways as I wish I could myself. So for now I’ll content myself with the output of others, such as Jeremy Walker, who has set seven of the Psalms in the Bible in a jazz idiom in an impressive way. Have a listen and enjoy. Read more on the composer’s website, or buy the album on Amazon.com.

Soon after learning about these Seven Psalms, I came across another work, The Seven Heavens by James Whitbourn. The British Music Blog: The Land of Lost Content was what drew it to my attention, in a post that indicated that the piece is inspired by C. S. Lewis‘ writings about the planets. Have a listen:

Whitbourn has other settings of biblical texts (there is some Bible worked into The Seven Heavens in addition to other things it draws on). For instance:

Returning to the Psalms, here is an orchestral “Song of Ascent”:

Bryan Bibb shared a YouTube video of a lecture of his on reading the Psalms with U2. It’s not just “40” which I always include a mention of if not more in my class on the Bible and music (and have also included in worship in my church).

I also happened across the blog of Psalter Mark, a self-proclaimed “psalm addict.” Sometime soon I’ll try to have a long conversation with my former student Aaron Abrahamson Cote about his new Songs of Scripture project.

One more piece loosely based on the Psalms, by Kevin Walczyk. It’s title is “Eloi, Eloi,” and thus it is derived from the version of Jesus’ words in the Gospels which give the opening of Psalm 22 in Aramaic. The composer rather strangely says the words are Arabic.

More music of the Heavens from Peter Schat, striking because it involves 12 variations, rather than the seven heavens. This is presumably due to the twelve tones of the Western scale, and Schat’s development of the “tone clock” as a way of exploring this through a set of twelve trichords.

Only tangentially related, The Immanent Frame has a piece on the way that the song “Sing Hallelujah to the Lord” became the anthem of the protests in Hong Kong. Any appearance of the word Hallelujah can be linked at least in a very general way to the Psalms.

The Psalms also get a mention in this quote from N. T. Wright that John Fea recently shared on his blog: 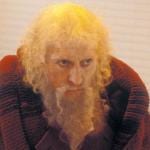 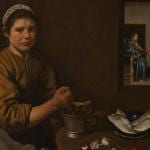 May 14, 2020 Visual and Musical Commentary on Scripture
Recent Comments
0 | Leave a Comment
Browse Our Archives
get the latest from
Religion Prof: The Blog of James F. McGrath
Sign up for our newsletter
POPULAR AT PATHEOS Progressive Christian
1