I should say up front that this blog post is not about the Doctor Who episode “The Invisible Enemy.” It’s a good one to watch at the moment, as ever, and you should read my blog post about it. But this is about the “invisible enemy” that has been appearing in political rhetoric recently, as well as another invisible enemy that we may be neglecting.

In a blog post Adam Kotsko wrote a while back, two ideas that have been important historically and getting recent attention in different ways intersected. The invisible hand that Adam Smith wrote about, i.e. the capitalist economy, will kill us in the present crisis for doing the kind, merciful, caring thing.

Left to itself, the invisible hand is going to inflict a Great Depression on us as punishment for doing the right and necessary things. The invisible hand will destroy careers and businesses and whole communities full of people who did all they could to save lives. How do you expect people to sit back and take that?

Ideas of gods and demons were ways of talking about seemingly invisible forces in ancient times. That included diseases, but also cultures and nations, things that were abstract and yet seemed to have a will of their own behind them. A coronavirus, an economy. Walter Wink famously explored the way we can demythologize the language about “demons” and “powers” in the New Testament, holding on to its central emphasis even as we necessarily adapt it to our different understanding of the world. I blogged about a book that tackles this in very interesting ways some years ago, and share that post again here:

Also related to this topic in a variety of ways are the following:

COVID-19, Racism, and the Church

There is also a call for papers on political graffiti, which I think can be tied in to this post because it entails invisible hands (or hands that make efforts not to be seen except through what they produce).

And for those who want more about the Doctor Who episode I mentioned at the start, here’s my blog post about it:

Doctor Who: The Invisible Enemy 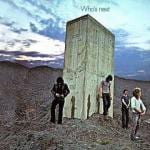 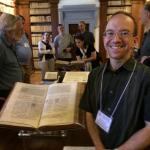