I wrote something in a message to a friend that I thought might be worth sharing with blog readers as well:

Doctrines are not supposed to be the object of your faith, God is. Thinking seriously about doctrine and subjecting your beliefs you serious scrutiny is one practical way of putting God first, showing that you are willing to seek God with your whole heart and when necessary smash a few of your long-cherished idols.

Our sensitivity when our idols are challenged and there is a threat that they will be torn down is visible whether the idol is a literal tangible statue or a mental construct. And of course, often the one serves as the framework or support for the other.

Beyond what I wrote on Facebook, I am struck by the way the classic concept of an idol as a statue is now suddenly visible in a way they have rarely been in our lifetimes. The sensitivity that we see on display shows that idolatry is a factor – in a metaphorical sense if not in the strictly literal one where worship and prostration are involved. But in a sense, it is more than a metaphor. When God as ultimate is replaced with an idol that represents the less than ultimate, whether that be “the nation,” “the Founding Fathers,” or “the South,” it is real idolatry with real consequences, as Paul Tillich famously highlighted in his book The Dynamics of Faith. There are plenty of statues around about which no one would complain if they were removed. This in itself shows that the statues are valued and that what they represent and stand for is precious to some people. In the case of those figures that represent enslavement of other human beings, that in itself is a good argument for taking them down.

In case you missed it, Rev. Shaun King suggested tearing down statues that depict Jesus as a white European. Some people have such a twisted view of Jesus that they thought the appropriate response was to make death threats against King, once again illustrating the problem in the process. King stood by his brief remarks and added: “If your religion requires Jesus to be a blonde haired, blue eyed Jesus, then your religion is not Christianity, but white supremacy…I am a practicing Christian. I am an ordained minister and was a Senior Pastor for many years. If my critiques of the white supremacy within the Christian world bother you to the point of wanting to kill me, you are the problem.”

Mike Pence visits First Baptist-Dallas for “Freedom Sunday.” He and Robert Jeffress show us what idolatry looks like.

Candida Moss on why tearing down monuments doesn’t erase history

Wilentz: “We can honor–and dishonor–American leaders of previous eras without turning history into a simplistic tale of good versus evil”

How should we deal with monuments to flawed individuals?

And a relevant meme: 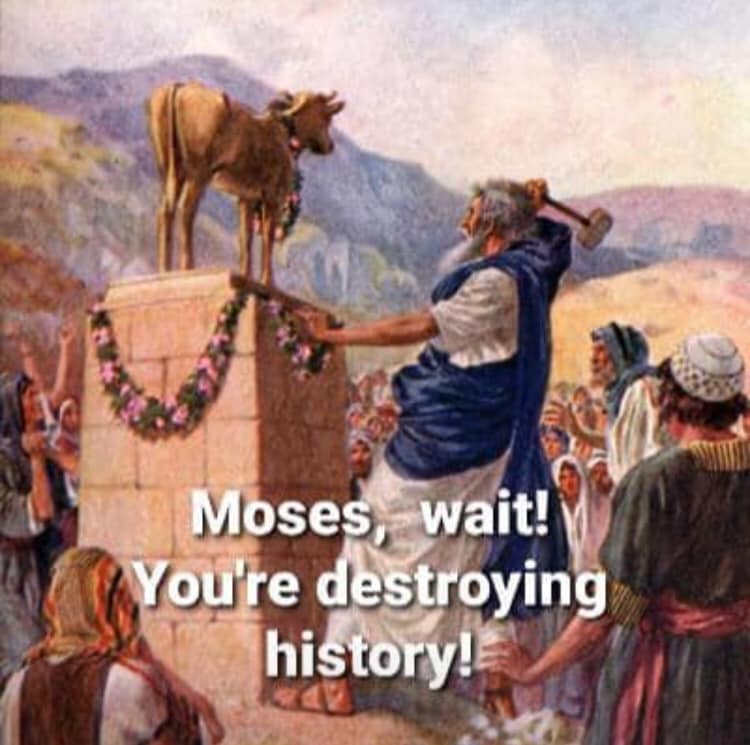 What are your feelings about the current focus on statues and monuments? 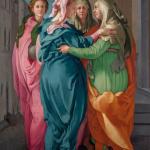 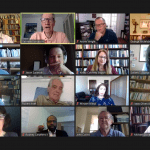 June 30, 2020 Enoch Seminar 2020 Day 1: Is Evil the Grandmother of Theology?
Recent Comments
0 | Leave a Comment
Browse Our Archives
get the latest from
Religion Prof: The Blog of James F. McGrath
Sign up for our newsletter
POPULAR AT PATHEOS Progressive Christian
1