As I’ve watched events unfolding in my nation and around the globe, I’ve dared to hope that perhaps at long last we may have reached a tipping point and there may be a critical mass of people who are finally prepared to act to bring about deep, genuine, and lasting change. I’ve also been proud to see my son own son as well as other Butler University students, alumni, and colleagues vocal in public ways and eager to give money and get involved in making a difference.

If that is indeed a hope we share, for it to be realized it will be crucial to think carefully about what kinds of changes we want to see and how we can bring them about. There are levels to problems and solutions need to be multifaceted. But most importantly, it is crucial that they be addressed at their roots, at a systemic level. Otherwise we may ameliorate the symptoms but we will not cure the illness of our sick society.

There is certainly not a strict hierarchy, but there is certainly a spectrum and indeed several spectrums that these activities fall along. One can be an influencer in one’s circle of contacts or beyond it. One can change minds and culture, or change laws and procedures.

And of course one can do multiple things that fall all along the spectrum. Genuinely addressing issues requires a multi-pronged approach. If one bails a lot of protesters out of jail, but nothing is done about the system that arrests people for protesting a murder, and more importantly about the system that lets those in positions of power get away with murder, one hasn’t made a lasting systemic and cultural difference.

Jesus spoke about tracing acts like murder to their root causes in human hearts. Rooting out hatred is hard work, and it is no surprise that we gravitate towards easier courses of action. It is easier to merely argue with those who support hatred, to criticize those who value property more than human lives, than to recognize their humanity and win them over. But that is the work that must be done if there is to be lasting change – without for a moment neglecting to address matters of law.

Laws without cultural conversion are ineffectual since people will not follow or enforce them. Changing minds and social values without legislation is ineffective because we will never achieve a society in which everyone values the lives of others as they should not only in theory but in practice, consistently and without exception.

What are you doing to bring about lasting change at this crucial moment in our history? What organizations do you recommend as places for us to focus our support and involvement so as to work together collectively in order to have the biggest impact we can?

Let me conclude with a quote from my Butler University colleague Dr. Terri Jett, Associate Professor of Political Science and Special Assistant to the Provost for Diversity and Inclusivity:

“Many of the problems Black people face disproportionally as a collective (generally speaking)—police brutality, mass incarceration, housing discrimination, disparate educational and economic opportunities, etc.—are all connected, and the issue of race is one defining factor. Until we unpack these systemic connections, we will continue to have catalytic events (such as the killings of Dreasjon Reed, Breonna Taylor, Ahmaud Arbery, and George Floyd) that remind us of how far we still need to go.

There is a difference between being non-racist and being anti-racist. If you are anti-racist, then you are intentionally working to dismantle racist policies and institutions, even to the detriment of your own privilege—recognizing that, ultimately, we will all be better for it.”

For exploring practical ways to make a difference, here are a few places to start, in addition to a number that I’ve circulated on Twitter and Facebook recently:

For white friends desiring to be allies

What else would you recommend? 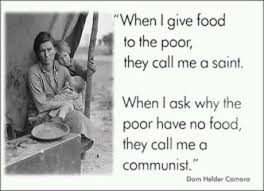 June 6, 2020 ReligionProf Podcast with Rev. Matthew Kelley
Recent Comments
0 | Leave a Comment
"James said"Although Paul doesn't mention women among those who saw Jesus in 1 Corinthians 15!"Yes, ..."
John MacDonald ChristianBooks Q&A: What Jesus Learned from ..."
"Dennis MacDonald draws some interesting parallels between the Greeks and Christianity (although he does take ..."
John MacDonald ChristianBooks Q&A: What Jesus Learned from ..."
"Nice. Looking forward to the next installment."
OffCenter Larry The Past, Present, and Future of ..."
"(Sorry if this ends up being a duplicate - Disqus is being annoying.)You really don't ..."
Iain Lovejoy Baking Cakes and Paying Taxes in ..."
Browse Our Archives
get the latest from
Religion Prof: The Blog of James F. McGrath
Sign up for our newsletter
POPULAR AT PATHEOS Progressive Christian
1