Exciting news from the Enoch Seminar about the next Nangeroni meeting. It will take place in January 2021 online, and the focus will be on John the Baptist! You can imagine how excited I am, given my own current research focus in this area. Below are provisional details. If you’re an academic who works in this area or in another that intersects with it (e.g. Dead Sea Scrolls, Gnosticism, Islamic studies) and you haven’t been invited to participate, let me or someone else connected with the Enoch Seminar know if you’d like to participate.

Was John an Essene? Was he at Qumran? Which are the major similarities and differences between John and the Dead Sea Scrolls? How is John’s relationship to Essenism to be revised in light of the latest studies on the Essenes, the Scrolls and Qumran?

Can John’s preaching be interpreted in the light of Second Temple Jewish Apocalypticism? What is the relationship between John’s preaching and the latest phase of the Enochic literature reflected in the Book of Parables? Can we notice any evidence of the influence of Enochic or Apocalyptic theological discussions on John’s worldview? Can the Apocalypticism be traced back to the historical John or is it the result of the reinterpretation that the Synoptics provide?

How is John to be located within the various forms of Jewish prophetism and revelatory practices? Was John a “mystic”? What was John’s eschatological outlook? Was his message mostly/all about judgment or was he first and foremost a prophet of restoration? Did he talk about the kingdom of God? Who was the Coming/Stronger One he announced? (The Davidic Messiah? A superhuman Messiah, e.g. the Son of Man? YHWH?) What did John think of himself? Did he claim to be the Elijah redivivus?

What was John’s stance on the much debated question of purity in light of the other halakhic views known to us? How did he articulate the relationship between ritual/bodily (im)purity and moral/inner (im)purity? Did he considered sinners to be ritually unclean (and defiling?) as long as they remained unrepentant and unrighteous? Did he somehow conflate the two, so that immersing in water was seen as cleansing not only the body from ordinary levitical uncleanness – or perhaps some special kind of sin-generated impurity – but also the heart from sin? How are Mark’s reports on John eating locusts and wild honey and wearing a garment of camel’s hair to be understood from a legal point of view? Do they testify to a peculiar halakhah and a claim of expertise on subtle legal questions on John’s part? Was John celibate? If so, was this related to purity concerns?

What was the relations between John’s baptism and Second Temple ritual baths? For whom was John’s baptism devised: for all and everyone (i.e. all Israel) or specifically for the sinners? What is the precise relationship between John’s immersion, the repentance of those who undertook it, and the forgiveness of sins? Which description of his baptism deserves more credit: Josephus’ or Mark’s? Was John’s baptism an ‘eschatological sacrament’ mediating forgiveness and effecting atonement and salvation? Did it impart the Holy Spirit?

What was the relationship between John and Jesus? Was Jesus one of his disciples or did he simply approve John’s work ‘from outside’? Did Jesus subsequently break with John or in any case left John’s vision and concerns behind him in favor of a very different kind of message and activity? Or is Jesus’ ministry rather to be seen as a programmatic and consistent continuation of John’s work? What are the main aspects of continuity and discontinuity? How much of John’s teaching was taken up by Jesus? Was the Lord’s Prayer originally taught by John? Did Jesus baptize at first? If so, did he ever stop? Should Jesus’ purificatory healings of lepers and people possessed by ‘unclean spirits’ be seen as a departure from or rather an extension of John’s (and Jesus’) interest in purifying repentant sinners through immersion?

How was the memory of John reshaped by the various groups and authors who in various ways valued his figure for their own ‘agendas’? Do the sources testify to the existence of a messianic “Baptist sect” in competition to the Jesus movement? If so, at what stage?

What role does the figure of John the Baptist play within Mandaeism? How is John represented in Nag Hammadi’s Gnostic texts? How is his relationship with Jesus articulated in the Psuedo-Clementine Homilies and Recognitiones?

A final panel of specialists discussing the results of the conference.

Mostly unrelated to John the Baptist, but related to one of his disciples, is my review of a book by Leonard J. Swidler, Three Jesus Certitudes: Pacifism, Feminism, and the Birth of Christianity. The review is now available in Review of Biblical Literature.

Also, as we live in a time that witnessed an attempt to defund the National Endowment for the Humanities, I want to express my delight about as well as share a link to the press release indicating the good work they continue to do. Take a look at all the important work in so many areas, including the study of religion, that they support! See too this PALNI-funded Butler University project to digitize some of the artifacts in our collection in 3D. 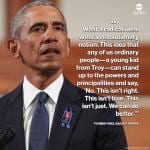 July 31, 2020
Powers and Principalities in the United States
Next Post 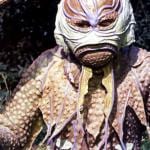