Evangelicals vs. the Commandments

Evangelicalism’s representatives tend to be characterized by two major characteristics: loud denunciation of the sins of others combined with the revelation sooner or later that those individuals were themselves living lives that are sinful by their own standards. Sometimes they are the very same sins they denounced, but not always. They have a profoundly ironic penchant for pointing to Romans 1 and denouncing same-sex relationships through appeal to that text, not seeming to realize the entire point of Paul’s rhetoric there is not to provide a model for preaching that condemns others, but the very opposite: he goes on to issue a warning against all those who speak in such ways.

Neither pride that precedes a fall nor hypocrisy is prohibited in the Ten Commandments, of course, but those who know the Bible know that there is far more that is demanded and prohibited than just what is on the famous “top 10” list.

Idolatry has long been a problem as the Bible has been treated as an idol. Nationalism has also taken idolatrous expression in churches. Just recently we saw the two combined as Mike Pence substitute the flag in place of Jesus in Hebrews 12.

Do not steal is another one we’ve often seen violated. Coveting is often at the root of that.

Lately, however, it is their penchant for willfully violating the prohibition against bearing false witness that has been on my mind. It isn’t a new phenomenon, of course. Conservative Evangelicals’ anti-evolution statements alone contain enough misrepresentation not only of facts and data but of scientists to make them contenders for first place in any dishonesty competition. But however much there is a clear continuity, recent political rhetoric still struck me as especially egregious. To call someone a Communist or socialist when they are not is bad. Doing so while not even recognizing the communist aspects of early church sharing of property makes it even worse. Saying that people who are themselves religious want to close down churches is ludicrous. But most troubling to me has been the willingness to claim that Joe Biden is a Christian (or more specifically a Catholic) “in name only,” as though that should count against him, while they support a candidate whose claim to be a Christian seems a better target of their own rhetoric. While no political party is supported without some degree of dishonesty and misrepresentation working its way into the ads and speeches, blatant misrepresentation ought to be viewed as incompatible with Christianity, I think…

At Event, Eric Trump Played Up What His Dad Has Supposedly Done for Christians 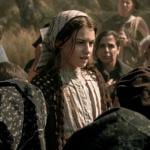 September 5, 2020
Fatima: Religious Experience in a Secular World
Next Post 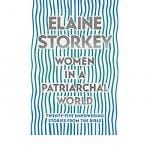 September 7, 2020 Review of Elaine Storkey, Women in a Patriarchal World
Recent Comments
0 | Leave a Comment
"Yes, of the tribes other than Judah, Benjamin is the one that is likely to ..."
James F. McGrath “To Your Tents, O Israel!” A ..."
"Lol Candace Owens....Candace Owens is a wingnut commentator and rising airhead of the young conservative ..."
Bones Understanding Whiteness
"Is this about Jesus or Dr King? I'm confused."
Robert Limb Historical Jesus Comparisons
"You have provided no basis for your assertions. Until you do my post from real ..."
Bob Shiloh Understanding Whiteness
Browse Our Archives
get the latest from
Religion Prof: The Blog of James F. McGrath
Sign up for our newsletter
POPULAR AT PATHEOS Progressive Christian
1