Review of Elaine Storkey, Women in a Patriarchal World

I was so excited to see an announcement about the appearance of Elaine Storkey’s new book Women in a Patriarchal World: Twenty-Five Empowering Stories from the Bible.

It appeared just in time for me to potentially take it into account as I worked on finishing my book What Jesus Learned from Women (which has now been submitted to the publisher, I am delighted to say). I took a peek inside on the Google Books preview and knew right away that I needed to consult a copy. I am glad I did, and am grateful to IVP (which distributes SPCK books in the United States) for sending me a review copy. Storkey confirmed some interpretations I offered of texts, made connections that we not only useful in themselves to me but sparked further creative ideas, and even in some instances when I am not sure whether I am persuaded by an interpretation that Storkey mentions, it is something worth mentioning and including in the discussion. She explored the stories of biblical women in a way that challenges widespread stereotypes and assumptions, and brings them to life for readers today. She draws not only on an array of scholarship but also her own experience and that of others that they have shared with her (for instance when she shares what African women told her about their own practices related to drawing water from a well, as it relates to the story about the Samaritan woman in the Gospel of John).

Her book doesn’t share the precise focus of mine, and as a result includes women from the Hebrew Bible/Old Testament as well as the early church outside the Gospels.

I think that recommending it on Labor Day is particularly appropriate. Few things bring the character of patriarchy into focus more than considering the work of women. Whether women play a role that is associated with them along gender lines as was traditionally the case, or do the same jobs as men, in a patriarchal context that work is undervalued. Just as a person can be more or less racist or misogynistic, a society can be more or less patriarchal. When the contribution of women is appreciated less (whether in terms of how it is spoken about and viewed or how it is compensated), patriarchy needs to be part of the diagnosis. Storkey’s book this does not only present the stories of women living in a far more rigidly patriarchal ancient society, but allows those stories to be heard today in ways that speak powerfully to our own time and context. I highly recommend it not only for the general Christian audience for which it is primarily intended, and who may find it works well in the context of a small group Bible study or Sunday school class, but also for academics who engage in any way with the stories of women in the Bible. That is not the intended audience, and there may be moments when the absence of footnotes will leave scholars wondering whether a particular insight is Storkey’s own or gleaned from elsewhere. It will nonetheless be well worth your time and you will find it not only a rewarding read but an engaging one.

Here is a video featuring the author exploring the topic of the book: 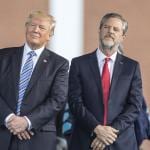 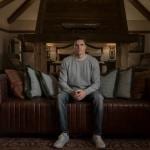