I have had many moments when I’ve been eager to blog about the season of The Mandalorian that just finished with that awesome jawdropping finale (“Chapter 16: The Rescue”). We’ve seen over the course of the season the return of Boba Fett and incredible live action performances of characters we had only met previously in animated form, including Ahsoka Tano played by Rosario Dawson and Bo-Katan Kryze played by Katee Sackhoff who was the voice actor behind the animated character. Yet even with all that, we still got an incredible finale in which Grogu’s call sent to reach any of the few remaining Jedi was answered as a lone X-Wing arrived to rescue the characters trapped on the bridge of Moff Gideon’s cruiser. The sarcastic reaction of Cara Dune, “Oh great, one X-Wing, we’re saved” was the perfect prelude to the impressive lightsaber work that dealt with the cohort of dark troopers on the ship. Even when the hooded figure wielded a green lightsaber (so rare in the Star Wars universe), I don’t know how many of us let ourselves accept the implications. Even when we the hooded Jedi had one hand gloved and the other not, it could still have been a fake-out, albeit a cruel one. But no, this was none other than Luke Skywalker, played by Mark Hamill with CGI de-aging to allow him to appear the age his character would have been at this point in the history of Star Wars’ unfolding events.

There are obviously new stores that we’ll want to see told, or at least imagine, now that this has happened. Stories about Grogu’s training and adventures would continue the love for “baby Yoda” that has swept the world, since presumably even as he gets old enough to talk and at least tag along as padawan on some heroic adventures, the cuteness would still be there. I also found myself wondering not only whether Grogu remained part of Luke’s new Jedi school through the arrival of Ben Solo, and if so what happened. But most of all I found myself wondering whether Luke might ever meet Asokha. It is hard to imagine anything more poignant and powerful than the student whose life took an especially tragic turn as her master turned to the dark side, meeting the son who helped his father find his way back to the light. You probably won’t be surprised to learn that fans have explored this already. Here are two such renditions that I found as I not only reflected on this but Googled to see what others might have to day: 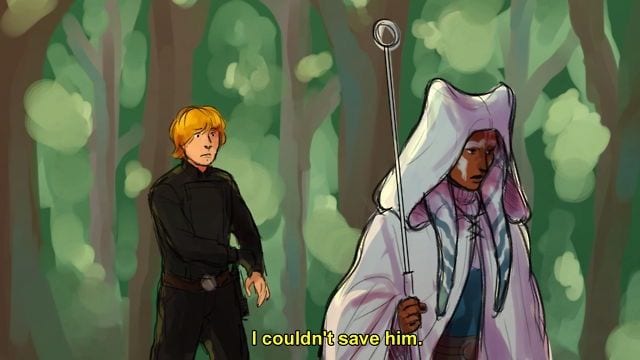 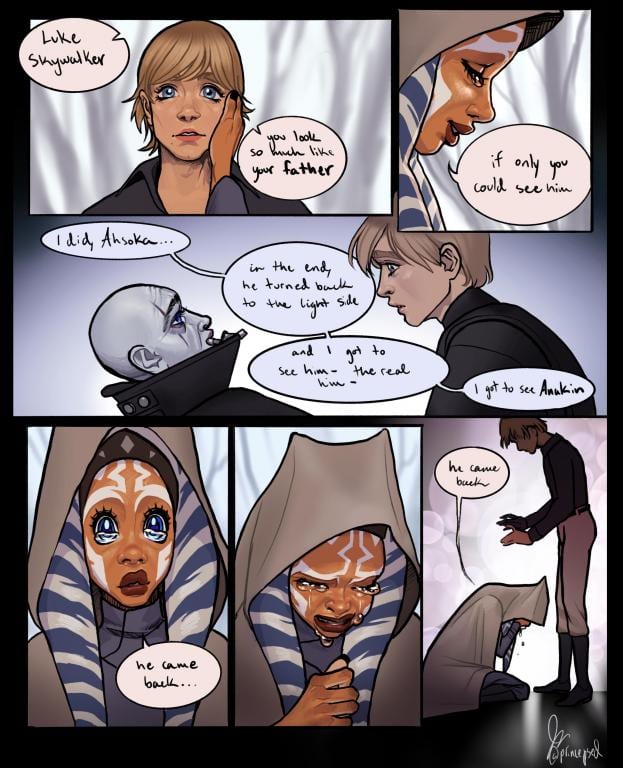 That last one genuinely gives me a lump in my throat. Star Wars’ exploration of redemption is profound, and just as when someone allows selfishness to take control in their lives it inevitably harms more lives than just their own, so too repentance can heal more souls than just one’s own.

The season has explored Mandalorian religions too in interesting ways. Bo-Katan and Koska Reeves are rather dismayed when they discover that Din Djarin (“Mando”) is a “Child of the Watch,” i.e. someone who subscribes to the views of the Death Watch, a narrow religious sect which (among other things) prescribes the removal of one’s helmet in the presence of others. “This is the way,” we have been told, but as is always true with religion, there is more than one way that people follow and are persuaded is right, Djarin’s insistence that “There is only one way, the way of the Mandalore” notwithstanding.

Perhaps my favorite episode as far as these themes are concerned was episode 8, “The Believer,” which asks whether rebels and imperials are ultimately different or the same, with everyone believing they are right, having lines they say they won’t cross, and circumstances in which they in fact are willing to compromise those supposedly core values. This question posed by Migs Mayfield gets a nice illustration as pirates attack their convoy and the Imperial forces rescue them. All that is the setup for the moment when Djarin, in order to access a terminal in the base, removes his helmet. “The child” means more to him than “the way.” It is a refreshing thing to know, that people are prioritized even by this person who subscribes to something that Mandalorians would consider fundamentalism. And it is good to know that it isn’t just about the extreme circumstance of saving a life, but more broadly caring for another. Hence Djarin removes his helmet once again, this time with far more witnesses, in order to connect in a more personal way with Grogu and help him made the choice that he needs to, as they say goodbye to one another and the Mandalorian entrusts Grogu into the care of Luke Skywalker.

For more on the episode, if you haven’t already read it, take a look at Daniel Burke’s discussion of religion on The Mandalorian published by CNN. Then see also:

The Best of the Jedi: Rosario Dawson on Bringing Ahsoka Tano to Live-Action and The Mandalorian

Boba Fett is Back: Temuera Morrison on the Return of a Star Wars Icon

Boba Fett is getting his own show: The Book of Boba Fett

Where does Grand Admiral Thrawn fit into the picture?

The future of Star Wars streaming 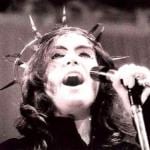 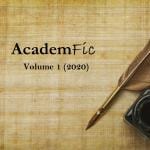 December 23, 2020 Introducing AcademFic: Volume 1 (2020)
Recent Comments
0 | Leave a Comment
Browse Our Archives
get the latest from
Religion Prof: The Blog of James F. McGrath
Sign up for our newsletter
POPULAR AT PATHEOS Progressive Christian
1