A Facebook friend shared a song idea on Facebook, I expressed appreciation and shared something of my own from a while back, and before I knew it an idea that I floated a decade ago was now a topic of serious discussion again all of a sudden. I’m talking about a Panentheist and Progressive Praise Project, an effort to create songs for a worship setting that are theologically and socially progressive. In many churches, due to the relative dearth of songs reflecting this kind of outlook, the preaching and other things may be progressive in character, but the songs sung are not. With this post I’m inviting others who are interested in contributing to assembling a collection of materials, most certainly an album but probably also sheet music or at least lyric and chord sheets as well, to express that interest. I think there is room for songwriters, vocalists, and other musicians to participate. If you don’t write songs but could add electric guitar parts, or if you write songs but don’t feel you can sing and share them yourself, together we can combine our abilities and make this happen. Who’s in?

In connection with this, let me share a rough recording of a new song that I’ve just finished writing. I’m calling it “God Has Told You.” The words are all adapted from the Bible: Amos 5:23-24; Micah 6:8; Luke 2:52-53; 6:20-26; and Revelation 21:5. It started from a number of impetuses and sources of inspiration. One was that I always make a point of trying to write a song when I teach my class on the Bible and music, and I’ll be doing so again this spring semester that is about to begin. If I ask students to create despite many of them not having any kind of prior training, then I feel like I should put myself in the same situation. Another prompt was discussing the Magnificat in my Sunday school class and talking about the possibility of a “punk” or at least contemporary one, perhaps using the translation in The Message. Some of the wording of that is strikingly contemporary: “He bared his arm and showed his strength, scattered the bluffing braggarts. He knocked tyrants off their high horses, pulled victims out of the mud.” In the end, I didn’t do so. But I had also been thinking about a song based on words from the 8th century prophets in ancient Israel, whose emphasis on social and economic justice is as relevant to our times as ever. In the end, all these came together into this song. Here immediately below are the lyrics, followed by a quick recording of it, just me at the piano:

God Has Told You

God has told you O mortal what is good

And what does the Lord require of you?

But to act justly and love mercy

And walk humbly before your God

Cast down the mighty from their thrones

Lift up the lowly and meek

Drive out the wealthy and haughty

Bring in the hungry and weak

Can’t stand the sound of your songs

Unleash a torrent of justice

A flood to wash away wrong

Blessed are the poor and the hungry

Woe to the prosperous few

Blessed are the downcast and mourners

Let me know what you think of it! On a related note, here’s that earlier song of mine that mentioned, which I re-recorded since my singing has improved at least a little since past attempts. It could also be part of the project.

Here’s another one (with a backing track that I don’t have time to improve, but on which I re-recorded the vocals):

Previously here on the blog (including one other song in the progressive Christian music genre):

Reality (In You I Live) Live

January 23, 2021 John the Baptist, the Historical Jesus, and Q #CFP
Recent Comments
0 | Leave a Comment
Browse Our Archives
get the latest updates from
Religion Prof: The Blog of James F. McGrath
and the Patheos
Progressive Christian
Channel
POPULAR AT PATHEOS Progressive Christian
1 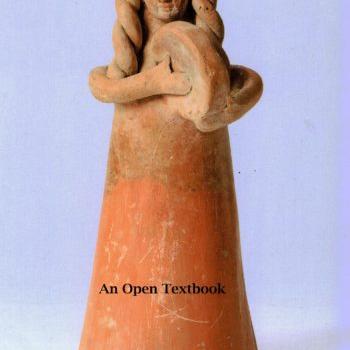