Is Abortion Murder? (Giving Birth Again to a 27-year-old)

I have felt puzzled and surprised by some of the things said in a response on the Biblical Scholarship Blog to my recent blog post about the longest an embryo has been frozen before being implanted in a woman’s womb and carried to term, which I highlighted in connection with a discussion of some of the views that supporters of a “pro-life” stance claim to hold.

The response starts with a lengthy quotation from another source, which assumes that abortion at any stage of development is equivalent to “killing babies.” My post was challenging that very assumption, and so to begin with that suggests either that my point was missed entirely, or a deliberate attempt to poison the well, or that this blogger is incapable of viewing the matter apart from their assumptions (which would be ironic since the lengthy quotation is offered to help me and others who allegedly would have a hard time understanding a “pro-life” position).

The next section tries to evade my point about twins. Once again it is hard to tell whether one is dealing with genuine incomprehension of mere feigning thereof. Suggesting that when one fertilized ovum becomes two it represents either simply the addition of one, or a replacement of the original one with two ones, making an analogy with a flatworm, sidesteps the central tenet of most who claim to be “pro-life.” The claim that human personhood begins at conception in a meaningful way is connected with the idea that a human soul is present. It is certainly possible to claim that a new soul is added if the embryo splits to become twins. But that is obviously an ad hoc stance for which there is simply no evidence. It is an attempt to force a theological system that was formulated prior to our modern scientific knowledge of embryonic development into coherence with the scientific picture. I would hope that any American who is not advocating for the repeal of the First Amendment and its replacement with theocracy would acknowledge that ad hoc theological positions that are neither demonstrably correct nor universally shared should not be imposed on the entire population of the United States.

The post then ends by once again assuming the very point my post was calling into question, namely that the destruction of a fertilized ovum is murder. It was not murder for the biblical authors. It was not murder for conservative Evangelicals until the effort to promote this view in order to garner votes for Republican candidates by uniting them around this issue. It is astonishing how quickly this history has been forgotten.

I do understand the impetus behind the “pro-life” stance. If we do not draw the line at conception, there is no other natural place to draw it, unless one goes to the other extreme and says that one is dealing with a person with human rights only from birth. In between there is an unbroken process of development in which any dividing line drawn will be arbitrary. That is disconcerting, to be sure, but inevitable when it comes to the law. We grant adult rights to individuals at age 18. Some were mature before that birthday, and some are not mature enough to have many of those rights until a later age. Rather than test each individual’s maturity before letting them vote, we draw a line based on age. In the case of abortion, we needn’t be quite so arbitrary. But most people recognize that as a human being develops, the loss of life becomes more and more tragic, indicating that we make distinctions even if we are not entirely certain where to draw the line. Those who have experienced miscarriages know that if one is trying to conceive, a heavy late period that likely indicates that conception took place is a sad event, but is not akin to having one’s two year old die. Few people who rush into a burning fertility clinic to save lives with choose to rescue hundreds of frozen embryos in order to save more lives than if they just manage to get a few doctors, patients, and newborn infants to safety. Most voters in the United States seem to agree on this. There is also ample evidence that those who vote pro-life do not in practice refrain consistently refrain from seeking abortions.

Even if one is not persuaded by my argument on this, for someone to claim that I don’t understand where the other side is coming from, when I myself used to hold such views, means they either haven’t paid attention to who I am and what I have said, or they are being dishonest. And even if someone isn’t persuaded by my arguments about this, the evidence that Democratic policies lead to fewer abortions ought to lead pro-life voters for vote for Democrats. To be perfectly frank, the evidence may just indicate that abortion rates are following an overall downward trend and has little to do with who is president. Either way, it means that voting Republican doesn’t actually reduce the number of abortions.

Why don’t pro-life voters adopt the kind of stance that provides solid sex education including about use of contraceptives that might lead to fewer unplanned pregnancies and thus fewer abortions, if their top priority as single-issue voters is to “save lives” by reducing the number of abortions? I suspect it is because that isn’t their real aim. The real aim is to adopt a puritanical stance with respect to sex before and outside of marriage, and ensure that women who do so risk bearing the consequences of unwanted pregnancy which they must then carry to term. It is hard to find another explanation for their obvious inconsistency about this.

One question I didn’t ask directly last time but will now is this: do those who posit an immaterial soul as present in a frozen embryo, do they envisage the soul as “frozen”? Is keeping a soul on ice, as it were, for decades cruel? Most people speak of the soul with no clear meaning and no sign they are aware of the difficulties inherent in making sense of the concept in relation to what we know in our time about biology. The case of Molly Everette Gibson being born from an embryo frozen for nearly 27 years raises important questions about the “soul” and what those who use the term mean by it. If nothing else, I hope that considering this case leads at least some readers to make the effort to clarify their meaning and thinking on this subject.

I’d love to continue the discussion. I hope that it will be possible to do so with more honesty and attention to relevant detail than the post on the Biblical Scholarship Blog showed when responding to my recent post on this topic, which of course was not my first time addressing the subject by any means (I share some of those past posts below).

There is a new Bible Odyssey article on the subject of abortion and miscarriage in the Bible and the Ancient Near East that is relevant to this topic. Also of related interest is the article in Commonweal, “A Dangerous Confusion.” See too:

Did the Mexico City Policy lead to a reduction in abortions?

Here are some past posts of mine related to this topic:

Abortion and the Bible

Does Life Begin at Creation?

Using Jesus to Get Votes

Do All Conservative Arguments Lead to Abortion?

Abortion and Child Sacrifice in the Bible (From The Archives)

The Sanctity of Life 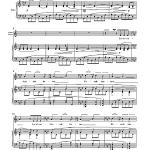 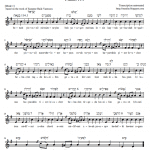