The New Testament does not claim that Jesus was unique. That may be a shocking claim, but I think you will find it to be true nonetheless.

He stood out from a crowd, from among his peers. Many people do. We might sometimes say certain people have a unique aptitude or are uniquely gifted, but we don’t mean that literally. We mean they excel relative to the population in general.

I have been thinking about this as I’ve worked on my book What Jesus Learned from Women, trying very hard to emphasize clearly that even when Jesus disagreed with his contemporaries about matters of purity, for example, he was not “arguing against Jewish purity rules” but arguing as one Jew among many about Jewish purity rules. What he offers is one possible Jewish understanding of purity, and the view that he held was not unique to him alone.

Some might say that he stood out by being “sinless.” That is not a claim that every New Testament author makes, nor one that a historian can verify. Depending what is meant, it could either be a way of saying he was righteous to a level that excelled others, or a form of denial of his humanity. If the point is seeking to do what is right and obey the commandments, then Jesus was not alone in doing that. The Book of Job may be a fictional tale, but its main character is said to have been righteous above his contemporaries, not lacking in the normal human desires and inclinations that, if followed unchecked, lead to sin. If honoring father and mother counts then Jesus both defended the commandment (Matthew 15:4) and to not care for one’s father and ensure honorable burial (a duty of a child who honors their parent) if it keeps you from leaving home to follow Jesus (Matthew 8:22).

I also found myself at Christmas thinking about this cartoon about bumper stickers, imagining what Joseph and Mary might have had on theirs:

Best Bumper Sticker Ever: Our Son is God

I write in my forthcoming book, What Jesus Learned from Women, discussing the story of the Syrophoenician woman:

Ultimately the question should not be whether Jesus used an especially bad insult in speaking to this woman, but whether he insulted her, period. He did. Comparing someone to a household pet may not be as bad as comparing someone to a wild scavenger, but both are dehumanizing. We sometimes find ourselves inclined to pretend otherwise because of an instinct many of us have to defend Jesus’s reputation if not indeed his perfection and infallibility.

The social-justice Jesus who promotes a healthy interpretation of the Torah, peaceful response to oppression, the healing of women’s bodies, and the recognition that the God of Israel is the God of the Gentiles as well is enormously appealing, and enormously useful. The image may also be substantially true. The problem emerges, however, when these observations are enhanced by the depiction of Judaism as rejecting such concerns. Jesus was not the only Jew to care about these issues; his social-justice interests make him a Jew rather than distinguishing him from Judaism.

Paula Fredriksen has written (in more than one place):

A Jesus who rejects his own religious culture turns out to be a 20th-century person in ancient garb—a modern secular liberal offended by impurity’s sharp lines.

A Jesus who lives coherently within late Second Temple Judaism is worse than too Jewish: He is too different. Perhaps here, then, on this point, at century’s end, we can see the beginning of yet another phase in the quest for the historical Jesus: one seeking to grasp how Jesus understood his own culture, rather than using him as a reflecting surface for understanding our own.

This issue also came up in connection with a New York Times op-ed that elicited a response from several major New Testament scholars, who wrote in The Daily Beast:

Writing in The New York Times on Christmas Eve, Peter Wehner, like so many Christians before him, sought to make Jesus relevant to contemporary readers by mapping present-day concerns onto first century texts to describe what his article calls The Forgotten Radicalism of Jesus Christ. His barrier-shattering, social justice warrior Jesus may be appealing, but this depiction is faithful neither to the Gospels nor to history.

Wehner yanks Jesus out of Jewish context and then falsely categorizes the Judaism of Jesus’ time as representing the toxicity of today’s contemporary culture. The piece is not only bad journalism; it is bad theology and bad history.

See also the article in the Times of Israel (for which I was interviewed) about the new book by Marc Brettler and Amy-Jill Levine, The Bible With and Without Jesus, about the different ways that Jews and Christians read the same texts in the Bible.

Often the assertion of Jesus’ “uniqueness” has been associated with exclusivism and even antisemitism. Yet anyone who does not esteem Jesus above other teachers and examples presumably does not deserve the label “Christian.” What’s the solution? One can be fully committed to a particular understanding of God, a particular set of scriptures, or an individual without it meaning we have to denigrate others or cannot be open to learning from them. That’s what people do with respect to human beings when they get married: they commit to fidelity to one person. In terms of this comparison, religious exclusivism ends up looking a lot like the “Billy Graham Rule,” reflecting a lack of dedicated commitment that views other people or other creeds as too tempting to be around. A pure pluralist eclecticism parallels those who seem unwilling to ever commit and settle down. Between the extremes it is possible to live a life that is faithful to one and yet does not need to achieve that fidelity by insisting that all others are disgusting.

I think that’s an appropriate approach to Jesus for whose who follow him, in particular because I think that’s what Jesus did and would do. He is firmly committed to the God of Israel, and at the same time recognizes faith in Gentiles who do not share that commitment.

We can still sing and say that there is none like Jesus, just as we might say that about the person that we’ve committed to spending our life with. It isn’t a literal statement (except in the case of my own spouse, obviously), but an expression of devotion. The point is not to figure out ways to say things that so set Jesus apart that one is led to treat all others as worthless garbage (not what Jesus would do!) but to be uniquely committed to following him.

This is an important point to make not least because in our time we have so many examples of people who will talk about the uniqueness of Jesus and will praise the Bible with superlatives, and yet they are clearly not committed to actually following and living what the implications of their rhetoric would lead one to believe. In Jesus’ teaching, it isn’t saying “(unique) Lord, (incomparable) Lord,” but actually doing what he taught that is what he seeks (Matthew 7:22).

A letter from the Lord Jesus: About God and Me (Revised)

How Beautiful on the Mountains are the Feet of Jesus

Also on a related note, I tried for a while to arrange for Anthony Le Donne and Larry Behrendt to appear on my podcast to talk about their book, Sacred Dissonance. It never came about, but let me draw attention to the book and some blogging others engaged in about it:

The Need for Enlightened Jewish-Christian Dialogue

Anthony LeDonne blogged about it himself as well 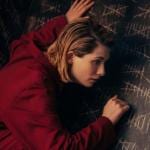 January 3, 2021
Doctor Who: Revolution of the Daleks
Next Post 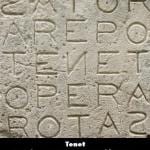 January 5, 2021 Tenet
Recent Comments
0 | Leave a Comment
Browse Our Archives
get the latest from
Religion Prof: The Blog of James F. McGrath
Sign up for our newsletter
POPULAR AT PATHEOS Progressive Christian
1