I am long overdue to blog about Chris Tilling’s important study, Paul’s Divine Christology, published first by Mohr-Siebeck in 2012 and then in paperback in 2015 by Eerdmans. A (slightly) revised version of Tilling’s doctoral thesis, it has many of the characteristics first monographs are prone to have, mine included. I am certain that I interacted with scholars whom I did not yet know personally in ways that I would temper significantly at least as far as my mode of expression is concerned, if quite possibly not in the substance of the disagreement. I hope that Chris (who has been blogging much less frequently of late than he once did, even though in the foreword to his book he thanks bibliobloggers) will see in this review post an invitation to a conversation. I am curious whether he would still today write (to use myself as an example of the rhetoric that peppers the text and footnotes of Tilling’s monograph) of “McGrath’s misleading treatment of monotheism in Paul’s letters” (p.153 n.294), or that “the rest of his argument is an unconvincing rehash of various other arguments against a Pauline divine-Christology” (p.91 n.100). Perhaps he would be even more forceful now.

Be that as it may, I want to start off on an appreciative note. Chris does for Paul’s Christology what work on memory has done for historical Jesus, in particular Dale Allison’s emphatic call to us to focus on the gist and overall impression rather than atomized fragments. The classic way of studying and discussing an author’s Christology (or anything else about their views) was to list titles and discuss their meaning (and in some instances whether they were even titles at all). What that misses, as Chris’s book shows, is an overall pattern that may not emerge from the divide-and-conquer approach at all, and certainly doesn’t come through in the same way (a point summed up nicely on p.187). The gist of the book is that Paul related to Christ in a manner that resembles how his contemporaries related to God. Despite the examples I provided earlier of what might be called ‘doctoral rhetoric,’ on the whole Chris is fair in his presentation of views he disagrees with, and honest about the limits to what can be argued based on a given text.

There are a great many details that Chris and I disagree on (and not just those in which he denigrates me and what I’ve written). The evidence that early Christian views of Jesus were uncontroversial cannot be so easily dismissed as he suggests. The controversy over Paul’s view of Torah, evidenced by the amount he had to write on the topic, shows that his statements about the exalted status of the Messiah were not inherently controversial in the same way. But most fundamental in relation to the argument of the book is this: the depiction of Paul as relating to Christ in a manner that closely resembles how people related and relate to God is still a matter of function that is entirely compatible with what we find asserted and implied in our sources: Christians relate to God in and through Jesus, they view Jesus as acting on God’s behalf and acting as God alone had the power and authority to act, and yet Jesus does so precisely as the one whom God exalted and authorized to do these things. We have divine authority and submission, because the role is not one that belongs to Jesus as a result of nature or metaphysics. Rather it is his because “God highly exalted him and gave him the name that is above every name” (Philippians 2:9). This is what the “divine Christology” of the earliest Christians entailed, whether we are talking about the letters of Paul or the Gospel of John. However much development there may have been, on this point there seems to be a high degree of consistency (as Chris highlights on p.246, although not drawing from this the conclusion that I do).

I hope that Chris will respond and share his thoughts in response to this blog post. For now, let me conclude by strongly recommending the book. Paul’s Divine Christology, like many other books I disagree with on important details, is nevertheless one that I highly recommend and makes a crucial contribution to the field.

You can hear more from Chris Tilling in these two videos:

Mike Bird offers a paraphrase of Romans 3:21-26 and highlights a new book, The Old Testament in Romans.

May 18, 2021
Reminder: What Jesus Learned from Women Conversation!
Next Post 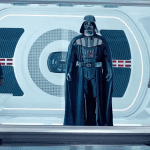