A friend and colleague shared this vision from 1997 of what education would be like in 2021, noting how accurate it is (with the exception of the flying cars that everyone assumed we’d have by now, even though earthbound drivers still aren’t using turn signals and obeying the rules of the road consistently which means letting them wreak havoc in the air would be catastrophic). 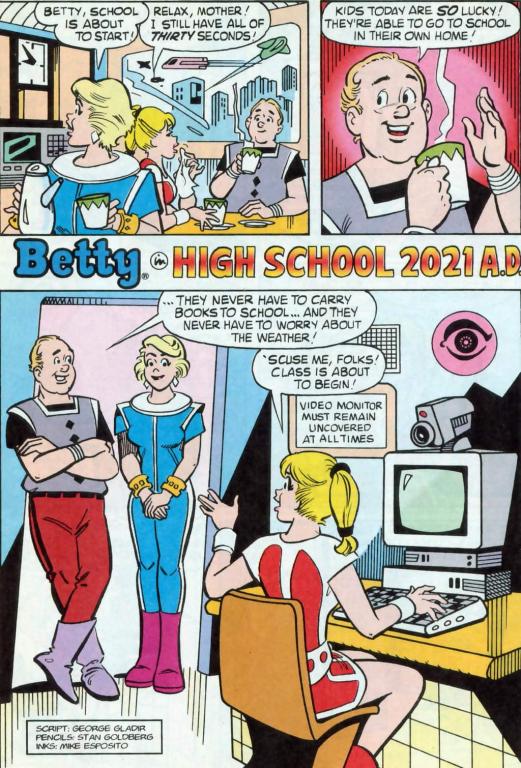 I reshared it on Facebook (after due fact-checking of course) and immediately heard from friends criticizing online learning as they have experienced it during the pandemic and have heard from others who have had negative experiences. I do sympathize with those whose experience has been disappointing or worse. I attribute some of that to the hurriedness with which many educators adapted to the pandemic, and some of it to the fact that students have often been trying to learn from home in conditions that are not optimal. For younger learners, so much has been suddenly placed on the shoulders of parents without the kind of infrastructure and support they need. Not all of it is due to the haste or the pandemic. However, I know that I have colleagues who are nearing retirement age who insist on pulling a slide projector and carousel to the classroom with them even though all the images on those slides were digitized years ago. Even without a pandemic in classes on campus, students are not experiencing an optimal use of technology to facilitate their learning.

There isn’t one simple definition of “optimal use” either, and it will often depend on circumstances. In my course on the Bible and Music, I have an electric piano at work purchased by the university with the express aim of facilitating my teaching of this course when, as tends to be the case, I cannot teach it in a room that has a piano in it. What should I do when half of the class is on Zoom? Even in a context when everyone is present in the classroom, the examples I provide may be audible, but it would be very advantageous if everyone could see what I am doing.

As it turned out, I decided not to drag the heavy electric piano and stand to class. And on that day only one student showed up in person, which was unexpected but led me to feel relieved that I had found an alternative.

Instead I used an online virtual piano website which meant that everyone on Zoom and the student present could see the keyboard on the screen. I did not play pieces of music that way (one plays using the computer keyboard which has significant limitations), but I was able to explain the pentatonic scale, dissonance, chromaticism, and atonality in ways that I would note have been able to otherwise, or at least not as well.

In the imagined future in the comic strip, there was a steady adaptation, one imagines, from the realities of the 1990s to the at-home learning it depicts. Much of it was developed and implemented so as to function smoothly. The recent en masse pivot to online and hybrid teaching and learning was, by contrast, an emergency measure undertaken by many professors who were ill prepared, by students who were ill prepared, all of whom may be teaching and learning in homes that were not ready for this in the way that Betty was in the comic. We should not judge the shortcomings of the current effort to adapt to the pandemic with help from technology any more harshly than we would judge the traditional lecture based on the person who reads in a monotonous voice off of their PowerPoint slides. They have been ill-prepared, or if they learned to do better they have failed to put what they learned into practice. It doesn’t mean that lectures cannot be phenomenal, it means that not all lectures are phenomenal.

Hopefully that time will come before today’s comics imagine it will. Hopefully the possibilities of technologically-enhanced learning will be judged in light of those developments and not in light of what some of us did on the fly. Not that we didn’t do our best, but many of us can and want to do better, both educators and students. I look forward to seeing how technology facilitates what we dream of doing, and hope we will not be held back either by the skeptics disappointed by experience with emergency measures, or skeptics with slide projectors who may insist that technology has nothing to offer of value. The inventors of the printing press, the ball point pen, and many other technological advances we now take for granted would surely beg to differ, as presumably would the inventor of the slide projector…

Of related interest, see The Tech Edvocate on “smart furniture for 21st century students.” I will also add that I had a wonderful reunion with past students of mine from my almost two decades working at Butler University on Zoom yesterday, something that would not have been possible without that technology if we had had to depend on all being able to gather in one physical place. You can see the part of our gathering that was focused on my recent book here: 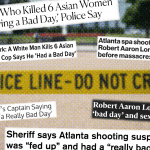 March 21, 2021 The Past, Present, and Future of Christianity in Science Fiction
Recent Comments
0 | Leave a Comment
Browse Our Archives
Related posts from Religion Prof: The Blog of James F. McGrath