I promised to return to the lyrics of the parody song “Fifty Ways to Forge a Gospel” I wrote several years ago and explain all the references in it. Here is that post. The annotated lyrics follow, with my comments in square brackets. The names, as in the original song are mostly chosen by rhyme. But each line has an allusion to an actual canonical or extracanonical work that could be considered a “forgery” in one of the many senses of that word.

50 Ways to Forge a Gospel

VERSE
At a York symposium, Bart Ehrman said to me

[I attended the 2015 York Christian Apocrypha Symposium, presenting on the Gospel of Jesus’ Wife. Bart Ehrman gave the keynote at the conference on the subject of his book Forgery and Counterforgery. At dinner after his lecture about the different kinds of forgery, he and I were chatting and I said jokingly that it would make a good parody song, “50 Ways to Forge a Gospel.” He laughed, but I’m pretty sure he didn’t think I’d actually write it!]

Don’t try to whitewash it, just call it forgery

[There is a long history of scholars using terms like “pseudepigraphy” and writing about the subject in ways that suggest that forgery was widely accepted. Ehrman makes the case that isn’t so.]

I’m all for nuance, here’s an argument from me
There must be fifty ways to forge a Gospel

[The letter of Jude in the New Testament quotes the book known as 1 Enoch and shows every sign of believing that it really does come from Enoch.]

[Jude or Judah or Judas is supposed to have been one of Jesus’ brothers, but we do not know who actually wrote the letter that goes by that name.]

There must be fifty ways to forge a Gospel

[An allusion to The Passover Plot by Hugh Schonfeld and similar alternative accounts of what happened on Easter morning.]

[An allusion to the novel Biff, a modern work that is arguably in the same genre as many ancient extracanonical Gospels, even if much more recent.]

[There is an ancient text called the Apocryphon of John.]

It just takes a good tale

Dialogue with the Savior, Xavier

[A reference to Dialogue of the Savior, an ancient pseudepigraphon.]

Have Jesus laugh from the sky, Guy

[In some extracanonical Gospels Jesus mocks those who think they crucify him, since God has substituted someone else in his place.]

Write “my wife” on papyrus, Iris

[This is a reference to the Gospel of Jesus’ Wife, a modern forgery on a piece of old papyrus.]

Then say it’s for sale

[Ehrman’s work challenges the idea that one could acceptably write in someone else’s name in ancient times.]

[Tertullian accused one of his contemporaries of forging the Acts of Paul and Thecla. Ironically, many modern scholars simply take Tertullian’s word on this matter!]

About the fifty ways

CHORUS
You can claim that you’re Matt, Pat

[Whether the Gospel of Matthew was written by someone named Matthew is unclear. There are also other possible works that may or may not go back to Matthew, as well as ones that are attributed to Matthias, hence the use of “Matt” which could be short for either.]

Or pretend that you’re John, Ron

[There are works attributed to John both in and outside the New Testament whose authorship is uncertain.]

Hint you travelled with Paul, y’all

[Ehrman and others view the “we” passages in Acts as an attempt to imply that the author had traveled with Paul, even though this was not the case.]

And you’ll be home free

[The reference here is to the infancy accounts that expand on Mark’s narrative, alluding to a famous Christmas carol.]

[The pun is on Matthew and Luke using a lost source, Q, which some scholars think they can not only identify but further analyze in terms of layers of expansion in that earlier work.]

Add a whole second book, Luke
Let someone else make it three

[I alluded here to the possibility that the author of Luke-Acts intended to write a third volume, with room left for others to come along and fill in those stories, whether claiming to find Luke’s “lost third volume” or merely narrating further acts of apostles.]

[Many pseudepigraphal works have Jesus offer secret teaching not recorded in the canonical Gospels.]
Call it Gospel of Truth, Ruth

[A reference to the Gospel of Truth, a Valentinian work.]

Add in the Demiurge, Serge

[The identification of the creator deity from Genesis as demiurge, a figure inferior to the supreme God, is a trademark of Gnosticism.]

Have them kiss on the lacuna, Petunia

[This refers to the spot where the Gospel of Philip says that Jesus loved Mary and kissed her frequently on the…and then there is a hole in the manuscript! I discuss this is my book What Jesus Learned from Women.]

[Codex Tchacos included the long-lost Gospel of Judas. It came to light via the antiquities market but is judged an ancient forgery rather than a modern one, showing how complicated this topic can get.]

This might need a new chart, Bart
If there’s this many more

Also relevant to this topic:

2019 Interns on the Forging Antiquity Project

Making the Mysterious ‘Dialogue of the Savior’ Not So Mysterious

Of related interest, see the section on pseudepigraphy in Dustin Smith’s book review of James D. G. Dunn’s book, Neither Jew nor Greek: A Contested Identity (Christianity in the Making vol.3)

Nicodemus and the Secret Scriptures

I somehow completely missed that my endorsement of Bart Ehrman’s textbook on the Bible was used! It is authentic and not a forgery! See also:

Interview with Ariel Sabar about his new book, Veritas

It perhaps also should be said as a final note that this parody of “Fifty Ways to Leave Your Lover” by Paul Simon might be judged as a “forgery” depending on how one defines that term. But for those who may not have gotten the joke thus far, here’s the original… 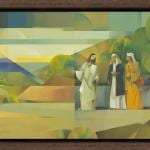 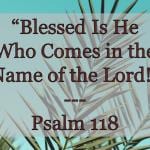 March 28, 2021 Psalm Sunday
Recent Comments
0 | Leave a Comment
"How do you imagine that I could have come up with my question based upon ..."
VinnyJH Mythicism and the Early Christian Band
"Did you read the post or did you just see the title and do what ..."
James F. McGrath Mythicism and the Early Christian Band
"It must be sad, first, not to be able to tell the difference between ghost ..."
Vance Morgan Think Outside The Box (The Cutest ..."
"HA.I don't believe the silly ghost stories you fell for.P.S. thankfully for you, there were ..."
Patrick O'Malley Think Outside The Box (The Cutest ..."
Browse Our Archives
get the latest from
Religion Prof: The Blog of James F. McGrath
Sign up for our newsletter
POPULAR AT PATHEOS Progressive Christian
1