I’m grateful to Brandon Hawk and to Rockridge Press for a review copy of Hawk’s new book, Apocrypha for Beginners: A Guide to Understanding and Exploring Scriptures Beyond the Bible. The book does something important that no other book does in a comparable way, namely offering a succinct, affordable overview of the range of texts that can be categorized as “biblical apocrypha” in the broad sense. The book includes the Apocrypha/Deuterocanonical works proper, making clear that what is in that category in fact varies between different canons. It adds to these the works that are sometimes categorized under headings such as Jewish Pseudepigrapha, Christian Apocrypha, and the Apostolic Fathers. By doing so, it helps a general reader understand that there is no one thing that may be called “the Bible” and thus likewise no single thing that may be called “the Apocrypha.”

Each chapter covers a range of texts, offering information about their authorship, date, the language in which they were written, and what canons if any include them. Under that last heading, Hawk clarifies when a work is not in any canon and yet was and/or is extremely popular and influential in a particular tradition. In an era of declining biblical literacy, things that are taken for granted by those with even a minimal acquaintance with the academic field of biblical studies are widely unknown. Even among academics in my field, the literature surveyed in this book is not as thoroughly known as it deserves to be. Speaking for myself, there are still many works in this broad category with which my familiarity is far less than I’d like. It is to be hoped that Hawk’s book will be read by curious members of the public and adopted as a textbook by professors teaching courses that aim to make students of various descriptions more familiar with the literature related to what is included in Bibles, yet falling outside of some or all of them.

Having highlighted some of the strengths and importance of the volume, I would be remiss if I did not share my reservations and criticisms. Some of them are perhaps quibbles. The consensus about the Similitudes of Enoch has shifted since I was a student, so that the consensus is that they are a Jewish composition from before the time of Jesus. The book’s date range as well as some of the information provided reflects the older view, that these might perhaps be a Christian composition, and are likely from too late a time to have directly influenced Jesus. I personally think that this shift is profoundly significant for all areas of New Testament study, but I will immediately add that there is no way that any one academic can adequately stay abreast of the most recent developments and changes in consensus among those who specialize in this diverse literature. The book spans such a range of time, from the Book of Yashar (the name of several forgeries but also an actual text cited in the Hebrew Bible) all the way to the Middle Ages. I also wondered why the popularity of the Protoevangelium of James among the Eastern Orthodox was highlighted, and yet the same not said of Catholics (p.65). I still recall teaching about the work and being struck that a student was profoundly familiar with the characters and stories from her Catholic upbringing. Here too, one must make allowances for the diversity and extent of these traditions. My own Catholic upbringing did not provide me with the same familiarity as this student!

Other issues are larger causes for concern, although their importance will depend on how the book is used. As a survey that one reads cover to cover, the book will cover enough to provide a good introduction, and the organization may not interfere with the book achieving its intended purposes. However, for those seeking to use it as a textbook or reference, the arrangement of the material is problematic.  Having the historic Apocrypha/Deuterocanonical works of Western and most Eastern Churches grouped into a chapter called “The Second Canon” makes sense, but having the next chapter titled “Apocrypha of the Hebrew Bible” is confusing. Both chapters include works that may have been written in Hebrew alongside many that were not. The latter chapter also highlights some of the works that are canonical for Jews and Christians in Ethiopia–but then 1 Enoch is separated from them and included in chapter 8, “Revelations and Apocalypses.” For the professor using the book as an assigned textbook, of course, there is always the option of assigning part of that later chapter earlier than the rest. The order of works in each chapter is not alphabetical, but one can find them thus arranged in the index which prevents this from being a problem. None of these matters of organization or labeling ultimately undermines the value of the book, but there do nonetheless appear to be missed opportunities to have the structure and arrangement of the whole and of major sections serve the book’s aims in a straightforward and direct way.

The book could not have covered all significant and interesting material that it might potentially have, without turning from a brief introduction into a thick and expensive reference work. Yet I am sure I will not be alone in thinking that works like “Thunder, Perfect Mind” from Nag Hammadi, and the Shepherd of Hermas, deserved to be in the main part of their respective chapters and not in the end among “other” texts in the category in question. For academic readers, it will be clear that this is simply an author making difficult choices about where to focus attention. I fear, however, that the main intended audience will come away from reading with the impression that the works that are given fuller treatment are the most important and noteworthy ones, and those given a brief mention at the end of chapters are less so.

Having said this, I want to end on a positive note because the book is an extremely valuable one despite my reservations about some of these aspects, which others may or may not judge to be shortcomings. Given the diversity of literature covered, the mastery that Hawk shows of it is impressive to an academic like myself, and will hopefully be thus recognized by all readers. Hawk provides just enough information, I think, to whet your appetite, without overwhelming with detail. The appendices include incredibly useful things like a chart that gives a more accurate impression of the diversity of canons than the usual oversimplified ones with a most 4 columns: Jewish, Catholic, Orthodox, Protestant. Other appendices provide brief biographical information about key figures in the study of this literature, and fantastic recommendations for further reading. It is hard for an academic familiar with the texts and methods to judge how clear or otherwise a book like this may be for a general audience. I believe it is, but what I can say with certainty is that I not only benefited by finding what might be a useful textbook for courses I will teach in the future. I learned things myself. As I emphasized earlier, I will say again here but from a different angle: the literature behind, around, based on, and otherwise related to the Bible is extensive, more than any one individual can hope to master. Not only a general public, but scholars like myself, ought to be more familiar with these works than we are. Academics will know some of them well, but none of us manages to spend our time studying texts ranging from second temple to Medieval Judaism and apostolic to Medieval Christianity. There are always gaps, and this book fills them, because although I said “none of us manages to” become equally familiar with these works, Brandon Hawk shows that he comes closer than perhaps anyone else in any of the relevant fields. I thus recommend him as a guide to this literature, and know that you will not only find it rewarding to read the primary texts, but will get more out of them by having Hawk as your guide. Few books offer such a wealth of information for such a low price, and so there’s really no reason to hesitate to get yourself a copy!

Brandon Hawk has some posts on his blog and videos on his YouTube channel that provide more information about Apocrypha for Beginners: A Guide to Understanding and Exploring Scriptures Beyond the Bible. Here are a few direct links:

Apocrypha for Beginners in Process

What’s Featured in Apocrypha for Beginners

AFB B-Sides: The Letter of Aristeas

(That last post indicates that his blog will be exploring some of the works that he didn’t include in the book, which provides a welcome and important resource in general, as well as specifically as a supplement to the book.) 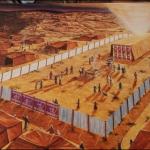 July 13, 2021
“To Your Tents, O Israel!” A Neglected Background to Early Christianity
Next Post 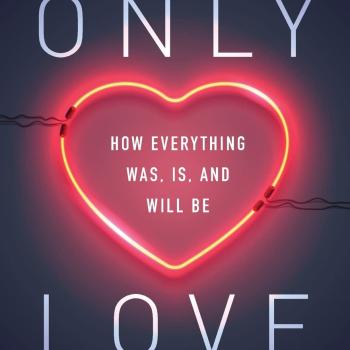