“To Your Tents, O Israel!” A Neglected Background to Early Christianity

Those who have read my book What Jesus Learned From Women and/or have heard some of my recent presentations about Mandaeism (or Gnosticism more generally) will be aware of something that has come to the fore across several of my (otherwise seemingly unrelated) research areas. We focus on the Jewish context of early Christianity more than on its broader Roman context, and appropriately so. However, the broader heritage of Israel is generally neglected or mentioned only in passing when the Samaritans come up. However, the idea that the northern tribes that historically inhabited Galilee simply vanished before the time of Jesus is implausible.

Bringing together all twelve tribes of Israel under a Davidic king was a longstanding Judahite aspiration. What did those hope for who understood themselves to have something in common with Jews and Samaritans, but also felt neglected in the visions offered by both?

The Gospel of John is notorious for the way it speaks about “the Jews.” That Gospel has a positive view of Israel, however. What might happen if we took the references not merely to Judeans over against Galileans, but to Judah over against Zebulon, Naphtali, and others?

”To your tents, O Israel” appears as a slogan of the northern kingdom as it rejects Judah’s dominance through its king (1 Kings 12:16). Is this longstanding imagery in the background of the Letter to the Hebrews and its focus on the tabernacle rather than the temple? Note that the traditional title of the letter has it addressing Hebrews, that is the full Israelite coalition, and not only Jews or Judaeans.

It is interesting to think about the language of “neither on this mountain nor in Jerusalem” through the lens of Washington, DC, the creation of a capitol for the United States that was not tied geographically to any state in the Union. Or in comparison with Romania as a new nation inviting a German royal family to rule them, rather than elevating someone from one of the regions whose role of dominance would be a sticking point for the others. The Tabernacle achieved what the Jerusalem Temple and the northern sanctuaries in Bethel and Dan stood diametrically opposed to, namely the centralization of worship and identity in one fixed location. The vision of the heavenly chariot throne in Ezekiel 1 emphasizes God’s freedom of mobility, not just within the borders of Israel but even to Babylonia. Might the viewpoint of Jesus (and likely his mentor John before him) draw on these deep roots in non-Judahite Israelite heritage?

I wonder whether approaching early Christian rhetoric through this lens and angle might offer an alternative to some options that are not entirely satisfying. Wayne Meeks famously opined that the Gospel of John seems the most Jewish at those very moments when it also seems the most anti-Jewish. Would it at all help make sense of this material if we view it as the first-century expression of inter-tribal rivalry that had been around for centuries? The polemic against “the Jews” in the Gospel of John does not appear to be Gentile anti-Judaism, yet is also hard to make sense of as a Jewish phenomenon. Might regarding it as an expression of an Israelite perspective offer a third way?

Approached through this lens, Jesus’ words to Nathaniel as Israelite go from being a puzzling oddity to a meaningful statement of a central theme: Jesus is the new Bethel, free to move around just as angels are free to ascend and descend. So too the prayer for unity near the end speaks to the persistent disunity of Israel. Jesus the Galilean of Davidic descent felt himself to embody the full spectrum of Israelite diversity and unity and offered a vision of his own messiahship as one who transcended Judaean nationalism, to the delight of many, but also Israelite exclusivism, to the consternation of many. In this too he reflected an emphasis of his mentor John the Baptist with his vision of a God who is free to cut down the whole tree if it is unfruitful, and to produce children for Abraham from stones, even as he had done for Abraham when he and his wife Sarah were as infertile as that stony ground in the wilderness. 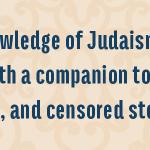