The One Where James Has Yet Another Idea for a Book He Doesn’t Have Time To Write August 30, 2021 James F. McGrath

Friends fans will recognize the format of this post as that which episodes of the series took. I had an idea for a book which could be called Friends: The Ones With All The Theology.

The book would undoubtedly be of interest, although unlikely to match even a fraction of the popularity of the show itself. Some will react to the idea by pointing out that the characters aren’t particularly religious, much less overtly theological. That, for me, is what makes engaging the show’s implicit and occasional theology, and engaging with the show’s secular portrayal of modern life theologically, so interesting, important, and worthwhile. If theology is meaningful in our time, it must be so for the Friends and their friends, and not only for those people whose religiosity is so overt and traditional in character that the Friends choose not to spend time with them.

Some of the chapters could include:

The Ones Where Joey and Monica are Ministers

The Ones with All the Reincarnations (and Grandma in Hell)

The Ones with Jewish Christmas Trees and a Holiday Armadillo

The Ones with all the Children Born Out of Wedlock

I should add that I had the initial thoughts about this book idea on a trip to New York City this summer which included a visit to 90 Bedford Street in Greenwich Village, the building that serves as the outside of the fictional apartment in which Monica lives that is the centerpiece of the show. There is a restaurant downstairs, but you may be disappointed to learn that it isn’t called Central Perk.

The book idea is a serious one, and I am equally serious about not having time to write it myself. I quite literally know much of the show’s dialogue by heart. Despite that fact, I have other things to write and I am committed to prioritizing. At least one book on theology and popular culture resulted from me floating an idea on social media and then quickly and happily watching others run with it. If this book seems like one that ought to exist, and you could write it, let me know. I may know a series that would be perfect for it, and a series editor that would likely be interested. 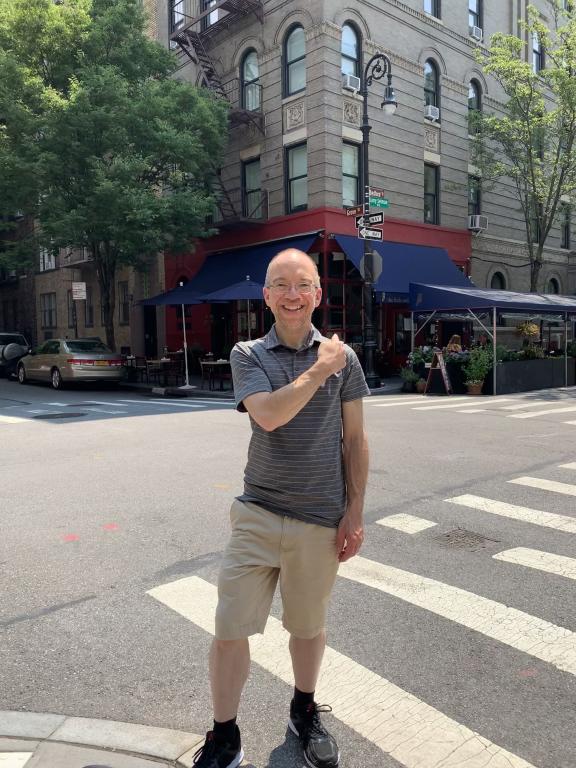 August 27, 2021
The Song of Rachel's Sister (and More Bible and Music)
Next Post