Why So Many Books on Women and the Bible?

Jaime Clark-Soles is the author of an important recent book on the subject of women in the Bible, and she isn’t alone. Hopefully she and I along with Lucy Peppiatt will manage to have a conversation and record it to share with those who are interested in our books and the broad subject area they all relate to. In the meantime, Jaime asked me some questions the answers to which I thought I’d share here.

1. What made you write this book and write it now?

There was very little sense as I started writing my book that it was more timely than it might be a few years later or would have been a few years earlier. The convergence of so many academics on the broad subject area of women in Christianity was not something that I sensed was happening or as likely to happen, and so there was no effort to be part of a trend. I was surprised by just how many books seemed to come out all at once! My own book really was motivated by the impetuses I’ve spoken about elsewhere: brainstorming possible topics for a student’s honors thesis, interest from a publisher, and a strong conviction that it was long overdue for male scholars like myself to contribute to the exploration of this area which female scholars had worked to bring into sharper focus–often without male academics giving that work the attention it was due.

2. Why do you think there continue to be so many books written on it?

I think there are a number of factors, some persistent or perennial, others specific to our moment in at least some way. Although not always given the attention it is due, it is often at moments when patriarchal assumptions about masculinity, work, leadership, family, marriage, and other things are challenged that there is a push in a pseudo-conservative direction, towards a tradition that invokes an ideal past that may never have been real and certainly was never the whole story. Thus even the prevalence of an issue like same-sex equality and marriage may make some heterosexual males uncomfortable, leading to an invoking of tradition that takes a patriarchal form, leading those who see this construct for what it is (or at least intuit that something is amiss) to turn their critical gaze on such matters. The #MeToo and related movements like #ChurchToo have also brought attention to patriarchy and the way it fosters cultures of abusive leadership and violence particularly (although not exclusively) against women.

The range is vast and I suspect that in the sheer number many would-be readers may not know which to choose. Your book and mine are aimed at readers who either have some background in biblical studies or can cope with a lot of new information if they don’t, and who are starting from a point of acceptance of women’s equality and likely women’s involvement in ministry. Other books are much more trying to argue the case for that. Some are focused on the Biblical literature, others at the history of conservative Evangelical culture (and the ways it often stands far removed from anything “biblical”). Some dig into detail on one topic like women in Paul’s churches, while others span the whole Bible and provide an overview. I think there should be more conversations among those of us who have written things in this field, to clarify what each of them does, as well as encourage and support one another in the effort to ensure that our message doesn’t only reach academics and/or clergy but people in church pews and the wider society.

Those are my answers. What’s your view of why there seem to have been so many of us actively writing on some aspect of this subject precisely now?

Of related interest, John Squires has posted a detailed review of my book on his blog:

Jesus, growing, learning: a review of ‘What Jesus Learned from Women’ 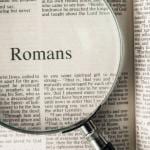