Conversations About Women in the Bible

Let me begin with the delightful opportunity I had to talk with Jaime Clark-Soles and Lucy Peppiatt about our three books which intersect around the theme of women in the Bible.

In this episode we’re talking about What Jesus Learned From Women with Dr. James F. McGrath, who is Clarence L. Goodwin Chair in New Testament Language and Literature at Butler University, the host of a podcast called ReligionProf, and the author of the book that we’re discussing here, What Jesus Learned From Women (published by Cascade). Dr. McGrath’s thesis is that there are many women in the Gospels who teach Jesus various things. Acknowledging that this is a controversial claim (depending on one’s Christology), Dr. McGrath begins by noting that Jesus obviously learned from Mary, his mother, and that there are other scenes that scholars have pointed to, such as the interaction with the Syrophoenician Woman, as discrete examples of Jesus learning from women. McGrath’s book seeks to build upon those examples and draw together all possible instances of Jesus learning from women presented to us in the Gospels. In our conversation we discuss Mary Magdalene, Jesus’ grandmother, the woman caught in adultery, and the woman at the well in particular. When set in modern conversations about gender, Dr. McGrath concludes from this analysis that if Jesus was a feminist at all, he was not a twenty-first century feminist, but rather a first-century Jewish feminist. Thus, Jesus shouldn’t be read as being outside of a patriarchal Jewish perspective. Rather, his views on women arise out of that Jewish context and influence. Team members on episode from The Two Cities include: Dr. Josh Carroll, Dr. John Anthony Dunne, and Dr. Chris Porter.

You can find this new episode on Spotify, Apple Podcasts, Google Podcasts, Overcast, Breaker, Anchor, or wherever you get your podcasts. Check it out, subscribe for weekly episodes every Wednesday, and please give us a rating and review!

Because the members of this diverse team of podcasters who participated in the episode ended up being men, I think we all found it hilariously ironic. However, the publicity image then got some attention from critics most of whom ignored that this was an ironic exception on a podcast that features mostly mixed gender participants or at times is all women. I’ve really been in two minds seeing the responses, not least because the responses have not themselves been uniform. On the one hand I appreciate that the publicity image looked like “yet another all-male panel.” Yet for me personally, I don’t think that an occasional all-male panel, at a conference which also has all-female panels and in which diverse panels are the norm, would be a problem. The main reason for my thinking on this is that I also work at a predominantly white institution, and know that expecting faculty and students who belong to underrepresented groups to advocate on behalf of those groups and represent them in every class and on every committee places an undue burden on them. One of the points I make in the book is that there should be more men advocating as men for gender equity, and more white people speaking out against racism as white people. That’s part of the message of the book, that the onus should not lie on those who have historically been underrepresented, marginalized, and oppressed to advocate for themselves. Those who are part of the constituencies that are historically the cause of the problem should take the lead in this. We need to listen to those voices and quote them and assign them as readings so that we don’t presume to speak on their behalf, and I do that in the book. But we should not expect them to do all the work of representing and advocating for themselves. But perhaps I’m wrong about this. I hope my book embodies my commitment to learning from women as Jesus did. If you disagree, tell me. I’ve heard different things from different women in response to this topic and so I’m sure there’s no way that my stance will please all women any more than it will please all men. But I want to listen, and I want you to be heard, and I want whatever I do to be informed by listening to what you have to say.

Here’s a link to the only full-length blog post criticism of the episode and of my responses to the comments on social media that I am aware of. And here is the embedded episode with my appearance on the Two Cities Podcast talking about the book, for those who wish to listen to it:

Let me know what you think of it! Also listen to their more recent episode with Dorothy Lee, author of her own fantastic book about women in early Christianity.

There is also a recording of the Brown Bag lunchtime talk about my book that I gave at Butler University recently:

If you are in Indianapolis, you should also come to the Indianapolis Public Library’s Author Fair on October 30th where I will be signing books. I’ll have books available for sale if you don’t already have one. Stop by Central Library in Indianapolis, even if just to say hello!

Here is another conversation that will likely interest anyone who has read this far.

Also related, Phil Long asked two questions on a story that is included in my book:

Why Does Jesus Refuse to Heal the Daughter of the Syrophoenician Woman in Matthew 15:21-28?

Macey Dickerson updated her website and What Jesus Learned from Women is featured prominently.

Newell Lectures ’21| Hidden Christian Figures: Bringing the Women Leaders of the Early Church Out of the Shadows (Youtube Links)

There is a relevant episode of the Birds of a Feather podcast in which Aimee Byrd and Michael Bird talk to Dr. Kristen Kobes du Mez, Dr. Beth Allison Barr, and Devi Abraham about gender and patriarchy in Evangelicalism:

Can Too Much Caring Threaten Our Convictions?

Deconstructing the ESV: A Historian’s Response to Kevin DeYoung

Listening to Women Created the Modern Southern Baptist Convention. Listening Again May Have Saved It.

Craig Keener shared a lecture on Paul and women in ministry.

1-2 Timothy, Paul on women in ministry 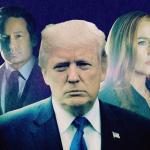