Listening to Women Created the Modern Southern Baptist Convention. Listening Again May Have Saved It.

On October 5, 2021 the Southern Baptist Convention did something really unusual. Its Executive Committee (EC), tasked with overseeing the business of the denomination, voted to waive attorney-client privilege. Specifically, they did so in an investigation by a third-party firm into its handling of accusations of sexual abuse within the denomination.

Attorney-client privilege, or the guarantee of absolute secrecy in conversations with your lawyer, is a legal right. Hence few organizations willingly give it up. Doing so increases your liability for two reasons: First, it opens up more possibly damning evidence to investigation. Second, insurance companies might not pay out in the event that the organization is sued based on the results of the investigation in which it waived privilege because it did not exhaust every legal option.

So why did the SBC do it? In short, the SBC waived this right because they listened to women, sexual abuse survivors in this case.

It also helped that the SBC, the nation’s largest Protestant denomination, is a “bottom up” rather than a “top down” organization. According to the denomination’s bylaws, the final governing authority is the “messengers,” representatives from member churches who gather once a year to vote on the pressing issues before the denomination. The Executive Committee then executes their wishes between meetings. Thus, ultimate decision-making power rests with a body who thinks more in terms of fundamental morality than in terms of the complexities of legal liability.

Over the past several years, survivors (mostly women) of sexual abuse within the denomination have gone public with their stories with the hopes of reforming the systems that made that abuse possible in the first place. Many denominational leaders supported them and called for investigation; others stymied them. Letters by Russell Moore, former president of the SBC’s Ethics and Religious Liberty Commission (ERLC) revealed that several such people held positions of power on the Executive Committee.

Some members of the EC balked. They hoped to find a way to hold the investigation that did not involve the potential liability in which waiving attorney-client privilege might land the SBC. Different members may have had different motivations. Some may simply have wanted to really understand the legal and financial implications for the denomination before agreeing to something so momentous. Others may have known about things they did not want exposed. But the Sexual Abuse Task Force stuck with their orders from the messengers and consistently made their case. After weeks of debate and prior votes that went the other way, eventually a clear majority of the EC (44-31) voted to do what the messengers told them. Feelings ran sufficiently high that afterward ten members, mostly in opposition to the waiver, resigned.

What was almost certainly forgotten in these discussions is that the structure of the modern SBC was originally inspired by the denomination’s women.

By the late nineteenth century, almost all American Protestant denominations hosted women’s missions associations, which is to say women’s organizations focused on praying for and financially supporting (often female) missionaries, both in “foreign” missions abroad and “home” missions within the United States. Both types of missions included evangelism, church planting, and social service, in different proportions depending on the denomination and the time period. 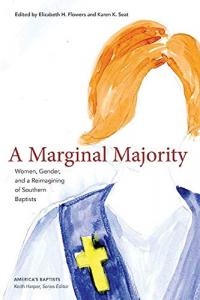 As Delane Tew writes in the first chapter of the edited volume A Marginal Majority: Women, Gender, and a Reimagining of Southern Baptists, in order to accomplish this fundraising, the Women’s Missionary Union (WMU) became the first centralized organization within the SBC. The SBC formed in 1845 when it split from northern Baptists over their unwillingness to appoint a slave-holding missionary. Hence, from the start, it placed a high value on local church autonomy. This emphasis meant that it was slow to develop centralized denominational structures. Its home and foreign missions boards, founded concurrently with the denomination, did all their own fundraising. The SBC only created the Executive Committee to conduct business between meetings in 1917, and it did not fund a full-time EC employee until a decade later.

The WMU, founded in 1888, was by contrast part of the larger movement of Protestant women to form organizations to support missions. It thus adopted their more centralized model and had local and state chapters connected to a central headquarters. This model made the women of the WMU more effective fundraisers than the men who led the SBC.

In the early twentieth century, the SBC wanted to equalize the funding of its various agencies so it launched a massive fundraising campaign from 1919–1924. The campaign did not work as well as hoped, for lack of efficient machinery to communicate the vision and collect the funds. Denominational leaders then turned for help to the WMU, which had both. The SBC ultimately patterned a new Cooperative Program (CP), founded in 1925, off of the women’s more hierarchical structure. The CP meant that churches took a portion of their tithe income and forwarded it to the state organization, which took a portion of that money and forwarded it to the national organization. The SBC then distributed that money equally to home and foreign missions as well as to its educational and benevolence endeavors.

A sign of the women’s fundraising strength was that their annual missionary offerings—which continue to this day—did not get absorbed into the Cooperative Program despite denominational leaders’ desires. Rather, they remained separate “over and above” offerings to missions as the women of the WMU requested because the denomination had come to depend on their substantial contributions. Every Southern Baptist today has heard of them, and likely contributed to them: The Lottie Moon Christmas offering for foreign missions is named for a female missionary to China and the Annie Armstrong Easter offering for North American missions is named for the first corresponding secretary of the WMU.

To return to the present, on October 11, the SBC’s legal counsel resigned too. He stated that he did not know how to properly advise an organization that would not necessarily keep the conversation confidential. Remarkably, the SBC has retained the same general counsel, now age 87, since 1966. To put that in perspective, the Equal Pay Act requiring women who do the same work as men to be paid the same was passed in 1963, the Civil Rights Act abolishing segregation was passed in 1964, the Voting Rights Act removing the substantial barriers to voting that Black citizens encountered in the American South was passed in 1965, and the National Organization for Women (NOW) was founded in 1966. The SBC is quite a different organization now than it was at that time: the chair of the EC is a Black pastor, Rolland Slade, and he has been a consistent champion for abuse survivors.

Some of the differences in legal outlook may be therefore be generational. Rachael Denhollander, a much younger lawyer and survivor advocate, advised the denomination to waive privilege because it was the right thing to do. It introduced legal risk, but did not guarantee loss of insurance, and it was necessary to get the information to accomplish the reform the denomination’s messengers said they wanted.

Listening to Denhollander and abuse survivors may actually have saved the denomination from legal and financial crisis: after the first few EC votes that refused to waive privilege, multiple SBC churches determined to withhold funding for the EC. While not yet going that far, even more wrote in to demand that the EC do what the messengers voted. The presidents of all six SBC seminaries also issued statements that the EC should follow the will of the messengers—even though all six had just last year issued a statement condemning Critical Race Theory in its totality in a way that went against a previous statement by the messengers that the legal theory contained some valuable elements alongside its problematic ones. That’s a lot of agreement on the importance of waiving privilege to help reform the denomination’s response to abuse victims—or at least on the importance of obeying a direct order from the messengers.

Because refusing that order would have destroyed Southern Baptist polity. And doing so might actually have opened up the denomination to far greater legal liability than waiving privilege. For better or for worse, the SBC has so far won every lawsuit filed against it because of some sort of malpractice at a member church—on the basis that the denomination is “bottom up” and the central denomination has no ultimate authority over member churches. Were the EC to have refused a direct order from the messengers, it would have made the denomination “top down” and that legal argument would likely no longer have worked.

That would have been a reform, in the sense of a change in the denomination’s processes. But it would not have been the type of reform sexual abuse survivors sought and the representatives of SBC churches endorsed. And judging from the strong initial reaction, many churches may have left the convention.

Listening to women created the modern SBC. Listening to them again may have saved it. But the fact that SBC leaders listened to women definitely demonstrates that Christ can enable genuine repentance in His followers. The people of the SBC churches voted to bring the denomination totally into the light so any deeds of darkness–in the way that abusers have been enabled or survivors have been treated–can be exposed, and the patterns that led to those deeds changed. That is not the self-protecting way of most human organizations. It is the divine way. May we all walk in it. 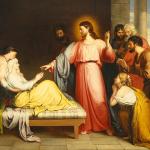 October 12, 2021
What If I'm Wrong about Miraculous Healing?
Next Post 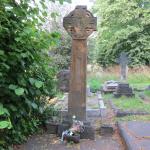 October 14, 2021 Deconstructing the ESV: A Historian's Response to Kevin DeYoung
Recent Comments
0 | Leave a Comment
"Good point!"
mmcguire001 Advent: The Most Apocalyptic Time of ..."
"Always appreciated the tension of Advent. Fleming Rutledge is, in my opinion, one of the ..."
mmcguire001 Advent: The Most Apocalyptic Time of ..."
"Hey Mike, The political Religious Right must cut huge sections out of their Bible in ..."
Artistree Ron Sider and the Fate of ..."
"I think people are being very thin skinned about an opinion of one person. But ..."
Roger McKinney A Panopticon for a Ruling Class ..."
Browse Our Archives
Related posts from Anxious Bench