I asked my Sunday school class to take a detour into a topic that I have been thinking about over the past several days. Three particular things have intersected to prompt this. One is hearing a philosopher’s talk about pan-African nationalism and its efforts against oppression and colonialism. The philosopher suggested that Martin Luther King Jr.’s nonviolence may have been a matter of pragmatism: fight the white majority, the government in the control of whites, by violent means and you’re liable to do nothing more than experience severe harm to yourself and your community. The second prompt is the fact that my course on the historical Jesus that I am currently teaching will focus on his ethical teaching this week. The third is what has been happening in the Ukraine. All of this converged to raise questions about Jesus’ teaching concerning non-violence. Indeed, one of the first things that all this led me to realize is that “nonviolence” is our terminology and not that of Jesus. If one engages in a boycott, that isn’t nonviolence, it is utilizing economic violence rather than military/physical violence. If one acts to bring shame upon the oppressor that is harming him at the level of his ego rather than his skin. Arguably wounds to the persona and the purse cut deeper than wounds to the skin.

Among the possibilities are that:

The difference between these highlights the distinction between various understandings of Jesus’ teaching and about how much it tells us something about the nature and character of God. There are also ways that several of them could reflect Jesus’ views and aims simultaneously. It is also a major question, when one compares the versions of sayings found in Matthew and Luke, whether Jesus taught nonviolent resistance or merely taught acceptance of mistreatment.

There is also the matter of whether non-violence was for Jesus something that applied to humans alone in the present age but not to God and perhaps also not to him and his followers in the eschatology. Would violent punishment eventually be inflicted on those defined as evildoers or did Jesus shift things away from hoping for violence altogether? Did his views on this subject change over time?

What do you think? I’m interested to hear from blog readers about any or all of the above!

There are may relevant things to be found elsewhere that touch on this topic, some new and some older, including a reflection on the parables from Baylor and a study guide about Jesus’ nonviolence according to the Gospels. See also:

Debunking The Myth Of A Violent Jesus

On the historical Jesus: 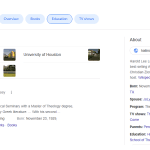 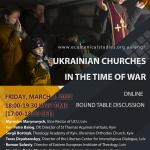