If you are at all interested in astronomy you have undoubtedly come across reference to the possibility of a “Planet X” that lies beyond Pluto, a 10th planet (assuming one counts Pluto as has traditionally been the case). Attempts to spot a planet in our solar system beyond the orbit of Pluto have thus far been unsuccessful. One possible explanation for this is that there is no such planet. Yet the behavior of other planets, and even more so of smaller objects in the Kuiper Belt, suggests to some that it most likely is there. Our failure to see it is because it is so far and faint. The search continues.

The discussion of Q among New Testament scholars is not dissimilar. Q, as most readers undoubtedly know, is a hypothetical document that many New Testament scholars believe was used independently by Matthew and Luke, accounting for the material they share in common that is not derived from Mark. This too is a quest to detect an object we cannot see by observing the behavior of objects we can see. From the latter we can potentially deduce the influence of the former, if it is there. The challenge, to continue the astronomical analogy, is that Matthew and Luke exert such strong gravitational pulls that it is not inconceivable that their movements are influenced by one another without a third entity being required.

If Q existed (and I am still inclined to believe it did) it would be incomprehensible if it was only known to two individuals, the authors of Matthew and Luke. We should thus expect its influence to be detectable in the manner that we perceive knowledge on the part of a scribe of another Gospel besides the one they are copying (such as when scribes have added to Luke’s version of the Lord’s Prayer the “missing” parts they knew from usage and/or Matthew’s version). We should expect to see behavior similar to what we see in those instances where Matthew appears to be aware of Markan redaction (such as when Matthew drops Mark’s parenthetical assertion that Jesus “declared all foods clean”).

I am not sure whether there has ever been a study of how the Q material varies across manuscripts when compared with other material. If such a study were to be undertaken, it might provide evidence of other versions. In some instances we might detect evidence of knowledge of a Q version that neither Matthew nor Luke reproduced precisely, if both those canonical Gospels seem to be conformed by some scribes to a third version that does not originally stem from either of them. In other instances we might detect awareness of a saying or story as it first circulated before it was written down in redacted form in Q.

I don’t have a good clear case that seems like it is likely to be an example of this. I am sharing this idea pretty much immediately after it occurred to me. However, since I have been thinking about Jesus’ sayings concerning John the Baptist in conjunction with my big upcoming project, it seems an appropriate place to start, and I have come across an interesting textual variant that at the very least represents the sort of thing I am talking about. The 13th or 14th century manuscript minuscule 5 (manuscript Grec 106 in the Bibliothèque Nationale de France) has an interesting reading in Luke 7:28, leaving out the qualification on the greatness of John the Baptist which adds that “the least in the Kingdom of God is greater than him.” (I will include a screenshot of the relevant part of the manuscript below.) In this it seems to be unique (although the Pseudo-Clementine Homilies and Shem-Tob’s Hebrew Matthew are at least similar). Other features of the manuscript at this point, however, ones that differ from the version found in English Bibles and in critical editions of the Greek New Testament, begin to appear at least as early as Codex Bezae which is from the 4th-5th century. Bezae (digitized and transcribed courtesy of the University of Cambridge Digital Library) reads:

It separates the qualification from the assertion of John’s greatness but eventually includes it. It also qualifies “none greater” by making it “no greater prophet.” (The Latin that stands opposite the Greek text in Codex Bezae renders this “major inter natos mulierum propheta Joanne Baptista nemo est.”)

Could Q (or some other text such as one of the Jewish-Christian Gospels for that matter) have been remembered to have been different? Could scribes have been aware that there was a version of the saying different from what both Matthew and Luke wrote and “fixed” them? It would take a much more extensive study of all the relevant evidence to make a case for Q on this basis, but whatever emerged would surely be useful.

This particular example being so late might be due to another influence, which could nonetheless illustrate the phenomenon if not the impact of Q. I am referring to music. The text sung for feast days marking moments in John’s life included the words of praise without the qualification (here is an example from 15th century Poland – I’ve spotted examples going back at least as far as the 11th century in the Cantus database). This illustrates the complexity of the situation which scholars often need to simplify to make progress, but risk oversimplifying. As far back as we can trace, there have been other written documents, and there has been singing, alongside and around the texts that have reached us across the centuries. Can we ever hope to detect and delineate this lost context of the literature we study? The short answer is of course no if the question is whether we can do so in a manner that provides a high degree of certainty. Yet the impossibility of ascertaining certainty should not prevent us from asking important questions, nor from seeking to answer them as best we can. What I propose here is thus in keeping with the overall ethos of the quest to detect Q, and merely offers some methodological suggestions for how to approach it in a fresh way that expands the possible evidentiary base.

What do readers of this blog think? Anyone inclined to pursue this project (in a way that I won’t have time to anytime soon)? Have their been studies along these lines that I may have missed? What do you think of this line of investigation and argument? Please share your thoughts and perspectives! 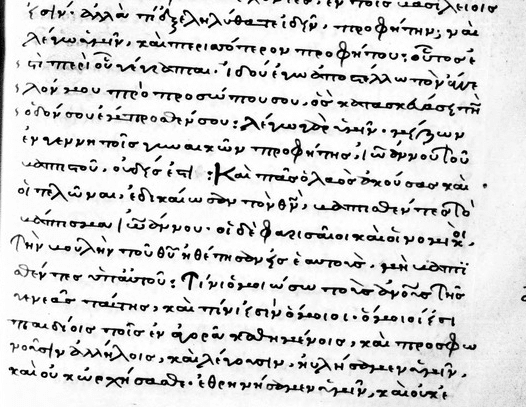 Of related interest to John the Baptist (who gets a mention in the video) here is an Iraqi news segment on the Mandaeans:

The Dead Sea Scrolls After 75 Years–How Do They Relate to Earliest Christianity?

Tim O’Neill on the historical Jesus and mythicism.

“The Frightening Side of Baptism” in Christian Century

Finally, for any Q skeptics who nonetheless patiently read this:

The Many Things That Don’t Exist

March 22, 2022
Q as a Source of Knowledge about John the Baptist
Next Post 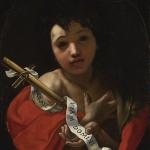