I’ve been notified of the acceptance of a conference paper I proposed, and so I’ll be presenting a paper on John the Baptist in Q at the Society of Biblical Literature Annual Meeting in November, in the SBL program unit with the shortest name (“Q”). Here is the summary of my paper:

In her groundbreaking study Baptist Traditions and Q, Clare K. Rothschild argued that in the Q material in the New Testament we are dealing with teaching of John the Baptist that has been transferred to Jesus. The present paper will argue for a similar yet distinct conclusion, namely that much but not all of the Synoptic material identified as stemming from Q can so plausibly be ascribed to John due to the fact that Jesus was originally part of John’s movement and continued the practices and emphases of his mentor to a larger extent than is typically acknowledged. This conclusion does not preclude the possibility that individual sayings of the Baptist may have been ascribed to Jesus for precisely this reason. The approach adopted and conclusions argued for here, however, support a more wide-ranging conclusion, namely that the teaching of Jesus as a whole (and not only the Q material) constitutes an important source of information about the aims of the historical John the Baptist. This thesis will be supported by close inspection of several sayings attributed to Jesus in Q that cannot easily be ascribed to John because they address the relationship between John and Jesus, yet which indicate that Jesus understood his own message, activity, and authority to be linked to and a continuation of John’s.

There are some other possible ways I may be involved in AAR sessions as well as SBL, which I’m still waiting to hear about. I’ll also be sharing news about my sabbatical next year soon. That will be dedicated to work on the John the Baptist project of which the theme of the paper mentioned above is just one small piece.

I was recently on the Transfigured podcast/YouTube channel talking mainly about the Christology of the Gospel of John, but in the process a lot about John the Baptist and the Mandaeans came up, as you’ll hear.

The Mandaeans recently celebrated Panja, a creation festival associated with the five intercalary days in the Mandaean calendar (which has 12 months of 30 days and then this extra five days). Here is a video from Iraq of their baptismal rite practiced on that occasion:

David Christian Clausen has a summary of Hugh J. Schonfield’s book The lost “Book of the nativity of John” a study in Messianic folklore and Christian origins, with a new solution to the virgin-birth problem:

Are the Nativity Stories of Jesus based on those of John the Baptist?

The book itself can be viewed in its entirety on the Internet Archive:

Florence Somer has an interesting article (in French) on the Mandaeans

Books I Have Read: Clarion Call

The papyrus fragment P.Berol. 11633 has a fascinating account of John baptizing Jesus:

My Most Exciting “Discovery”

Who Wrote the Dead Sea Scrolls–What Do We Know after 75 Years?

I still hope to get a chance to talk with Yuhana Nashmi about his book 100 Souls 100 Stories 100 Tiles: A Community Art Project. I highly recommend it!

On Jesus, here is a talk by Sara Parks about her research on Jesus’ gender pair sayings in Q: 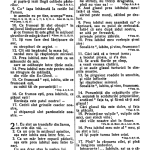 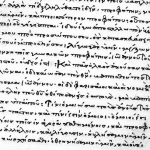