An Ecstatic and Formal Side to Roman Traditions

An Ecstatic and Formal Side to Roman Traditions June 12, 2013 M. Horatius Piscinus

“Turn around to pay adoration to the Gods. Sit after you have worshiped.”

We are reminded in this Postumnian instruction that there are two sides of the Roman tradition. One is the formal side that focuses us on proper performance of ritual. The other  comes from an ecstatic tradition from which the Religion Romana evolved. The ecstatic tradition appears among the vates, the White Sibyl of Tibur and the Sibyl of Cumae, Aius Locatius, Attus Navius, and, of course, Egeria with Numa.   Legend says that Numa would perform incubation rites in the sacred grove of Carmentis, who, as Goddess, most represents the originating tradition of ecstatic trance. Egeria, it is said, was a nymph of the sacred spring of Carmentis, or, perhaps another  understanding, Egeria would appear as an image of Carmentis. She would appear to Numa in his induced dreams and instruct him on what the Gods desired in Roman ritual. Numa and Egeria were so close that they were viewed as husband and wife, representing the marriage of the formal and the ecstatic sides, each side as distinct as male and female, and each as equally important aspects of the Religio Romana. Such was it in the past, and such ought it to be in the present.

Both sides of Roman traditions are reflected in its rituals. On the one hand, with the first part, we are given a detail on how to perform a ritual. In formal Roman ritual actions are performed with rigid adherence to what is required for the ritual; any errors may require that the ritual be repeated. However this rigidity in ritual lends itself to preparing a person by bringing him or her into ritual consciousness. It is then that one sits, as instructed in the second part. Seated erect, with both feet placed flat on the earth, hands placed on either thigh, eyes focused straight ahead, while the mind is in ritual consciousness, we look, generally, in our peripheral vision for any signs from the Gods that our sacrifices were not accepted.  But, on the other hand, this state of mind can lend itself to going further, where auditory and visual signs may be received from the Gods. I will return to the ecstatic aspects of Roman ritual in later posts, but for now I wish to keep to the more formal side of the tradition.

Earlier I had described how a Roman rite, or ritus, is a certain action combined with words and gestures in a traditional way, and that a rite is seen to have four parts: the approach, the formula, the request, and finally the response. The first three parts of this definition for a ritus has to do with the formal side, while we sit to await a response in the fourth part.  The formula refers to a number of things, including the time and place where it is proper to perform a ritual. But mostly what we mean by formula is a traditional set of gestures combined with a prayer formula said over the proper offerings. These three things are so closely tied together that one cannot think of prayer without sacrifice and gesture. Offering a sacrifice is “thought to be ineffectual without prayer, and without a prayer the Gods are considered not to have been properly consulted” during a sacrifice (Pliny N.H. 28.10). Prayers can be said in different ways. Some examples would be by one individual in front of others, by a group of individuals in unison, in a kind of dialogue where one person says part of a prayer and the others respond in unison either repeating what was already said, or by responding each time with a set response. Not all traditions use these styles. Not all religions have a Quietist tradition. In some traditions it is natural to chant the words of a prayer, and it would be unthinkable to pray in silence. For someone who did come from such a Quietist tradition and who is use to praying silently to himself he might be very surprised and a little confused to be among others whose tradition is to dance in prayer. So just bear in mind that when we say “prayer” we actually mean a prayer formula said aloud, chanted, or sung, along with appropriate gestures and appropriate sacrifices for the God or Goddess one is approaching.

As an example, to ask a favor of Venus, one courts Her as a lover with gifts of sweets, dainties, and jewelry. She is offered wine, unlike other Goddesses. Gold necklaces and bracelets once adorned Her statues for this reason. There is a certain manner of speech when addressing the Gods, base on a traditional way of forming prayers in Saturnine verse. Epithets appropriate for addressing Venus differ from those addressed to other Goddesses. And then there are the gestures of prayer which vary according to the category of deity invited to the ritual. Therefore, in addressing Venus, our right hand would be raised manus supine with the palm facing the sky, possibly even towards the planet Venus, because She is a celestial Goddess. We would not use a manus prona gesture where the palm faces downward over an altar fire, for that is a gesture intended for the Manes and for some terrestrial deities, but not Venus. An adoratio gesture is made to Venus at the altar, or kisses mat be thrown towards Her image in the sky or elsewhere. The details differ with each God or Goddess but always in the Religio Romana, prayer, gesture, and sacrifice are integral with one another.

Numa’s instruction is about an adoratio. An adoratio refers to a particular rite used in addressing our ancestral Lares or the parental Gods and Goddesses. The sacrifice associated with an adoratio is the presentation of ador, accompanied with the adoratio gesture. “Ador is a type of flour, formerly called edor, because it is exposed to a fire to be roasted first, as it is with this flour, made with salt into cakes, which is used in the sacrifices (Fest. s. v.).” The adoratio gesture is where the back of the right hand is kissed just below the first knuckle, then touched to the altar, and next moved off to the right side with a twisting motion of the torso (Pliny N. H. 28.5). The adoratio is performed before offering the ador cake and again after. Twisting at the waist all the way to the right signifies the conclusion of the rite.  In the ritual known as a Parentatio, addressed to deceased parents and other relatives, a person would perform a series of adorationes. The reasoning behind the gesture and this rite is to connect with our spiritual ancestors through physical contact with an object that holds their presence. As Pliny explains it:

“To their supplications they add to touch the altar with outstretched hand, when they make adorations at the altars because in the altars the vital force of the Manes moves strongly (Pliny N. H. 11.250).”

At the completion of the adoratio ritual the presiding celebrant (praeses) turns around, facing away from the altar, and makes a gesture of liberalitas. This is a gesture made with the right hand in a sweeping motion backward, with the hand open, something like the gesture a waiter might make in showing you to your table. In a way, it is a final presentation of what has been done at the altar. If a ritual is being addressed to the celestial Gods at dawn, we are thus facing east, and we turn at the conclusion towards the west with the gesture of liberalitas to invite the Manes to witness. Likewise in a ritual intended for the Lares, who are associated with the north east below the seat of Jupiter, then turning to the south west to invite certain terrestrial deities to participate and witness. With this gesture performed in the litatio stage of a ritual, the presiding celebrant restates the offering prayers, only in the past tense to say what has been performed and why, and then concludes by thanking each God and Goddess who was called to be present at the ceremony by making final offerings to each. In accordance with Numa’s instruction, then, the litatio is followed by the perlitatio where the presiding celebrant alone sits to observe for signs.

Ritual is a tool and is never meant to be held for its sake.  It is meant to bring us into the presence of the Gods on one level or another. In some rituals the numen of a Goddess may instill a sensation of serene security. In another a God may instill in you strength and endurance in your labors. And some rituals are intended to bring you into a more direct contact with the Gods either through inspiration as with the sibyls and vates or through an ecstatic experience in vivid dreams, visions, and ecstatic trance.  The formal Roman ritual can be long, tedious, repetitive, and difficult to perform. That is the formal side that requires some exactness.  But in doing so we are led into a ritual consciousness. By the time one sits during the perlitatio stage of a formal Roman ritual to observe for signs, the conscious mind has already been prepared to focus in a heightened state of awareness. If all has gone well, with the Goddess or God having accepted the sacrifice, She or He will send down a numen to receive back the divine essence within our offerings. Seated in the presence of a divine being, focused as we are toward the numina, the divine within ourselves is conjoined with the vital force of our offerings back to a divine source. It is then that it becomes possible to raise our consciousness into a state of still higher awareness of the spiritual forces around us and to thereby experience the more spiritual side of the Religio Romana. 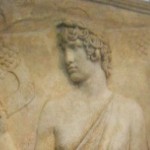 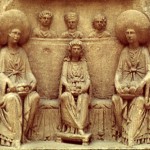 June 17, 2013 Patheos’ New Sitewide Series: What Do I REALLY Believe?
Recent Comments
0 | Leave a Comment
""My 'battle' is often with atheists - pagan atheists - who revere nature and argue ..."
Thisica Beliefs: That the Gods of Ancient ..."
"the bottom line is reality, one may have ones own moral consience of how important ..."
jeff Discussing Sacrifice in the Bhagavad-Gita
""In some rituals the numen of a Goddess may instill a sensation of serene security."Do ..."
Guest An Ecstatic and Formal Side to ..."
"Thank you for sharing with us, Piscinus."
Crystal Clary Annis Morning Prayers
Browse Our Archives
get the latest from
Pagan
Sign up for our newsletter
POPULAR AT PATHEOS Pagan
1