Atheists. There Are More Of Them Than You Think

Atheists. Lots of them. Surprise! 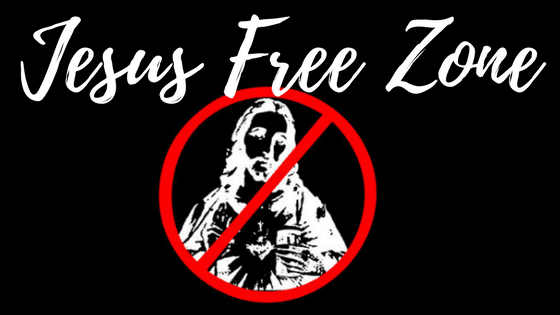 But Regular Public Opinion Polls on Atheism would have you assuming differently.

The question is: can these polls be trusted?

Firstly, there is no consensus of the precise meaning of the words: “Atheist,” and “Atheism.”

Dictionaries, Atheist groups, Christian and other religious groups, and individuals use different definitions.

When a polling agency asks whether a person is an Atheist, those participants who reply usually base their response on their own meaning. This may or may not not fall within the polling agency’s definition, dictionary definitions, or with the meaning that most other Americans use.

“… in the broadest sense, the absence of belief in the existence of deities. Less broadly, atheism is the rejection of belief that any deities exist. In an even narrower sense, atheism is specifically the position that there are no deities. Atheism is contrasted with theism, which, in its most general form, is the belief that at least one deity exists.

On the other hand, the American Atheists web site takes a firm stand:

There is a difference between passively lacking a belief in a God, and actively denying the existence of a God.

Consider the unicorn. I feel certain it doesn’t exist… that it’s merely a mythical species. As with Bigfoot and the Lock Ness Monster, there is no truly conclusive evidence they exist. However, if asked whether the unicorn may have evolved on another planet somewhere else in the universe, I lack a firm belief because I have no proof to either agree or disagree.

Consequently, if a polling agency asks a person whether they are an Atheist, do not believe in God or they indeed have no belief in God, the poll’s results will be very different.

Keep in mind that results will also differ depending on the confidence the individual being polled has that it’s safe to reveal such a personal manner to a stranger over the telephone.

There is confusion between the terms “Atheist” and “Agnostic:”

An Agnostic is generally defined as a person who believes there is no conclusive evidence whether one or more gods do or do not exist. They generally feel ethically bound to withhold their belief. Some Agnostics assert that a proof is impossible now and in the future.

To many people, the gap between an Atheistic belief and Agnostic belief is very narrow.

The level of disapproval of Atheism and Atheists is very high in the U.S.

Many people feel that for a person to lead an moral and ethical life they must first believe in the existence of the Christian God or at least of some other deity or pantheon of deities.

Without a belief in a God and perhaps also belief in the possibility of eternal punishment in the torture chambers of Hell, some feel that a person has no motivation to lead a decent and ethical life.

One indication of this disapproval is regularly shown by Gallup polls when they measure the percentage of adults who say that they would vote for:

“… a generally well-qualified person for president who happened to be an Atheist.”

Will Gervais, a University of Kentucky psychologist, conducted a deeper study by into the public’s negative judgment of Atheists. They uncovered some shocking data. His paper’s abstract states:

“Scientific research yields inconsistent and contradictory evidence relating religion to moral judgments and outcomes, yet most people on earth nonetheless view belief in God (or gods) as central to morality, and many view atheists with suspicion and scorn. To evaluate intuitions regarding a causal link between religion and morality, this paper tested intuitive moral judgments of atheists and other groups. Across five experiments (N=1,152), American participants intuitively judged a wide variety of immoral acts (e.g. serial murder, consensual incest, necrobestiality, cannibalism) as representative of atheists, but not of eleven other religious, ethnic, and cultural groups. Even atheist participants judged immoral acts as more representative of atheists than of other groups. These findings demonstrate a prevalent intuition that belief in God serves a necessary function in inhibiting immoral conduct, and may help explain persistent negative perceptions of atheists.”

Tom Jacobs, author of an article in the Pacific Standard magazine, discussed Gervais’ study. Jacobs concluded that as long as:

“… people are convinced there is no good without God, atheists fighting for public acceptance face a struggle of Biblical proportions.”

In view of these high levels of distrust and dislike, many Atheists being contacted by a polling agency won’t feel comfortable revealing their beliefs to a stranger over the phone. They are more likely to protect themselves in case the caller is not who they claim to be or the information won’t be held confidentially and leaked to others.

Some Atheists will even refuse to reply or will report, falsely, that they identify with an organized religion.

Data reported by polling agencies are only approximations of the true value.

The margin of error for a typical poll involving 1,100 individuals, is about ±3 percent. That typically means that if the poll were repeated 20 times with a different but truly randomized group of 1,100 individuals, that for 19 of the polls, the average result would fall within ±3 percentage. Thus a poll that returned an estimated percentage of Atheists equal to 10%, if the poll were replicated 20 times, the result would be within a range of 9.7% to 10.3% for 19 of those polls.

Oxford Living Dictionaries. 2017. Definition of atheist in English. At https://en.oxforddictionaries.com/

Merriam-Webster. 2017. How AGNOSTIC Differs from ATHEIST. At https://www.merriam-webster.com/

The American Atheists web site is located at: https://www.atheists.org/

Gervais W M. 2014. Everything Is Permitted? People Intuitively Judge Immorality as Representative of Atheists. At http://journals.plos.org/

Note: In this essay, I capitalize the words Atheist and Atheism. Usually, only organized religions are so capitalized. However we note that when an Atheist is asked what their religion is, they some answer “Atheist.” Although Atheism is lacking some of the attributes of religion, some regard it as a religion because it involves a belief about God , and often involves personal ethical beliefs. Thus I capitalize the term here.