Salvation Is A Forked Tongue Affair In The Bible

“People to whom sin is just a matter of words, to them salvation is just words too.” 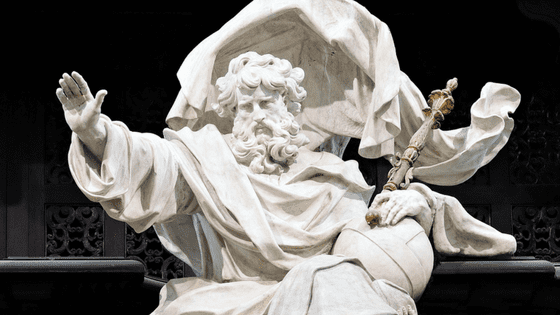 Lately, I’ve been on a Quora.com kick.

This nifty Q & A web forum never fails me when I’m hungry for insightful and sometimes absurd fun.

But one recent post stopped me in my tracks. It was from someone obviously agonizing over the death of a family member. It read:

“My son recently passed away. I am a Christian but he claimed to be an atheist. What chance do I have of seeing him in heaven?”

Ironically, this question was custom built for me!

If we assume that historical Christian teachings are true, then there are only two possible outcomes for people when they die. They will either spend eternity in:

Therefore, the question raised on Quora is actually about salvation.

Salvation determines whether one will go to heaven or hell. The “Final Judgment” is the final decision made of who Jesus will select to be saved or condemned and why.

Luckily, the Ultimate Guide To Salvation (Holy Bible) gives us a precise description of how one’s salvation status will be determined at the time of the Final Judgment. It’s seen at Matthew 25:31-46, also known as the “Sheep and Goats” passage.

It describes how all the people from every nation in the world will be gathered together in front of Jesus who will then separate them into two groups:

On a personal note, this passage may be one of the sources for the centuries-long discrimination against left handed people, which I am, and find rather uncool.

There is only one single criterion cited in the passage that determines who will be saved and go to Heaven: whether the individual — while they were alive on Earth — treated needy people kindly.

Specifically, it considers whether they had helped out hungry, thirsty, unclad, sick, or imprisoned people.

Unfortunately, the passage is not too helpful to the individual Christian.

My assumption is that every person who has ever lived will have performed some good deeds for needy people during their lifetime… but will have also ignored others.

Personally, I usually give into my heart and share some change with a person begging for money assuming they seem to need it more than I do. But speaking honestly, there have been times when I’ve been in a mad rush and have blown by them without so much as a glimmer of acknowledgement.

It’s unfortunate that the Bible passage doesn’t give details on how a so-called passing grade is determined. Consequently, nobody can be sure whether they’ll be a leftie or a rightie when Judgment Day finally arrives.

Also, unfortunately, there doesn’t seem to be any type of appeal process one can pursue should they end up in the undesired destination.

Another problem with this existence altering decision is that there are other passages in the Christian Scriptures (New Testament) that conflict with this passage. Since they were written by various followers of Jesus rather than being quotations of Jesus himself, they presumably don’t have the authority of Matthew 25’s Sheep and Goats passage where Jesus’ exact words are allegedly cited.

Individual Christian denominations appear to select one or more favorite Scripture passage and downplay or ignore the rest.

The bottom line: For those Christians who would love to know whether they are going to Heaven or Hell, they’ll simply have to wait to see what the exact criteria for salvation is and whether they’ve made the grade.

Quora. Atheism and Christianity. At https://www.quora.com/

December 14, 2017
Atheists. There Are More Of Them Than You Think
Next Post

December 18, 2017 Gender Identification: Are Transgender People A Mistake By God?
Recent Comments
1 Comment | Leave a Comment
"From Jesus' words in Mt16, Luke14 and others it seems He expects us to go ..."
Richard Lee The Conflict Between Absolute and Relative ..."
"Whosoever is a term used by God a lot.In old Testament, it is whosoever..... shall ..."
Herrnhut The Conflict Between Absolute and Relative ..."
"Is this the place to come to in order to illustrate how religion censors reality?"
Elind Hell And It’s Existence According To ..."
"BINGO!!!!The word that starts with h and ends in e and l and l is ..."
Elind Hell And It’s Existence According To ..."
Browse Our Archives
Related posts from Religious Tolerance