Gender Identification: Are Transgender People A Mistake By God?

Gender Identification: Are Transgender People A Mistake By God? December 18, 2017 Bruce A Robinson

Why is there such a conflict about gender? 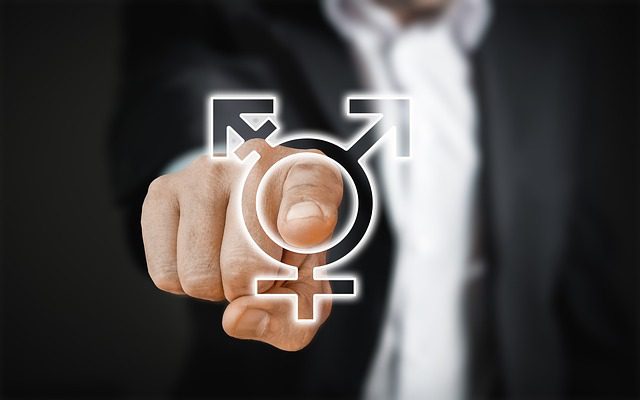 There have been at least three different methods to define a person’s gender:

Visually at birth: A doctor typically inspects the body of a newborn. In the vast majority of cases, the doctor can easily identify the sex by looking at the external genital structures. This is typically referred to as the newborn’s gender or “biological sex” which is documented on their birth certificate.

Checking DNA after birth: Sometimes a visual check of the newborn fails for one of two reasons:

Self-identification later in life: Starting approximately at the age of 3, most children will identify themselves as having either a female or male gender. In the vast majority of children, they are cisgender. This means that they identify their gender as matching their biological sex as shown on their birth certificate.

However, among transgender individuals, most are identified as male at birth. But, later in life, they describe themselves as having a female gender. They often say that they have a female brain trapped in a male body.

Almost as many transgender individuals are identified as female at birth. But, later in life, they describe themselves as being male and having a male brain in a female body.

There is increasing evidence that this belief about their brain gender is, literally, true.

To further complicate matters, some transgender persons identify themselves as having an undefined gender. They might feel they are neither female nor male, have aspects of both genders, or that they switch between genders from time to time.

Also, many young children who identified themselves as being transgender become cisgender later in life.

Conflicts arise when a person or a group will use only one or two of the above methods of defining sex and gender and reject the other(s).

Can human brains be either male or female?

The findings of all of these studies point to:

This implies that their sense of personal gender is caused by a difference in brain structure, not by being in a state of “gender confusion” as many religious conservatives and others sincerely believe.

How might female brains be formed in a male body — or vice-versa — before birth?

A person’s genital structures start to form early during pregnancy, mainly during the first six weeks.

By 13 weeks, an ultrasound can normally determine the presence or absence of the embryo’s penis and thus predict whether the fetus is a biological male or female.

However, it’s not until about six months into gestation that the fetal brain begins to be masculinized or feminized.

Does God make mistakes when he creates persons who later identify as transgender?

The people at the Back to the Bible Holiness Church in Gwinnett County, north of Atlanta, GA apparently believe that God is not responsible for some people being transgender. On their church sign, they said, simply, that:

This passage from the Hebrew Scriptures (Old Testament) says, in the King James translation of the Bible:

“Male and female created he them; and blessed them, and called their name Adam, in the day when they were created.”

Other translations of this verse say that Adam and Eve were called “Mankind,” “Humankind,” “humanity,” “human beings,” etc. — terms that may be easier to understand in the above sentence.

Many Christians would disagree with this congregation’s point of view. They generally believe that God is directly involved in the development in the embryo and fetus at all stages during each pregnancy. Some quote Jeremiah 1:5 when God is recorded as saying:

“Before I formed you in the womb I knew you, before you were born I set you apart. …” (New International Version)

Some believe that God does not make mistakes and that transgender identification happens as a result of the person becoming “gender confused” years after they are born.

Some transgender individuals are accused of believing that God made a mistake when they were formed in their mother’s womb and gave them the brain of one sex and the body of the other sex.

H. Adam Ackley, a Christian pastor and theologian who is intersexed, eloquently denies this, saying:

“…to be born outside the gender binary really isn’t any different than being born with any other form of diversity. To explain to others that we are transgender doesn’t inherently suggest that God made any sort of mistake in creating us as transgender. Even if we seek medical treatment to help us overcome gender dysphoria, [the feelings of distress often associated with being transgender] … we are no more suggesting that God made a mistake in creating us than anyone else who undergoes medical treatment for a medical condition. For example, most religious people wouldn’t think of forcing those born with a cleft palate that required surgical correction to defend their existence theologically, as if their very existence on the planet is some kind of blasphemous allegation of God’s incompetence. Yet [some of] the religious routinely attack those of us who are transgender not only on the basis of gender but as heretics, which many of us find even more painful.”

Alicia Johnson, a former pastor in the Seventh-day Adventist Church and a lesbian, writes extensively about LGBT matters. She notes that Genesis 1:27 is often used to link gender identity directly to biological sex. It says:

“So God made man like his Maker. Like God did God make man; Man and maid did he make them” (Living Bible)

“… where does this text teach ‘our gender identity is … determined by our birth sex?’ Particularly since by ‘birth sex’ they generally mean sexual organs? I don’t see anything at all about anatomy. …”

In another essay, she wrote:

“Sometimes people are unwilling to test their particular theology or ideology against the physical world around us, the world God has given us. This is one such example. Only a steadfast refusal to engage with the implications of the truth of God’s creation as we know it can allow a traditionalist understanding to be maintained on this point.”

Many — perhaps most — conservative Christians appear to believe that a person’s gender is solely defined by their genitals and/or DNA: A person’s birth-identified gender is thus fixed throughout life. They believe that transgender individuals are simply “gender confused” and are violating God’s intent when they identify as a different gender.

Since the Bible contains many passages limiting the roles that women could have during biblical times, many Christians feel threatened when a person asserts that they have transitioned between female and male.

I sometimes wonder who will be the next group to be discriminated against on religious grounds. The approximately 10% of humans with a homosexual or bisexual gender orientation are now largely accepted in many developed countries. The 0.6% of people who are transgender are well on their way to similar acceptance.

Since little dialogue is occurring among people of different viewpoints, it may take decades before the conflicts over transgender individuals will become close to being resolved.

But who will be next? Perhaps albino individuals? It would be difficult for religious groups to mount a major campaign against them because there are so few: only about 0.006% of humans.

Perhaps faith groups will notice Galatians 3:28, give up attacking minorities, and accept all people as humans with equal rights. Paul wrote, according to the NIV translation::

“There is neither Jew nor Gentile, neither slave nor free, nor is there male and female, for you are all one in Christ Jesus.“

One can always hope.

Frequently Asked Questions [about being intersexed],” at: http://www.isna.org/

Science Daily. 2015. Transgender: Evidence on the biological nature of gender identity. At https://www.sciencedaily.com/

Hendriksen E. 2016. Why are some people transgender?, Quick and Dirty Tips. At http://www.quickanddirtytips.com

Johnston A. 2017. The Bible Never Condemns Transgender Identities. At http://aliciajohnston.site/

Johnston A. 2017. With Trans People, God Doesn’t Make Mistakes, but We Do. At http://aliciajohnston.site/

December 15, 2017
Salvation Is A Forked Tongue Affair In The Bible
Next Post