Roe v. Wade: The War Between Science And Religion

Roe v. Wade: The War Between Science And Religion December 29, 2017 Bruce A Robinson

The abortion war wages on in America. Welcome to Roe v. Wade. 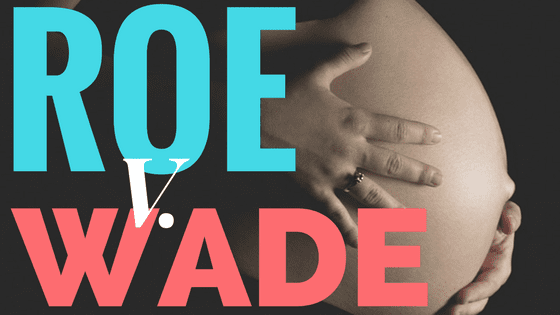 “Jane Roe” was a pseudonym for the plaintiff, Norma McCorvey. “Henry Wade” was the defendant, the district attorney of Dallas County, TX who enforced a state law that banned all abortions except those required to save a pregnant woman’s life.

Jane Roe launched a lawsuit to have such laws declared unconstitutional. At that time, individual U.S. states had many different laws restricting when in pregnancy — and under what conditions — a woman could legally obtain an abortion.

The court ruling applied to all states in the United States and was based on the majority of Justices’ interpretation of the Fourteenth Amendment to the U.S. Constitution. They believed it contained a “right to personal privacy.”

Their decision was based on the time in pregnancy when the fetus becomes viable. Before viability (before the fetus can live independently from her or his mother) the court decided that the interests of the pregnant woman were paramount. Only after viability did the rights of the fetus to live outweigh the desire of the woman to have an abortion. Even then, if a continued pregnancy would threaten the life or “health” of the woman, an abortion is permitted.

The Court placed the timing of viability at approximately the start of the last trimester — the last third of pregnancy. This typically occurs somewhere between the 24th and 28th week of pregnancy and would be determined on an individual basis by the attending physician.

A decade after the Roe v. Wade decision, Justice Sandra Day O’Connor commented that Roe v. Wade was on a “collision course with itself.”

As medical technology develops, the point of viability will be gradually pushed backwards in time. The world’s current record for youngest surviving fetus is James Elgin Gill. He was born during 1988 in Ottawa, ON, Canada at a gestational age of 21 weeks, 5 days. He is now a healthy adult in his late 20’s.

Dr. Yoshinori Kuwabara of Juntendo University in Japan has successfully gestated goat embryos in an artificial womb. If such a device is refined for human use, it could have a profound effect on the availability of abortions for humans.

Religious responses to abortion before & after Roe v. Wade

The Roman Catholic Church and Orthodox Judaism had long opposed abortion. Together, they formed the initial organized opposition to Roe. Fundamentalist and other evangelical Christians largely accepted the ruling. In its November 8, 1968 edition of the evangelical publication Christianity Today posted a “Protestant Affirmation” that stated:

“Whether or not the performance of an induced abortion is sinful we are not agreed, but about the necessity of it and permissibility for it under certain circumstances we are in accord.”

In 1971, the Southern Baptist Convention passed a resolution calling for:

“… legislation that will allow the possibility of abortion under such circumstances as rape, incest, clear evidence of fetal abnormality, and carefully ascertained evidence of the likelihood of damage to the emotional, mental, and physical health of the mother.”

A week after the court ruling, W. Barry Garrett, writing for the Baptist Press, said that Roe:

“… advanced the cause of religious liberty, human equality and justice. … There is no official Southern Baptist position on abortion, or any other such question. Among 12 million Southern Baptists, there are probably 12 million different opinions. …”

Albert Mohler commented recently on the On Faith web site:

“… prior to Roe v. Wade, … evangelicals were, with a few notable exceptions, confused and uncertain about the question of abortion. … By 1976, [three years after the High Court issued its ruling,] the Southern Baptist Convention would declare every abortion to be a “decision to terminate the life of an innocent human being.”

Similarly, the large evangelical movement would develop an overwhelming pro-life consensus, seeing abortion as a great moral evil and a threat to the dignity of all human life.

From the 1980 U. S. presidential election until the present, the pro-life movement has been populated, funded, and directed (for the most part) by evangelical and Roman Catholic leaders.

Beyond that, the emergence of crisis pregnancy centers and support systems for women considering abortion have come from the work of millions of pro-life Roman Catholics and evangelicals at the grassroots.

And so, today, we have very large and active pro-life and pro-choice movements working in opposite directions.

The current consensus on some aspects of abortion

Most people agree that an individual human ovum and spermatozoa are not forms of human life. They do exhibit three of the four characteristics required by the scientific definition of life: metabolism, growth, and reaction to stimuli.

Since a pre-embryo contains human DNA, it is considered a form of human life.

Also, almost everyone regards a new-born as not only a form of human life but as a human person.

The Roman Catholic Church teaches that no abortion is moral even if it is necessary to save the woman’s life.

However, most people agree that when a human life becomes a human person, abortion should be allowed in a few extreme cases such as when the woman’s life is threatened.

The problem is that there is no consensus on when a human life becomes a human person. Most in the pro-life movement believe this happens at conception.

The traditional Jewish belief is that a fetus becomes fully human when she or he has half emerged from their mother’s body.

Those in the pro-choice movement generally believe that it happens somewhere in between conception and birth.

One of many beliefs is that it happens when the higher brain functions of the fetus first turn on at about 24 weeks gestation and the fetus becomes sentient — able to sense its environment.

If these groups could be encouraged to come together and engage in sincere dialogue, there might be some hope of reaching a consensus and seeking a common solution. However, most of their interaction has been debate, not dialogue.

Garrett W. Berry. 2010. The Gospel Coalition. High Court Holds Abortion To Be ‘A right of Privacy’.

December 29, 2017
Atheists - How Many Of Them Are There In America?
Next Post