Atheists – How Many Of Them Are There In America? 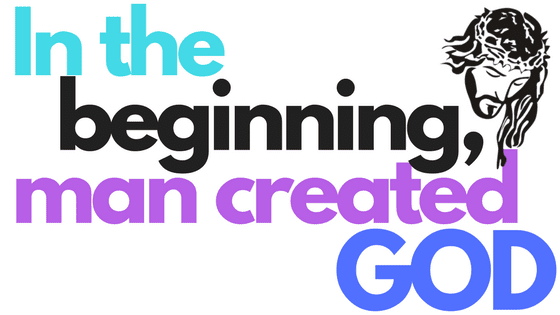 Accurately estimating the percentage of U.S. adults who are Atheists is like trying to nail a custard pie to the wall.

Pew used what is called the “self-identification method” during phone calls to estimate the percentage of Atheists in the U.S. They listed 15 possible religious affiliations. If the participant selected the “nothing in particular” option, they were then asked if they considered themselves to be an Atheist, Agnostic, or neither.

Gallup is different. They regularly poll peoples’ belief in God using a “binary response” method, during telephone interviews. They supply three alternative answers: “believe in,” “not sure about,” and “don’t believe in.”

Unfortunately, both answers would probably have been chosen by both Atheists and Agnostics. That might be the reason why the results are so much higher than Pew reported.

W.M. Gervais and Maxine B. Najle conducted a complex poll to determine the number of Atheists in the U.S. The full report was published on Sage Journal in May 2017.

They designed their poll to overcome the reluctance that Atheists must respond accurately. Many are suspected to falsely “present themselves as believers, even in anonymous questionnaires.” They conducted an Internet-based poll because the participants would probably have a much greater sense of anonymity, compared to telephone poll like those conducted by Pew, Gallup and other polling agencies:

The team collected a set of 2,000 randomly selected participants whose demographics matched national statistics and with whom they could communicate anonymously over the Internet.

In other words, the participants felt safer to give the correct answer over the Internet than over the phone.

By comparing the control and test group results, they were able to compute that 32% of U.S. adults are Atheists! There is no way in which the polling agency could determine which of the individuals polled did not believe in God. The individuals would know that they were safe and would probably answer more truthfully.

The other half, the test group, were given seven statements: six were the same as those given to the control group to which was added “I do not believe in God.” They were asked to respond with the total number of these statements that do apply to them.

Comparing the control and test group results they were able to compute that 20% of U.S. adults are atheists.

The two results, 32% and 20% were obviously quite different. The researchers believe that this is caused by people responding differently to positive and negative framings of a socially controversial statement. That is, the Atheists in the first test group found it easier to passively disagree that they believed in God than the Atheists in the second test group found it to actively agree that they were Atheists. They settled on the average of the two results: 26%. This represents more than 80 million adult Atheists in the U.S.! In comparison with the size of the two largest U.S. Christian denominations: there are more Atheists than members of the Roman Catholic Church and far more than the 15 million members of the Southern Baptist Convention!

Although this value seems intuitively impossible, a case can be made for its accuracy, depending upon the precise definition of “Atheist” that is used.

Pamela Whissel, writing for the American Atheist magazine, referred to the Oxford English Dictionary as:

She referred to the first of the Ten Commandments in Judaism and Christianity. There are three versions in the Bible. In the King James Version:

She says that, as far as people recognizing other deities: “This is nothing if not a mandate for atheism” — to not believe in a whole bunch of deities.

Two books dealing with Wicca and Neopaganism are still in print after three decades are:

Note: In this article I capitalize the words Atheist and Atheism. Usually, only organized religions are so capitalized. However we note that when an Atheist is asked what their religion is, they some answer “Atheist.” Although Atheism is lacking some of the attributes of religion, some regard it as a religion because it involves a belief about God , and often involves personal ethical beliefs. Thus I capitalize the term here.

December 26, 2017
Original Sin Is Actually A Form Of Scapegoating
Next Post

December 29, 2017 Roe v. Wade: The War Between Science And Religion
Recent Comments
1 Comment | Leave a Comment
"From Jesus' words in Mt16, Luke14 and others it seems He expects us to go ..."
Richard Lee The Conflict Between Absolute and Relative ..."
"Whosoever is a term used by God a lot.In old Testament, it is whosoever..... shall ..."
Herrnhut The Conflict Between Absolute and Relative ..."
"Is this the place to come to in order to illustrate how religion censors reality?"
Elind Hell And It’s Existence According To ..."
"BINGO!!!!The word that starts with h and ends in e and l and l is ..."
Elind Hell And It’s Existence According To ..."
Browse Our Archives
Related posts from Religious Tolerance