Original Sin Is Actually A Form Of Scapegoating

Original Sin Is Actually A Form Of Scapegoating December 26, 2017 Bruce A Robinson

Original Sin and Scapegoating in the Garden of Eden 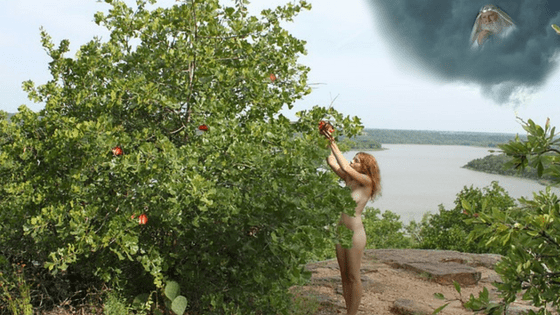 All Jews and Christians base their beliefs, in part, on the contents of the first five books in the Hebrew Scriptures (Old Testament) — also known as the Pentateuch.

However, individual groups within these religions, and others, interpret the books’ contents in different ways, and thus reach conflicting conclusions about what the books teach. Genesis is an excellent example of this.

Many religious conservatives believe that Moses was the author. Many religious liberals believe that some parts of Genesis included material from nearby Pagan religions and was written or adapted by three authors — or groups of authors. They are commonly referred to as:

Genesis’ Chapter 3 discusses Adam and Eve in the Garden of Eden. They are described as the first humans, individually created by God. They are the two common ancestors of all humanity, down to the present day.

Genesis explains how they disobeyed God and did what God specifically ordered them not to do: eat the fruit of the garden’s Tree of Knowledge of Good and Evil.

Today, the fruit is commonly referred to as an apple. However, there were no apple trees in Iraq in ancient times. A pomegranate was more likely to have been involved.

What do Americans believe about Creation, Adam, and Eve?

Jonathan Hill, a sociologist at Calvin College conducted a study of U.S. adults about evolution and creation during mid-2014. He found the following popular beliefs:

One common interpretation of Genesis 3 is that a talking snake convinced Eve to eat the fruit of the Tree because it would magically rearrange her brain and develop within her a moral and ethical sense that was lacking when she was created by God. She convinced Adam to also eat the fruit. God found out what they had done. He laid a curse on both the snake and the first couple.

A common belief among religious conservatives is that this indiscretion by Eve and Adam caused Original Sin which was later transferred to their children, grand-children, and all the way through hundreds of generations to everyone who is alive today. We, in turn, pass original sin on to our descendants.

How does Original Sin work?

There are three main historical interpretations of the nature of original sin within Christianity:

Many religious liberals reject the concept of Original Sin. After all, if Adam and Eve were created by God without knowledge of good and evil, then they can hardly be held responsibility for sinning.

Most liberals believe that transferring sins from a guilty person onto other individuals who are innocent of those sins makes no sense and is immoral. It would be like police finding out who robbed a bank and then arrested the guilty person’s daughter.

This is called “scapegoating:” transferring guilt and punishment from the guilty to the innocent.

Scapegoating is discussed in a biblical passage at Leviticus 16. It involved a ritual Hebrew ceremony in which the sins of the community were transferred to a goat. The goat was then driven into the wilderness where it would die. With his death, the community would be freed of its sins.

Person-to-person scapegoating has caused anti-Semitism to flourish in today’s world. Most anti-Semites believe that a few ancient Jews in Jerusalem caused the execution of Jesus by the occupying Roman Army. They further believe that all Jews at the time, and their descendants, and any persons since who have converted to Judaism are equally responsible for Jesus’ death almost 2,000 years ago. This legitimized the Holocaust in which over 6 million Jews were murdered during World War II.

Scapegoating has justified many genocides, before and since.

Scapegoating also leads to some people holding all Muslims today responsible for atrocities committed by a few radical Muslim terrorists.

But Bible verses in Ezekiel 18 say very plainly that sin is not transferable among people. One example is Ezekiel 18:20. In the King James Version, it says:

Similarly, the Gospel of Matthew teaches that, at the time of the Final Judgment, every human is directed either to Heaven or Hell, depending upon a single criterion: how the individual had responded to other persons in need. Those on Jesus’ right had followed the Golden Rule and helped others while they were alive. They”… inherit the kingdom prepared for you from the foundation of the world.” The others are routed to Hell.

The decision is made solely on the individual’s behavior, not their parents’ or ancestors’ behaviors.

GotQuestions.org. What is Pelagianism?

December 20, 2017
When Was Jesus Born? Certainly Not On Christmas
Next Post

December 29, 2017 Atheists - How Many Of Them Are There In America?
Recent Comments
1 Comment | Leave a Comment
Browse Our Archives
get the latest from
Best of Patheos
Sign up for our newsletter
POPULAR AT PATHEOS More Voices
1

What Is Animism?
Religion for Breakfast
Related posts from Religious Tolerance