The Whispers in the Loggia blog (WITL) has obtained a bishops-only internal briefing that was circulated soon after President Obama’s announcement of his HHS regulation “compromise.” 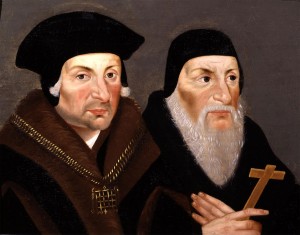 According to WITL, what follows “is the text of tonight’s internal, bishops-only briefing, obtained by Whispers and signed by the aforementioned quintet: the conference president, Cardinal-designate Timothy Dolan of New York, and the bench’s committee chairs for Pro-Life Activities, Cardinal Daniel DiNardo of Galveston-Houston; Doctrine, Cardinal Donald Wuerl of Washington; Domestic Policy, Bishop Stephen Blaire of Stockton, and the newly-formed arm on Religious Liberty, Bishop William Lori of Bridgeport.” Here is the briefing:

As you have heard, today President Obama announced an upcoming change in the federal rule requiring most private health plans in the U.S. to include coverage for contraception, sterilization and some drugs that can induce abortions.

The Administration’s stated intent is to protect a broader class of religious employers from being forced to pay directly for objectionable coverage or to list it in the plans they offer their own employees. But it does not meet our standard of respecting the religious liberty and moral convictions of all stakeholders in the health coverage transaction. Therefore we remain committed to rigorous legislative guarantees of religious freedom.

We remain fully committed to the defense of our religious liberty and we strongly protest the violation of our freedom of religion that has not been addressed. We continue to work for the repeal of the mandate. We have grave reservations that the government is intruding in the definition of who is and who is not a religious employer. Upon further study we are very concerned that serious issues still remain and we have found numerous problems which we will raise in this letter.

We heard of the change this morning. President Obama called our USCCB president, Cardinal-Designate Dolan, to tell him that significant changes would be made in the final federal rule in an effort to accommodate our concerns about the religious freedom of our institutions. He outlined these changes, and said the Administration would be in further dialogue with religious organizations to work out the questions that remain unanswered. He said White House officials were willing to meet with us to discuss the issue further. Later in the morning, senior White House staff came to our Conference headquarters to do so and to answer questions. Shortly after the announcement by President Obama, Conference staff held a conference call with staff from Catholic Relief Services, Catholic Charities, USA, Catholic Health Association, the University of Notre Dame and the Association of Catholic Colleges and Universities.

At present our understanding of the new final rule, at least part of which is expected to appear in the Federal Register next week, is as follows.

As you can see we have a great deal of work ahead of us. We need to study the proposal quickly, carefully and with all legitimate viewpoints represented in order to come to firmer conclusions. The Catholic Church has been the leading voice for religious freedom and moral conviction on this issue, and we want to commend all the bishops for the good work that has been done to bring this urgent issue to the very peak of public awareness. Our task is far from over. We remain fully determined to work strenuously with our many partners in service to the full exercise of the right to religious liberty in our country.

Our brother bishops permit us to repeat the principles that are guiding us:

First, there is the respect for religious liberty. No government has the right to intrude into the affairs of the Church, much less coerce, the Church faithful individuals to engage in or cooperate in any way with immoral practices.

Second, it is the place of the Church, not of government to define its religious identity and ministry.

Third, we continue to oppose the underlying policy of a government mandate for purchase or promotion of contraception, sterilization or abortion inducing drugs.

Thank you, brothers, for your commitment to work with everyone concerned about religious freedom in our society and to advance our principled goals. We will continue to keep you informed as we study this issue and learn more about this policy and our opportunities for its correction. We heartily welcome your observations and continued prayers and support.

February 11, 2012 Cardinal George of Chicago: "We cannot — we will not — comply with this unjust law."
Browse Our Archives
get the latest from
Return to Rome
Sign up for our newsletter
POPULAR AT PATHEOS Catholic
1

Cancel Culture? Or Actions and Consequences?
On the Catholic Beat
Related posts from Return to Rome

The Arctic Blast In Texas: A Warning Of...
We must be careful in the way we interpret particular weather events....
view all Catholic blogs
Copyright 2008-2020, Patheos. All rights reserved.