“Strengthen the Things That Remain” is the title of my most recent entry over at The Catholic Thing. Here’s how it begins:

“Counterfeit philosophies have polluted all of your thoughts
Karl Marx has got ya by the throat, Henry Kissinger’s got you tied up in knots

Former Arkansas Governor Mike Huckabee dubbed Wednesday August 1, “Chick-fil-A Appreciation Day,” encouraging his fellow citizens to patronize the establishment in order to show support for the ownership, which had recently come under fire by several local governments. It seems 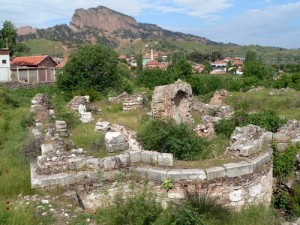 to have been a rousing success.

What precipitated this unusual event were threats by government officials in several major American cities in response to comments by Chick-fil-A President Dan Cathy. In an interview with Baptist Press, he said, “We are very much supportive of the family – the biblical definition of the family unit. We are a family-owned business, a family-led business, and we are married to our first wives. We give God thanks for that.”

And more provocatively on a radio program, he asserted, “I think we are inviting God’s judgment on our nation when we shake our fist at Him and say, ‘We know better than you as to what constitutes a marriage,’ and I pray God’s mercy on our generation that has such a prideful, arrogant attitude to think that we have the audacity to redefine what marriage is about.”

It’s clear that Chick-fil-A, as a corporation, supports a view of marriage tightly tethered to its ownership’s theological beliefs, anchored as they are in Evangelical Christianity. They are, of course, beliefs shared by a wide diversity of believers outside that tradition including Catholics, Orthodox, Muslims, Hindus, and Jews. It should go without saying that under the U.S. Constitution a citizen (or a collection of citizens – e.g., church, mosque, synagogue, eatery), who harbors these sorts of beliefs cannot be punished by the government for holding them.

In the words of Supreme Court Justice Robert Jackson, “If there is any fixed star in our constitutional constellation, it is that no official, high or petty, can prescribe what shall be orthodox in politics, nationalism, religion, or other matters of opinion, or force citizens to confess by word or act their faith therein.”

Nevertheless, this did not deter officials of several major American cities (including Chicago, Boston, San Francisco, Philadelphia, and New York) from issuing a series of secular fatwas, announcing that they would in effect include a religious test for holding business licenses.

Boston mayor Thomas Menino, for instance, said, “Chick-fil-A doesn’t belong in Boston. You can’t have a business in the city of Boston that discriminates against a population. We’re an open city, we’re a city that’s at the forefront of inclusion.” Well, in that case, the mayor’s office should be shut down, since while doing the business of city government it seems intent on discriminating against devout Christians and their businesses based on the degree to which their devotion offends secular sensibilities.

August 2, 2012
The Sun's Not Yellow, It's Chicken: An Analogy for Chick-Fil-A Skeptics
Next Post

August 14, 2012 David Crowder and Cornel West: Separated at Second Birth?
Browse Our Archives
get the latest updates from
Return to Rome
and the Patheos
Catholic
Channel
POPULAR AT PATHEOS Catholic
1