Too Good to Pass Up: Black Intellectual Roundtable Podcast

I came across this wonderful podcast hosted by Bret Weinstein, a biologist and evolutionary theorist who gained notoriety during the 2017 crisis at Evergreen State University.  In this podcast, Dr. Weinstein leads a discussion with an impressive collection of Black public intellectuals, some of whom I have admired for years and some of whom I had never heard of but whose works I look forward to exploring in the future.  If you are like me, you will likely find yourself agreeing and at times disagreeing with some of the points made by the participants. But you will walk away from the conversation realizing that you had just attended an intellectual feast that forces you to think about things you may not have thought of before.  For example, there is a very nice exchange between several of the participants on reparations, with each offering differing positions on the question. Chloé Valdary‘s argument for reparations is really thought provoking.  So much so that I found her argument one that I could be persuaded to accept.

Because in Spring 2021 I am slated to teach at Baylor,  “Markets, Morality, and Social Justice,” an undergraduate course that is listed under “Contemporary Moral Problems,” I hope to find among these writers essays to which I can introduce my students.

This is an outstanding discussion, one that should be a model on how we should converse with one another on the many issues surrounding race and American public life.

From the YouTube page, here are the bios of Dr. Weinstein’s guests:

Glenn C. Loury is Merton P. Stoltz Professor of Economics at Brown University. He holds the B.A. in Mathematics (Northwestern) and the Ph.D. in Economics (M.I.T). As an economic theorist he has published widely and lectured throughout the world on his research. He is also among America’s leading critics writing on racial inequality. He has been elected as a Distinguished Fellow of the American Economics Association, as a member of the American Philosophical Society and of the U.S. Council on Foreign relations, and as a Fellow of the Econometric Society and of the American Academy of Arts and Sciences. @GlennLoury on Twitter

After spending a year as a Bartley fellow at the Wall Street Journal, Chloé Valdary developed The Theory of Enchantment, an innovative framework for social emotional learning (SEL), character development, and interpersonal growth that uses pop culture as an educational tool in the classroom and beyond. Chloé has trained around the world, including in South Africa, The Netherlands, Germany, and Israel. Her clients have included high school and college students, government agencies, business teams, + many more. She has also lectured in universities across America, including Harvard and Georgetown. Her work has been covered in Psychology Today Magazine and her writings have appeared in the New York Times and the Wall St Journal. @cvaldary on Twitter

Kmele Foster is a co-founder at Freethink and serves as a lead Producer. His projects have included shows about the intersection of culture and revolution (“Pop Revolution”), fractious political debates (“Crossing the Divide”), and world-changing innovation (“Challengers,” “ Super Human”). Kmele is a regular contributor to various national outlets and co-hosts a syndicated media commentary podcast, The Fifth Column. In addition to his work in media and commentary, Kmele has previously helmed ventures in the technology, communications, and consumer goods industries. @kmele on Twitter

Thomas Chatterton Williams is the author of Losing My Cool and Self-Portrait in Black and White. He is a contributing writer at the New York Times Magazine, a contributing editor at the American Scholar and a 2019 New America Fellow. His work has appeared in the New Yorker, the London Review of Books, Harper’s and elsewhere, and has been collected in The Best American Essays and The Best American Travel Writing. He has received support from Yaddo, MacDowell and The American Academy in Berlin. He lives in Paris with his wife and children. @thomaschattwill on Twitter

John Wood Jr. is a national leader for Braver Angels, a former nominee for congress, former Vice-Chairman of the Republican Party of Los Angeles County, musical artist and a noted writer and speaker on subjects including racial and political reconciliation. @JohnRWoodJr on Twitter

John McWhorter is a contributing writer at The Atlantic. He is a professor of linguistics at Columbia University, hosts the podcast Lexicon Valley, and is the author, most recently, of Words on the Move. @JohnHMcWhorter on Twitter

Coleman Hughes is a fellow at the Manhattan Institute and a contributing editor at City Journal, where his writing focuses on race, public policy, and applied ethics. Coleman’s writing has been featured in the New York Times, the Wall Street Journal, National Review, Quillette, The City Journal and The Spectator. He has appeared on many podcasts, including The Rubin Report, Making Sense with Sam Harris, and The Glenn Show. @coldxman on Twitter

July 23, 2020
The Desecration of Catholic Churches Across the U.S. - Wall Street Journal
Next Post

July 30, 2020 New Article: "Moral Status and the Architects of Principlism" (The Journal of Medicine & Philosophy)
Recent Comments
0 | Leave a Comment
Browse Our Archives
get the latest from
Return to Rome
Sign up for our newsletter
POPULAR AT PATHEOS Catholic
1

More Important than Belief in the...
Messy Inspirations
Related posts from Return to Rome 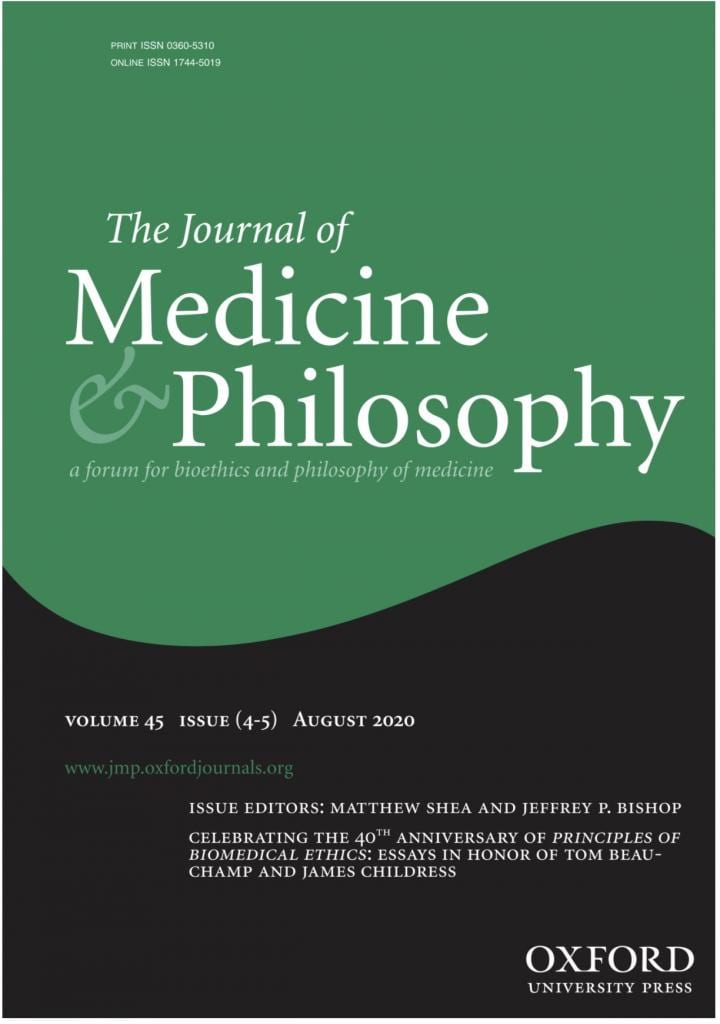 Catholic
New Article: "Moral Status and the Architects of...
Return to Rome

Catholic
Dr. David Anders on relics and intercession of...
Return to Rome
TRENDING AT PATHEOS Catholic