Get updates from ReImagine delivered straight to your inbox

The Secret to Pleasing God 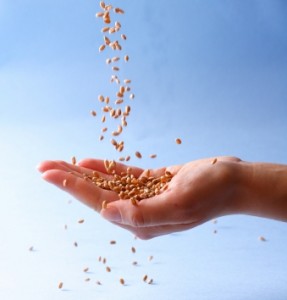 So what is it? What is the secret to pleasing God?

When we consider Jesus’ parable of the talents, most of us Christ-followers understand that each of us has been commissioned as a steward. Each of us would likely agree that we want to please God in our role as a steward of the time, talents, and treasure He has given us.

When we read about what happened to the unprofitable servant with one talent, we’re sure we don’t want to be that guy. So how can we ensure then that we don’t end up cast away like him?

I would suggest that the secret to pleasing God starts with understanding what it truly means to be a steward.

What It Means to Be a Steward

Most people would define a steward as a manager. But that’s only partly accurate. A steward is one who manages something in particular – risk.

As evidenced in the parable of the talents, a steward is ultimately a risk manager. And taking risks requires faith. That’s why the servant who buried his talent – and took no risk – was cast out so decisively. He failed to take any risk because he lacked faith in His Master:

But without faith it is impossible to please Him, for he who comes to God must believe that He is, and that He is a rewarder of those who diligently seek Him. (Heb. 11:6)

We could just as accurately say that without risk it is impossible to please God. The unprofitable servant played it safe with His master’s resources and paid the highest price for it. His rejection of risk condemned him as evidence of his lack of faith. And without faith – well, impossible is a pretty straightforward way of putting it.

But What If We Fail?

We all make decisions every day that require risk. We’re either making them with an eye for managing risk for our Master or running from them in fear because we think of God as a vindictive boss who will punish us for trying and failing with His stuff. And truth be told, we’re afraid of failing.

What if we try and see no results? What if we take risks for the Kingdom of God and lose God’s resources? Won’t He then consider us to be unprofitable servants?

Here’s what we fail to realize: God never loses. When we take risks and seem to fail for Him, it’s as if were just shifting God’s stuff from one pocket to another. It’s all still His. We’re just not managing that risk for Him anymore.

Because we acted by faith – because we took a risk for Him and His Kingdom – we can be confident that our stewardship has been pleasing to God even if we have little left to show for it in our own pockets.

It’s what’s in God’s pockets – and in our hearts – that truly matters.

Do you struggle to take risks for Christ with His resources? Share your thoughts or story with a comment below. 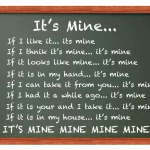 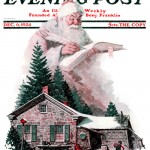 November 20, 2013 Does Your Christmas Giving Come But Once a Year?
Recent Comments
0 | Leave a Comment
"At times, though, when the game has gone on too long, a person needs to ..."
Susan P When God Plays Hide-and-Seek with You
"Os recomiendo este otro video youtube sobre regalos originales: https://www.youtube.com/wat..."
Estilos de Moda Check Out the New “One to ..."
"This is spot on. The kingdom economy of Jesus invites usinto different end goals for ..."
J. Mark Bowers With Apologies to Dave Ramsey – ..."
"very nice and helpful =) http://newhack24.com/stilla..."
Sa Ra Good and Faithful: What It Means ..."
Browse Our Archives
get the latest from
Evangelical
Sign up for our newsletter
POPULAR AT PATHEOS Evangelical
1 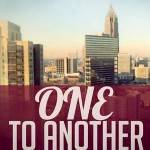 Evangelical
Check Out the New "One to Another Atlanta"...
ReImagine 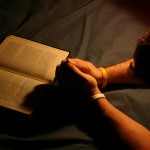 Evangelical
Good and Faithful: What It Means to God
ReImagine 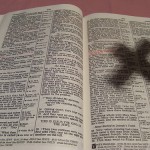 Evangelical
Are You Being Refreshed by the Word of...
ReImagine 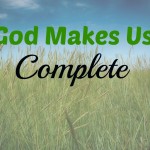 Evangelical
What Does It Mean that God Makes Us...
ReImagine
TRENDING AT PATHEOS Evangelical