They Came to Divide My House: The Shaming and Racialized Rhetoric of Anti-Abortion Billboards

They Came to Divide My House: The Shaming and Racialized Rhetoric of Anti-Abortion Billboards June 4, 2015 Guest Contributor 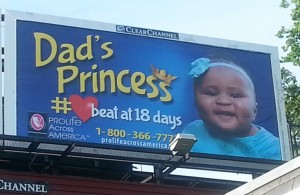 At a press conference hosted a few weeks ago by SisterReach, a Memphis based Reproductive Justice Organization, Black women and allies stood in a predominately Black neighborhood declaring with authority that the billboard looming above them all was disingenuous, anti-woman and racist. The group demanded that the billboard under which they stood and two others like it be removed from Black communities in Memphis. Because of their efforts and those of their partners, the billboards were removed.

SisterReach has since heard from Pro Life Across America (PLAA)—the group responsible for these billboards—that they have no anti-Black agenda and are only seeking to invite Black men to be more present in the conversation about birth options. I contend that while at first glance, the billboard may seem innocuous, each of its elements is a building block in a strategy to drive an ideological wedge between Black women in crisis and the rest of our communities.

The billboard under which this event took place featured three main elements: a picture of a Black child; a message aimed at Black men; and the logo and tagline of the organization that posted it. Who is the billboard speaking to? Who is it NOT speaking to? Who posted it? Why? The answers to these important questions lead us to the reason SisterReach had to respond.

The intended Audience for this billboard seems to be Black men. The “Dad’s Princess” message  and Black baby image pretty clearly shows that no matter what the conversation is intended to produce, it is intended to do so with Black fathers or men who might see themselves as potential fathers. The presence of the Pro-Life Across America logo (which features an image of a fetus) juxtaposed with the image of a Black infant could potentially create an emotional response that links the two images in the mind of the audience. Add to these elements the tagline, “Heartbeat at 18 days,” and we have a pretty good picture of the group to whom the message is directed and the nature of the ideology behind the message.

By orienting this conversation directly toward Black men in this way, Pro Life Across America does not simply offer men a voice in the conversation about abortion in Black communities, but suggests that they should have a final, authoritative voice on the matter. She’s DAD’s Princess after all. Mom is nowhere in the conversation. The possessive pronoun announces ownership—perhaps not just of the fully developed child, but of the prominently displayed fetus as well.

The message to Black men is also a prescriptive one. Black baby + “Dad’s Princess” + anti-abortion messaging = “Black men, you must stop ‘your’ women from having these abortions.” Though women are NEVER directly referenced, clearly, if abortion is the issue and Black men’s authority is the solution, then Black women, though silenced by the conversation, must be the problem. In other words, the billboards are in OUR neighborhoods. They are addressing OUR fathers, husbands, brothers, lovers and friends about OUR pregnancies, but the women upon whose bodies this conversation must necessarily be inscribed are not welcome to speak.

The voice of the woman is left out of the conversation because her life, her experience, her history as the primary caregiver of whole communities disrupts a weakly built narrative of her as irresponsible, Godless and in need of control. The clean transfer of ownership of her body from the hands of White supremacist, pseudo-Christian,  misogynistic heteropatriarchy to the hands of a Black manhood that was heretofore never allowed full possession of it requires her silencing and shaming—and requires her to be the enemy to the desire for respectability so deeply entrenched in our communities. It is to this sense of women’s bodies, voices and decisions as dangerous things in need of control for the sake of the respectability of the “race” that PLAA appeals when addressing Black men about controlling Black women’s bodies.

PLAA calls itself a Christian organization. Based in Minnesota, it has absolutely no ties to ANY of the Black communities in which it plants its flag, yet assumes in has authority to speak into the issues that face Black communities. Beyond the offense of assuming that we need their voices in our communities to tell us what’s right, PLAA repeatedly misses the point of “Promoting Life.” We find it unsettling that they claim to serve the same Jesus we serve, but have no concern for the lives of the people beyond birth.

They stretch biblical texts and dispute medical facts to support their desire to control women’s bodies, but refuse to acknowledge that the Jesus they claim to serve offered kindness instead of judgment to women in crisis even when the law might condemn them (John 4.7-42; John 8.3-11). PLAA is concerned with what happens 18 days beyond conception, but they have raised no voice for “Life” when our children are shot down in the street in barely 18 years. Their concern is not for our lives, our babies or our souls, but for our compliance with their narrow understanding of God’s will (which always seems to fall in support of a right-leaning political agenda).

We at SisterReach ARE the women we serve. We are women of faith who understand that a house divided will not stand. We resist organizations like PLAA and their messages because they seek to divide our house for their own purposes. Whether you believe in abortion or not, this approach by this organization is unacceptable. PLAA assumes it has the solutions to our problems, and that we need them to guide us. Their uninvited insertion of themselves into our conversations about issues that concern our families reeks of unchecked privilege that should incense EVERY Black leader regardless of their stance on women’s issues. 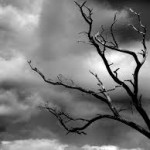 June 5, 2015 "I Call Bulls*%t!!": Rhetoric, Racism, and the Reality of Living Black and Woman in America
Recent Comments
0 | Leave a Comment
Browse Our Archives
get the latest from
Progressive Christian
Sign up for our newsletter
POPULAR AT PATHEOS Progressive Christian
1